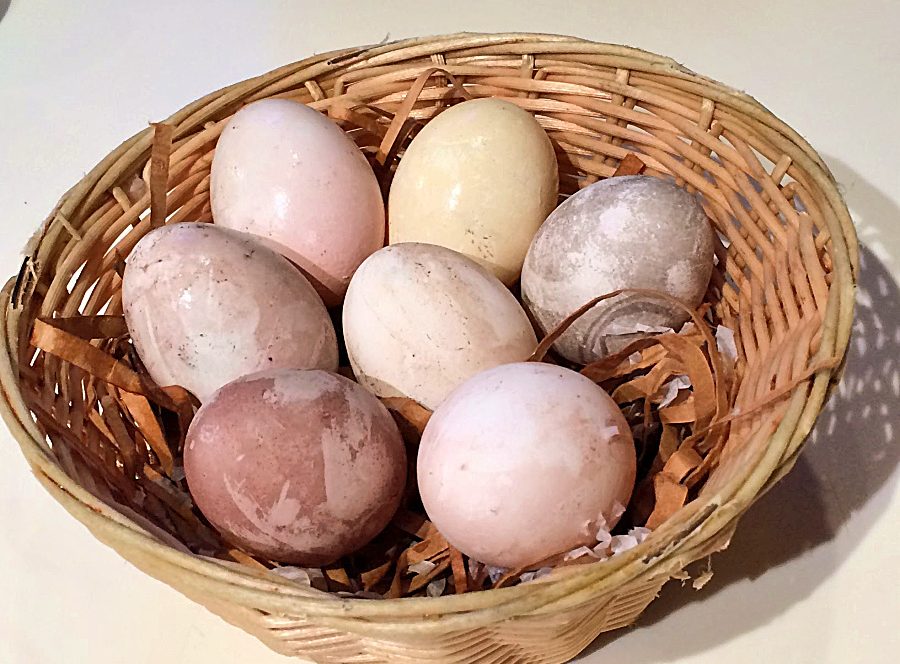 There’s something about Easter egg waste and chemical dyes that makes me squirm. Of course there are store-bought, non-toxic natural Easter Egg dyes out there, but I set out to create my own from ingredients in the fridge. The result was muted and beautiful – almost what you would find if you happened upon a bird’s nest in nature. Natural easter egg dyes also make it healthier to consume the hard-boiled eggs after the fact. And after you master these, maybe cloth dying is in the cards!! 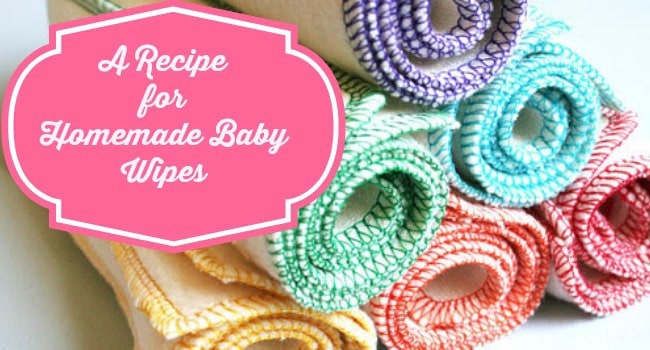 There’s nothing as soft as baby skin. Especially if you are washing your diapers, throwing a few wipes into the laundry isn’t a big deal. When my kids were small I would fill a thermos coffee dispenser daily with warm water and always have cloths as baby wipes.  This Natural Homemade Baby Wipe Recipe would have made things even easier!

Take a handful of dates and a handful of almonds and whirl in a food processor until finely ground. Add in handfuls of coconut, seeds (pumpkin, sesame, flax), 3 T cocoa powder, plus 1 T honey or maple syrup. Then drizzle in  2 T water while blending until it forms a paste you can roll. Then roll into balls and roll these in coconut, flax meal, sesame seeds or cocoa powder!
You can also add nut butters, dried apricot or any other flavours you wish.
Recipe courtesy of Sarah Juliusson, Birth Your Business
Hemp cloth wipes (shown) available through Curly Monkey on Etsy.
Share:

They're Still Loud but Boiron Camilia kept them Happy 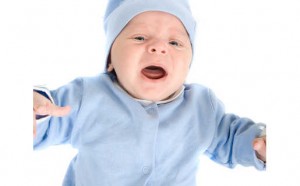 Many readers know that my son went through colic.  But I’ve never really admitted the full extent of the turmoil that swept our house for 18 months.  So in the spirit of our new blog, I will dish it.  I was kicked out of mommy and me pilates.  (Twice).  And then excused from a breastfeeding group with nurses due to the excessive noise.  People would come up to me on the street with advice (constructive criticism..).  “I think he’s hungry!  Wet!  Tired!  Overstimulated!”

What kind of mother would take a child that screams for an hour into a grocery store?  The kind that needs groceries and has no other option, thank you.  If you would care to watch him at home while I shop I would be grateful.  But he will cry – no matter how many needs you satisfy.  And he won’t get tired BY THE WAY – not even after 4 hours straight.  It went on and on, and experts weighed in as close friends worried my husband and I would drive off a dock hurdling the whole family into the ocean in our LandRover.

Along with the other suggested colic remedies, we were introduced to Boiron camilia.  I had used their arnica montana as a homeopathic remedy after giving birth and we decided to try the camilia.  Typically recommended for teething, this natural herb is free of acetominiphen and anisthetics and is fully safe for babies.  More important, it had a calming effect on our little (screamer) monkey.  You twist the tip off the plastic tube of the convenient individual dose and can even slip the liquid into baby’s mouth while nursing (or better yet, have them pretend it’s a nipple and suck it out).  We would have ‘picnics’ and I would have chamomile tea when he had his ‘medicine’.

Now that my two boys are bigger, though not quieter (now they never stop talking), they catch colds at school and get boo boos as they tumble.  Insect bites while tree climbing are common.  Boiron has (thankfully) expanded their lineup so I can keep curing the boys with natural medicines.

DAPIS gel is an ointment to relieve hives, itching and promote the healing of insect bites.  Now they tell me.  (I didn’t have to buy all of that mosquito netting after all.)  The flip cap ensures a tidy application and the 40g tube is easy to slip into a purse or diaper bag. 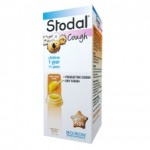 I was one of those parents taken aback by the research on and subsequent removal of traditional childrens’ cough syrups from the pharmacy shelves.     And it, of course, became another bone of contention with the older generation, “Well I gave it to you and you turned out fine! Kids these days…”   Thankfully, STODAL honey-based cough syrup is great for kids over one year of age and – ahem – looks like any other ‘traditional’ cough syrup.  So your mom doesn’t need to know that you’ve changed up the parenting practices.  It’s so yummy my kids keep asking for it on their pancakes.  When you come from Canada and it ousts maple syrup you know you’re onto something.  (It now also comes in sugar-free).  Unfortunately it doesn’t make the kids drowsy, so they keep talking and talking, but at least they’re not keeping me up at night with the cough.  And I have Boiron camilia with my nighttime tea, so I’m relaxed anyway.

Disclosure: This post was sponsored by Boiron.  As always our opinions are our own.

Whether you are a first time mom with questions about feeding your baby or a seasoned veteran, read on to learn more about organic baby food and the benefits for your baby and the environment.

1. Reduces your infant’s exposure to harmful herbicides and pesticides

3. Improves the quality of your baby’s nutrition

5. Helps protect your baby against the onset of future illness

6. Reduces the amount of harmful residue found in the meat your baby eats

8. Organic certification is strictly monitored to ensure your baby is receiving the highest standard of food

9. Protection of future waters through use of natural ingredients in the soil

10. Protects the environment for the next generation

This bench, looking out over possibilities. Immens

We left Toronto yesterday for the 2 hour trek to P

Last spring I volunteered to teach kids and famili

Hey!! It’s #nationalcouplesday! We are so lucky