Having a baby who is only a few weeks old cry, inconsolably, on and off for hours at a time is a dramatic challenge. Parents are exhausted, and often feel conflicting emotions that cause them to question themselves and the health of their baby. Parents of colicky babies can become isolated and confused at a time when being connected and calm would be so much more helpful.  There are more lay theories about colic than virtually any other paediatric disease, and while some of these may have some truth to them, none of them have been proven, and some are just wrong.

A) “There is something wrong with my breast milk that is causing the colic”:  DON’T YOU BELIEVE IT!!! Breast milk is an invaluable asset to your child. It carries the right nutrients, in the right amounts, at the right time. There are antibodies and other important components of your breast milk that will minimize your child’s risk of winter illness, asthma, bronchiolitis, croup, diabetes, obesity, and many other illnesses. Further, there is no convincing evidence that breast milk has anything at all to do with colic, except, perhaps, that breast fed babies have less colic than their bottle fed peers.  Mothers of colicky babies are more likely to stop breast feeding than others, with the consequence that those babies lose the benefits listed above and the many other benefits that aren’t. As a society, we love to unfairly blame women for many things; amazingly (to this male paediatrician), women often seem to accept it. This is one of those times, ladies. “Baby isn’t right? Must be mom’s fault somehow…” Don’t buy into it. It is almost never true.

B) “The [insert substance here] in Mom’s diet is getting into the breast milk”:  Some physicians will recommend big changes to a mom’s diet, thinking that perhaps the baby has a “cows milk intolerance” for example, and that the cow’s milk protein might leak into breast milk if mom drinks lots of dairy. There is a bit of evidence that supports this (not much, and not particularly good), so a moderate change in diet, to see if it makes a difference, is not necessarily a bad idea. I don’t usually recommend it. Again (big theme in this article) listen to yourself and your baby.  Critically, don’t make huge changes to your diet; you need to eat in order to produce breast milk. You also need sleep, a non-stressful environment and an absence of pain to produce milk in large quantities, and this is especially true of first time moms. So given that colic already cuts down on two out of three of these, don’t deny yourself the comfort food you really need on the basis of weak evidence.  What I don’t like seeing is moms who are run ragged trying to identify the mythical element they are eating that is causing the problem. This is really just blaming yourself, and it speaks to the second point on the first page, ie. “this isn’t your fault”.  Drugs and drug like chemicals can very definitely get into breast milk. A good rule of thumb is that if the chemical can give you a buzz, it can get into breast milk. So: caffeine, nicotine (from smoking or living with a smoker), alcohol, pain killers, antidepressants, sedatives, street drugs….. all of these can get into breast milk. So can many others. Talk to your pharmacist or physician about any drugs you are on, stop smoking and make everyone else smoke outside on the porch. Don’t do alcohol or street drugs (period, really, but especially while breast feeding).

C) “There are no colicky babies, only colicky parents”: Nonsense. Many studies have been done on colicky babies, and independent observers have measured increased crying and agitation in babies identified as being colicky. Yes, they have also noted increased incidence of depression, anger, hyper-awareness of the child, etc, but in my opinion that is probably caused by the colic, rather than a cause of it. It’s like finding heightened anxiety among inhabitants of a war zone; you wouldn’t jump to the conclusion that anxiety caused the rocket fire. Your favorite relative making you feel that you are just making all this colic stuff up, and that you are “too flighty” or “too inexperienced”? Tell him he’s wrong.

D) “She’s constipated!”: It is entirely possible that colicky babies are having pain because they don’t know how to poop yet. Some studies have suggested that baby’s bowels move in a less coordinated way than adult bowels, and that maybe colic is essentially gas pain. But giving colicky babies laxatives is a horrible idea, one that can cause very serious side effects and very definitely harm your child. A glycerin suppository is safe, and will help your baby have a stool without any drugs entering her system. Ask your doctor before trying anything else. Remember too that a normal baby stool pattern is anything from multiple times per day to once every several days. Breast milk and formula are low residue diets, and after the baby has passed the meconium (the stool that built up while still inside mom) there may not be a lot of stool there to get out. Is a glycerin suppository worth a try if your baby is crying and hasn’t had a stool for a day or two? Sure…. but don’t expect it to cure colic, and don’t be surprised if it has no effect.

E) “This [insert cure here] always works for colic; your doctor is crazy not to mention it”:
Colic is one of those conditions that invites experimentation, and every parent of a colicky baby has done this. The gripe water. The multiple diet changes. The massage. The Mozart on high. It is easy to believe that the last thing you tried just before the colic went away was the magic trick that worked. However, when all of these and most other “cures” are subjected to careful study, they just don’t stand up. There is no proven cure for colic, except time and patience.  So, by all means experiment. But make sure that anything you try is safe, and in the best interests of your child. Becoming increasingly frustrated by working yourself up to believe in a cure only to have it fail is not in the best interest of your child (or you, really).

The things I recommend that parents try are below. Some may work, but again, none have been proven:

– Simethicone (Ovol) or Gripe Water: These products are incredibly safe; most studies do not find, however, that they do much. Some parents swear by them. They are cheap, safe, and probably not effective. If you want to try them, do so.

– Motion: Many babies with colic are motion sensitive; this isn’t a cure for colic, but it might give you some control over the crying. If your child settles whenever he is in the car, or if you can settle him by cuddling him into your body, and “dancing” GENTLY up and down and side to side, you can use this to get a little peace.  I don’t advise that sleep deprived, frustrated parents get into a car and drive around at 3:00 AM; that sounds like a recipe for a car crash to me. Rather, I suggest that you put your child in a rocker or flat swing (so he is lying back, not sitting up) and see if rhythmic swinging works, at least long enough to catch your breath and have that cup of tea.  Some people even duct tape their child’s car seat to the top of the dishwasher and run a cycle, so that the child “thinks” he is in the car. I am not sure I can recommend this; the noise from the machinery might be pretty loud on a baby’s sensitive ears. If you decide to try this, make sure that your child has his seat belt done up and that the car seat can’t fall from the machine. That’s CAN’T fall, no maybe’s. And don’t go out of the room.

– White Noise: This is probably similar to motion sensitivity above; put the fan on or run the vacuum cleaner and see if it helps to settle your baby. Not too loud! As I said, your baby’s ears are sensitive, and you don’t want to damage her hearing.

Check our article on High Needs Babies too.

Dr. Brett Taylor is based in Halifax, Nova Scotia. 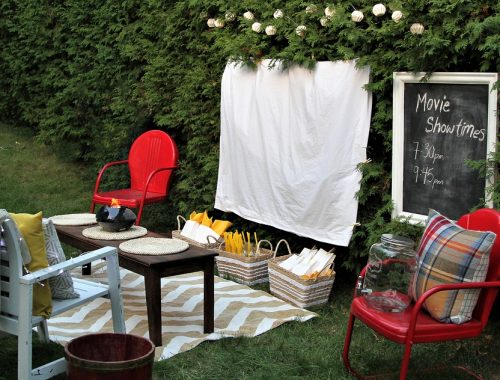