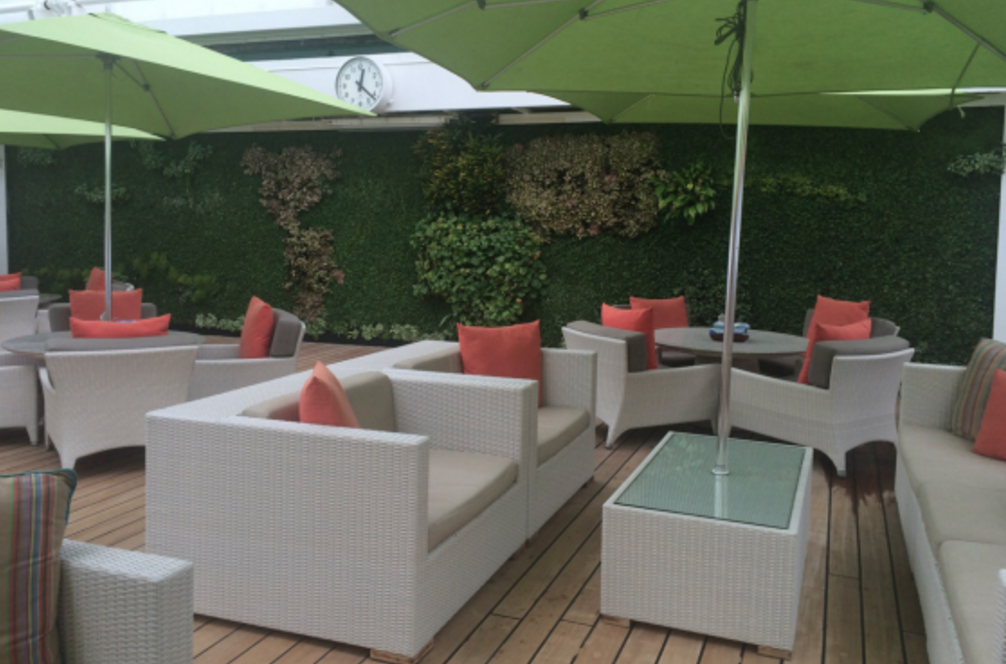 Crystal Symphony Gets a Makeover

When Crystal Symphony got a makeover, we knew it would be spectacular. We were given the chance to tour Crystal Cruises‘ new $15 million renovation of the Symphony and we were blown away. Crystal offers an all-inclusive experience, helping guests to be able to truly relax without worrying about tips and beverage charges. The recipient of the Conde Nast award for best cruise line 20 years in a row, Crystal has adapted to changing demographics and passenger needs (the average passenger age is 47) by relaxing the dress code, though you will still see loads of tuxes. Menus have also undergone a fresh makeover, with modern cuisine left side of and the traditional on the right.  The only luxury cruise line to offer children and teen areas, I found the design of these spaces fresh and innovative. 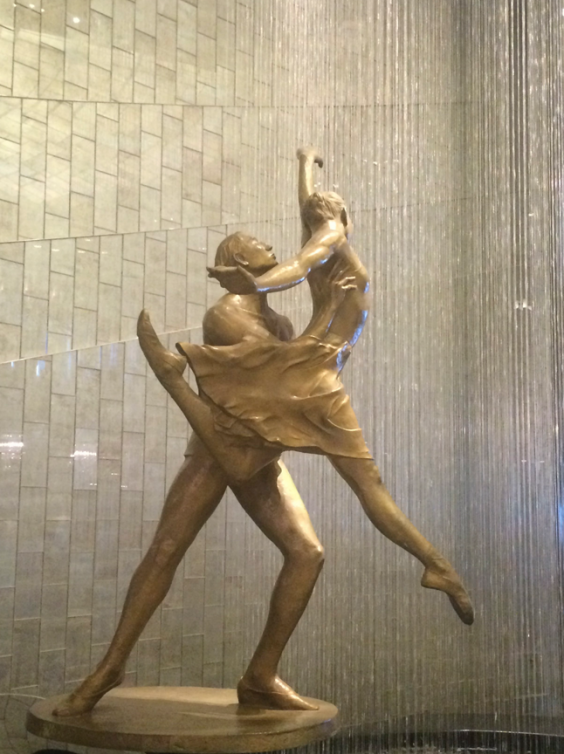 Onboard there are 2 specialty restaurants – the Silk Road Sushi bar and Italian and guests can reserve these spaces twice per trip. The gym has been refit with new equipment by techno gym (the same machines that World Cup teams use to train.)

Edie Rodriguez, President and CEO of Crystal Cruises, started with the company in 2013 but loved ships so much that she came aboard a cruise anonymously prior to her tenure. The staff wowed her with their memory of guest names and their attention to her unique breakfast desires. In time she heard stories of one staff member ordering a recliner for a guest to fulfil a need, and many crew members who have accompanied passengers ashore for medical treatment. Aspiring to be across the globe, Rodriguez has big plans for the company, adding a third ship in 2018 and gearing up to celebrate Crystal’s anniversary in July.

The unique tours for late risers, bespoke adventures and voluntourism opportunities while aboard were very exciting and it was clear that innovation with a perfect balance of tradition flood from every Crystal experience. 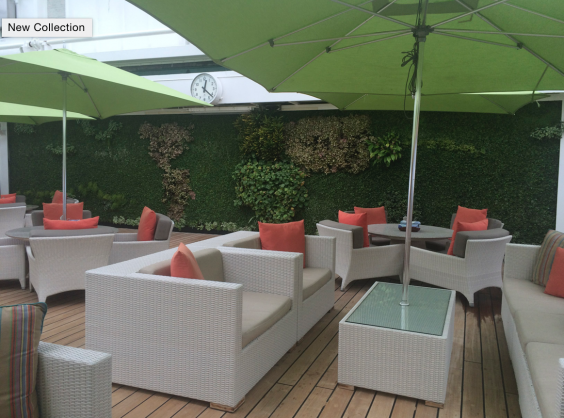 The bright Trident Bar and Grill speckled with lime green umbrellas and orange cushions featured a living wall in the shape of the earth. 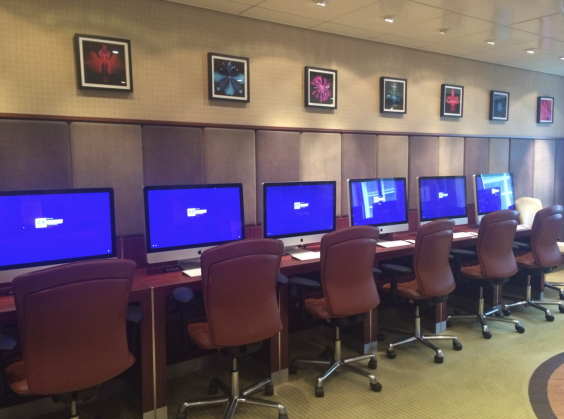 Computer University @ Sea began 20 years ago and allows passengers to create websites, hone their computer skills and share details of their journey with loved ones back home. Every computer can run a PC or Mac interface. They also offer iPad and iMovie classes. 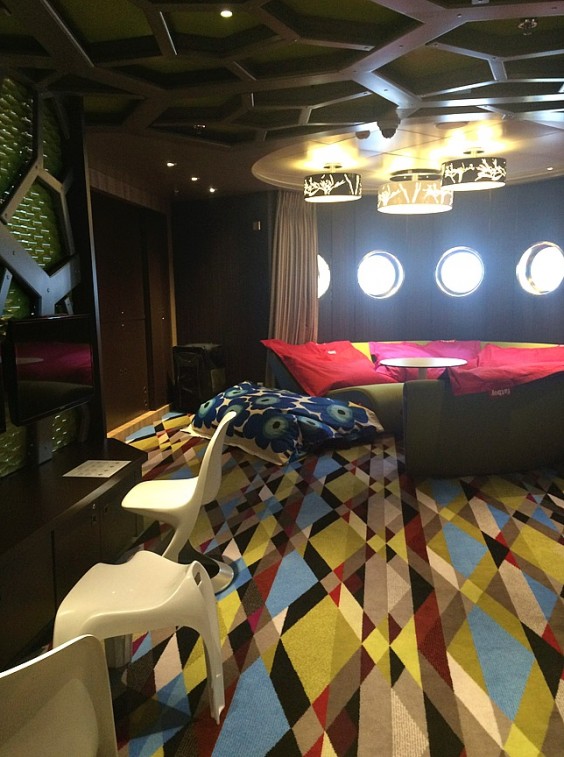 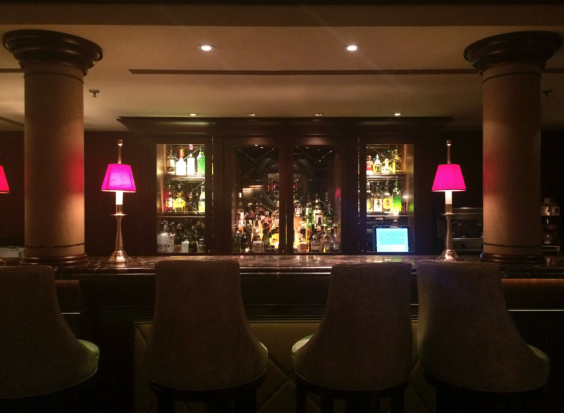 I loved the smell and opulence of the cigar lounge. 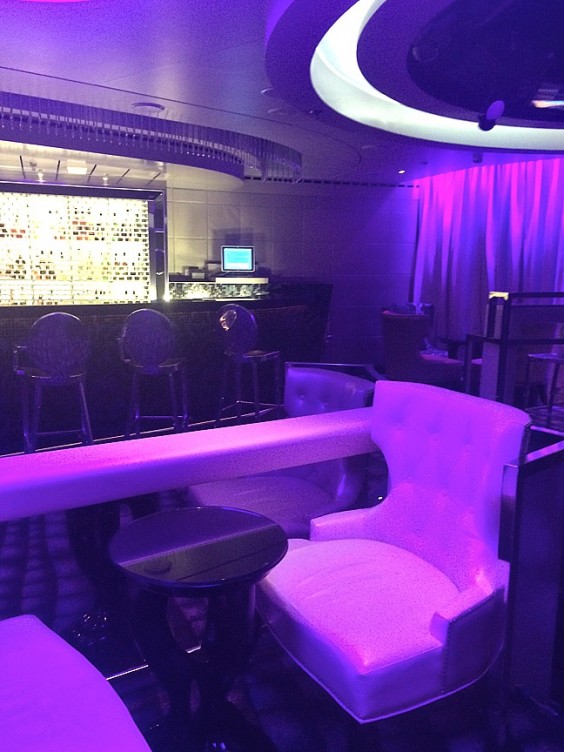 With it’s vibrant purple hues and while leather seating, Luxe Nightclub would be a fantastic place to dance!

Staterooms were huge for ship standards, and the decor clean and lofty. Deck 9 has ‘pure’ rooms in which everything is hypoallergenic.

I certainly would love to cruise with my family on this ship – perhaps my son can use the gym equipment and fulfill his dream of being in a World Cup one day! 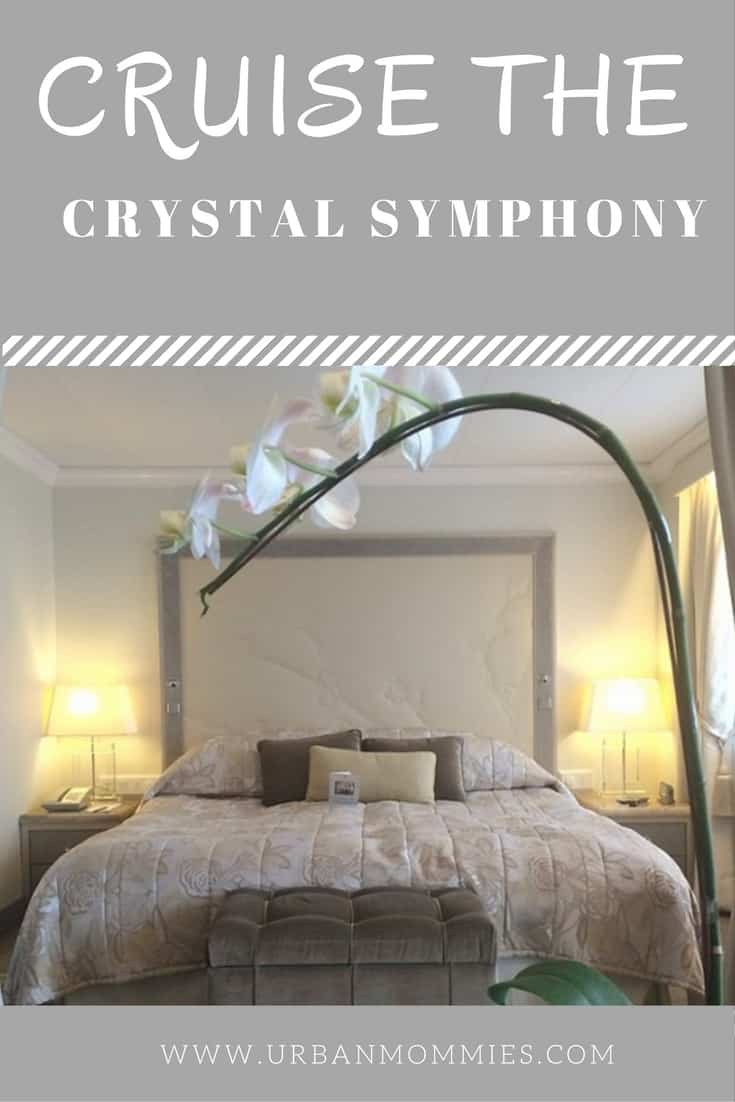 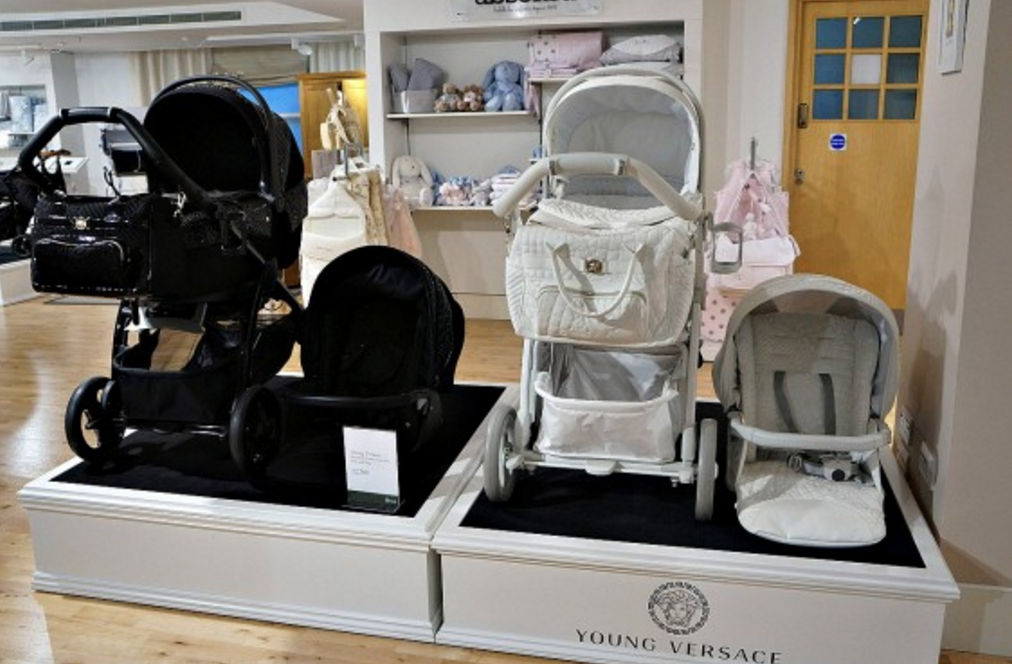 Our Favourite Luxe Top Strollers for 2015

Always top of mind when you are pregnant is the stroller. This year we’ve put together our top strollers for 2015 with luxury in mind. 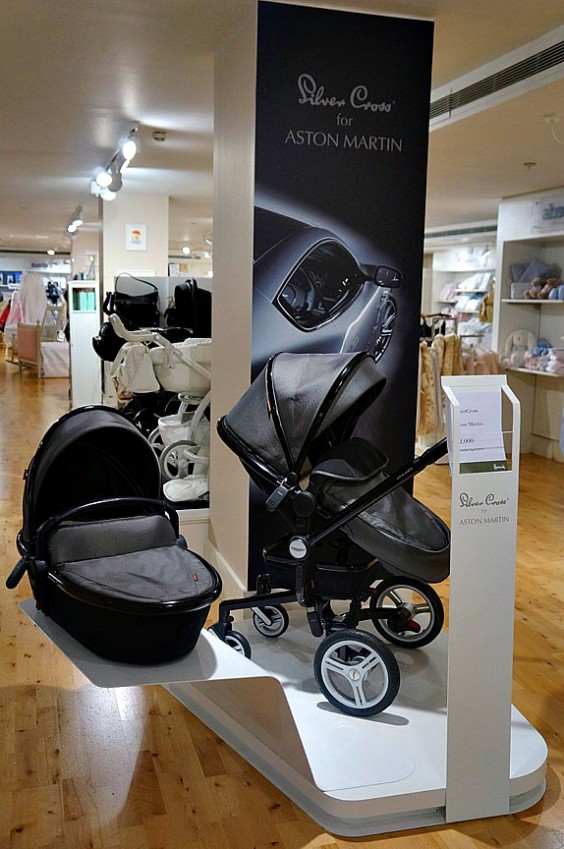 1. The Cadillac of strollers. The Silver Cross was beloved by our own mothers while walking on bustling urban streets and it’s back with a vengeance in partnership with Aston Martin. And kick-ass wheels (of course). Oh, and it includes a 100% cashmere baby blanket.

2. Young Versace makes a beautiful carseat/bassinete/stroller system for a child from 0-3 years. The medusa logo is embroidered on the bedding, and the handle features a latte holder. Which you will absolutely need. 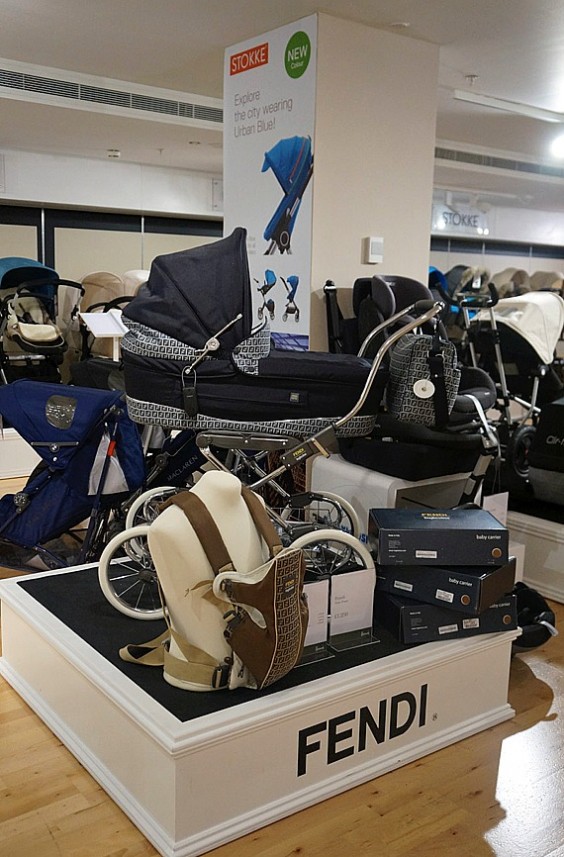 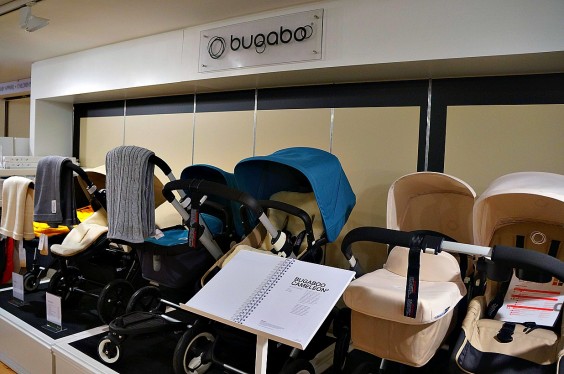 4. One of the North American preferred brands has been Bugaboo. Easy to shift, sexy to push and with tons of accessories like umbrellas and jogging extensions, this is a well-priced, durable model. Special editions by Diesel, Andy Warhol and Kaviar Gauche are also available. 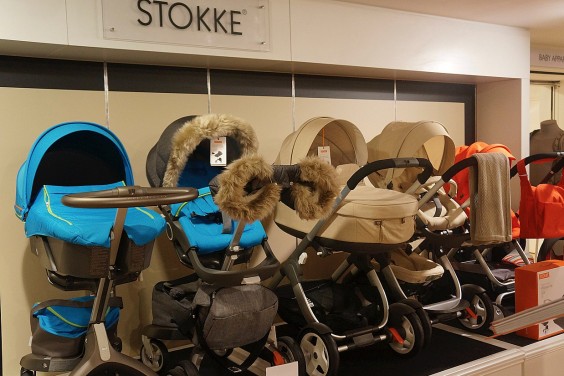 5. The Stokke line takes ergonimics very seriously, and the strollers are super easy to adjust. We love the design and how they look as if they are hovering on one bar with your tiny one floating! 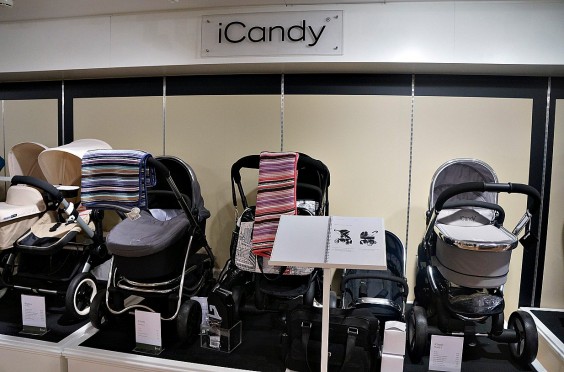 6. iCandy is another UK brand who stands behid innovation. Soon they will launch a custom line, and even if you don’t want to design your own, the vibrant colours in the existing roster are spectacular. iCandy also offers limited editions. 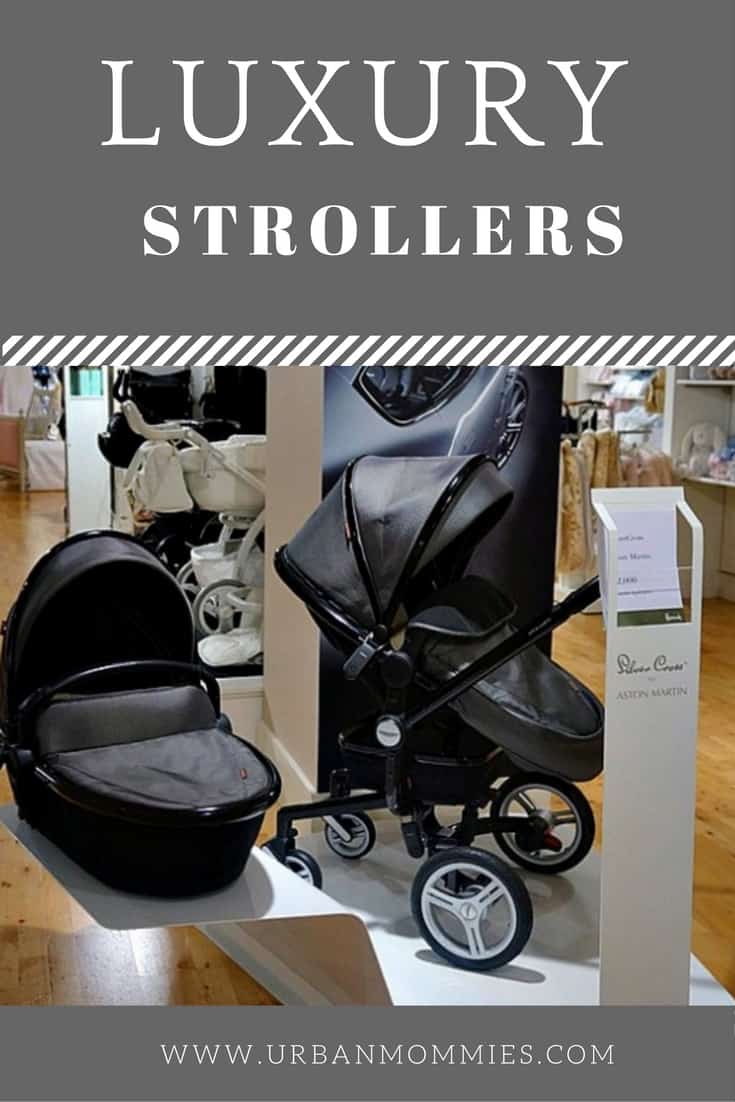 Test Drive of the BMW X5

This car positively purrs and it a fantastic ‘mom-mobile’.  The BMW X5 is roomy and offers a ton of family-friendly features that make it a great option if your bank account can handle the hefty price tag.

I’m on a plane and a Humphrey Bogart film is playing on the seat next to me.  I think of the photos on the wall of the Mandarin Oriental Elbow Beach Resort Bermuda and smile.  To be alive in those days.  To have been at the 1925 party with the hair and dresses on the patio.