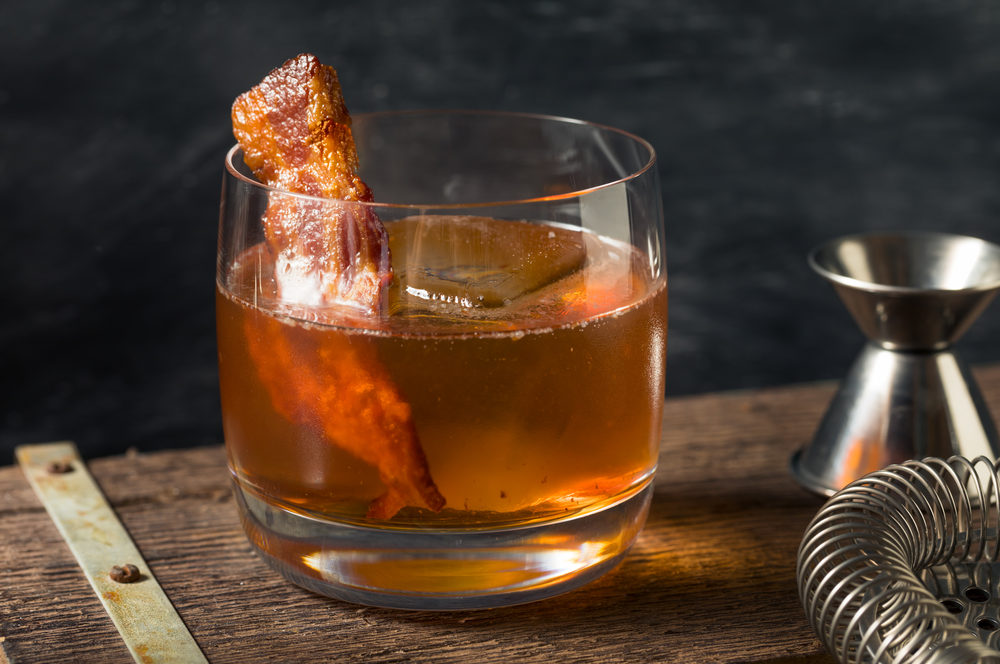 The BNB. A Bacon stirstick with Bourbon. Divine.

I love shocking people.  It happens every time I order a bourbon.  The drink just seems incongruous with my classic look and soft spoken voice.  So while at the Ritz Carlton Lake Tahoe, it was a thrill to see the waiter’s face when I ordered the BNB.  (My colleagues were pretty surprised too, as photos of the drink flew around Facebook and Twitter).  Still evaluating the exact moment to eat the bacon, I must practice this one at home a few times before I perfect the methodology.. Or just head back to the Ritz.