The Day I Gave Bob an Uppercut

Knee. Kick. Jab. Feel empowered? I sure did. Founded in 2004, the 30 Minute Hit is a series of women-only boxing gyms across Canada that are now expanding into the US. Unlike other sweaty, male-centric, dingy back-alley gyms, Jackson and Deanna Loychuk created a female-friendly and time efficient circuit system where women can fit in a workout with kids in tow. The child and baby-safe area in each gym is in full view of the moms who are setting a great example for heir little ones, and women can visit on their own terms, without having to feel guilty for being late for a ‘class’. This is like female nirvana – without the chocolate. 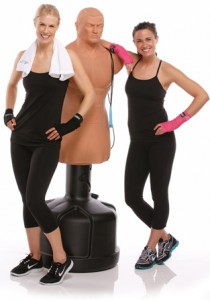 After signing in on the electronic board, you warm up by skipping. (If you remembered to do your kegels while pregnant.) Not only had I been lazy in that regard but I hadn’t skipped since the pink ribbons came off of my pigtails. Not to worry. The friendly environment and trainer helped get me warmed up in ways that suited my needs. Like in a traditional boxing ring, there’s a bell. I felt hard core – except for the gorgeous pink boxing gloves. At every ding of the bell I graduated to the next station, alternating between arms, legs and core strength.

It felt very strange at first. I realized I had never actually hit anything. Like, never. When my kids were toddlers and were ‘experimenting’ with hitting, I instructed them to hit a pillow or use art to express their anger. How hypocritical of me. I should have hit a pillow too instead of bottling my emotions inside. Example is everything.

During my workout I kneed and hit very clean bags and the emotions flooded through. Was I guilty? Empowered? Angry? Hopefully you will be less analytical during the experience! My mind rarely relaxes. As some of you are aware, about 15 years ago I was sexually assaulted. It happened in the middle of the night by a stranger who broke into my home and I was unable to fight back. While I took basic self-defense courses afterwards, I still had never actually hit anything. Shocking, really. As I did my ‘workout’ sweat bubbles from the enhance fitness, but I was also releasing emotions and memories from long ago. These negative emotions were being replaced with power, strength and even forgiveness. 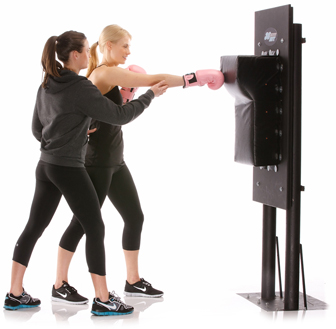 As I went through the circuit, not only were my muscles getting stronger, but my confidence and self-esteem were improving in ways far beyond the tightening of muscles or slimming of the waistline. The end of the circuit involved ‘Bob’, a foam torso and head (who is actually quite ripped despite being attached to a pole). I was able to do anything I wanted to him using the boxing techniques I had learned. Sure I felt sorry for the guy at first, but I also felt fit, strong and resilient. And I was in and out in 30 minutes. I’ll be back, Bob. And sorry for that wicked uppercut. 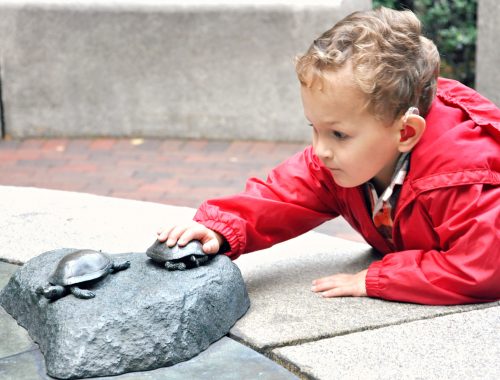 5 Tips for Talking to a Child with Hearing Loss 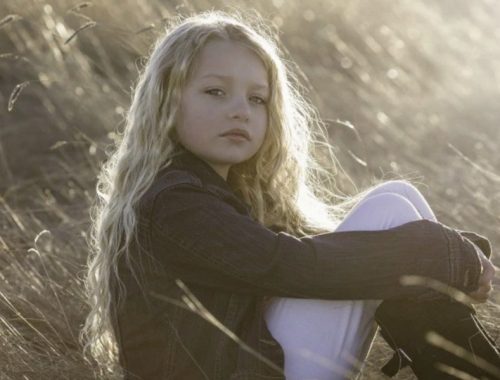 To Our Daughters: You’re Good Enough Just The Way You Are