Liberia – The Trip of a Lifetime

And then there was the week that I didn’t really sleep.  Olympian Kaylyn Kyle and I were behind in votes.  I called in a ton of favours and spread the message in creative (and largely annoying) ways.  Friends knew how important Liberia was to me and would ask daily about vote count.  As I had an emotional drop-off of one of my kids at school, a mom embraced me and encouraged me to share about my children and my life.  During our conversation I shared about “Level The Field” and her eyes lit up.  She had worked for the Swedish Olympic team for the 2010 Vancouver Olympics and is very familiar with the organization and the benefit of sports for kids.  Rocking her newborn in the stroller, she mentioned that she had a few friends in the sports field (that was a pun..) and would reach out to them to help our cause for Health in Liberia.

Fast forward.  Several days after the contest closed I was practicing square breathing and coaxing myself to carry on with life.  My friends and colleagues didn’t want to ask too much.  I was clearly distracted.  I got the email indicating I would go to Liberia while headed to the gym and became one of those people on her phone during an hour of cardio I hadn’t really noticed.  (I joked with Kaylyn that if we were to travel together she’d put my abs to shame).  Could it be true?  Could Liberia have won – when George Weah, one of Liberia’s most famous humanitarian athletes was a footballer as well?  Liberia needs so much support after recent years of civil war.  200,000 people have died and it ranks amongst the poorest nations on the planet.  Inequality.  Sexual crimes.  Disease.  The women, children and the handicapped youth need the teachings of inclusiveness that Right To Play can offer.

A few days later I was on a press trip to Ottawa and was about to tour the Canadian Parliament Buildings when I got another email announcing the voter who had won the chance to accompany the group on our expedition.  Her name is Lori Harasem and she lives in Alberta.  With three kids she finds time to work as the Recreation and Culture Development Manager for the City of Lethbridge and volunteers too.

Apparently Lori and I had a mutual friend.  Could it be?  I sent a covert text to my friend from my sons’ school to see if she knew Lori.  Apparently they were childhood friends and Lori was described as an extremely special, caring and loyal woman with a true believe and love of sport and play.  I tingled head to toe.  And then I toured the crucible of Canadian law and government feeling the importance of community, integrity and outreach.  The stately building made me realize even further that our position as Canadians allows us to help other nations – other children.  I am so honoured to be an ambassador for Right To Play.  To represent my country and to help children smile.  Somehow my kids’ Christmas lists don’t seem very pressing.

As I expressed to the other parent ambassadors when we were simultaneously told the news, I have been humbled just to be chosen to participate in the Level The Field program.  The prestigious group of parents who participated did a stellar job, and I still marvel at the work put in and the exposure that was given to the organization.  The true winners are the kids that we will be able to support through awareness and future donations.  Wouldn’t it be wonderful if all 6 West African nations could have oodles of funds flowing in?  I know that Right To Play is dear to all of our hearts now and hopefully in time we will all be able to help all of the 6 countries. In the Level The Field program and the 20 countries Right To Play works in across the world.

I told my schoolyard mom friend the news and the next day she cornered me as we waited for the bell.  Her son wants to start raising money to send soccer balls with me to Liberia.  He has a plan.  He’s 7.  And clearly very special.

Dad's Attachment to the Baby 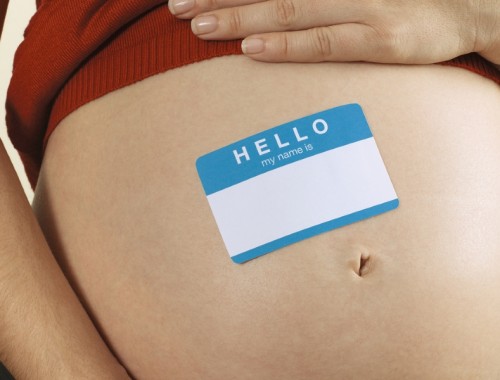