Do Ya Wanna Build a House? 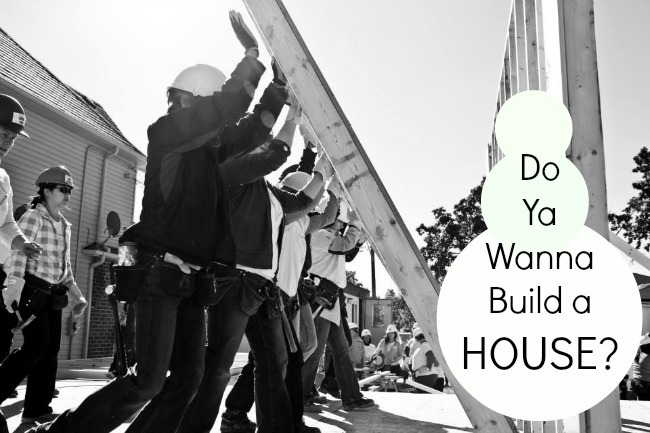 There have been many times over the years when I’ve wanted Elsa’s powers. Wouldn’t it be incredible if you could build a whole mansion with the flick of a hand like Disney’s Frozen star? Or maybe master a project that’s a tad less extensive – like tiling a floor, using a jigsaw or hanging a light fixture. There are thousands of people across the country who need housing, live in poverty and feel isolated. The power of community and charity can not only transform not only the individuals in need, but also empower the people who want to help others.  There are problem-solving women across Canada who can help while working as a team and developing construction skills in the process. The women build with Habitat for Humanity does just this. Perfection! 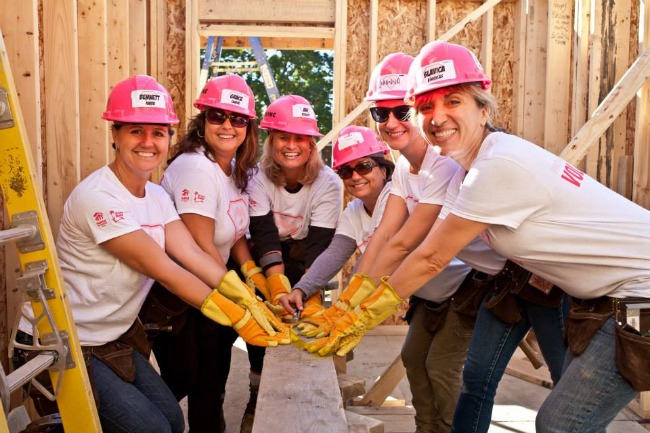 What family doesn’t want simple, decent and affordable housing? As an ambassador and fan of Procter & Gamble, I have been asked to represent UrbanMommies and put together a team of women in the Vancouver area to build a home!  The program is part of a three year partnership totalling $900,000, that will see P&G support Habitat’s family home builds throughout the county, on behalf of its Household Needs brands such as Tide, Swiffer and Mr. Clean. This year there are builds happening in Toronto, Vancouver and Montreal and approximately 350 new builds are expected across Canada in 2014.

After a group of ten women (and any UrbanDaddies who wish to help) participate in a build in Richmond in September,  P&G will offer cleaning kits to Habitat for Humanity affiliates to help ready the newly built homes for move-in once construction is complete, and will provide welcome baskets packed full of household products to each family moving into their new Habitat home. I am going to try to slip in a few Rainbow Loom treasures from my kids in as well. Because every new home needs some of those.

Habitat for Humanity is a special charity, and I love that one hundred percent of all administrative and fundraising costs are paid for by the operation of nine ReStores in the lower mainland. It’s great when not a dime is wasted.

So… Do ya wanna build a house? Join our team in September for a one-day build! Learn new skills, bond, help others, and be a community. Because love is an open door. (You didn’t think I’d let the Frozen theme go that easily did you?) All Women Build photos provided by Habitat for Humanity.

West Point, Monrovia. I had No Idea

I walked into my Right To Play circle and felt insecure.  And then a little boy looked at me.  His name was George.  George Washington.  Seriously.  This is Liberia.   And we held hands and he showed me what to do.  I couldn’t really understand the thick accent of the group leader and I kept doing everything wrong.  I started to relax and got into it after one of the kids squeezed my hand. I had just come into one of the poorest slums in the world on a slow road with people everywhere. West Point, Monrovia.  I had No Idea.  It smelled of fish and feces.  Fruit was carried in buckets on heads and babies on backs.  And I hadn’t really regrouped yet.  After 36 hours of travel, I landed in the dark in an unknown country.  My family was worried for my safety (Google Liberia and you see only images of the recent war).  I didn’t really know what to expect.  But I trusted Right To Play.  And so I should have.

We played short games that I could only relate to my many years of theatre (which everyone joked was a form of therapy).  The games taught trust, learning and self-revelation.   In one we were a team acting as a dragon.  With arms around the waist of the person in front, the head of the dragon had to catch the tail.  Many of us ended in the sand but before falling, we moved as a group, anticipating the collective movement.  In another – I think we call it ‘telephone’ in North America – a phrase was passed around the circle and the final person announced what it ended up being.  We talked about discrimination and judgement.

Walking out of the games area we went into the harsh reality of these kids’ lives.  The uniforms always make people look so wealthy.  (But I did notice a tear in the back of George’s shirt that needed mending.) I saw a pile of other kids not enrolled in school who were not participating in the Right To Play programs that day.  (There are special play days for all the children in the community including those who do not go to school). They wouldn’t make eye contact and were yearning to be a part of the action.  The games.  The learning.  Very different from the kids who just told me the definition of discrimination with confidence and big voices.  My heart broke.

We past corrugated tin houses down the 3 foot-wide dirt pathways.  To visit the school.  The whole thing was the size of one Vancouver classroom, but with 6 classrooms, grades K-6 plus the principal’s office (all labeled with cardboard).  The kids were packed like chickens (but still grinning) and Right To Play is currently raising money for a new school.  These are the lucky kids.  Many of their teachers are Right To Play leaders as well, using the curriculum for the phys-ed portion of the day.   Boys, and girls were all hankering to get into my photos.  And to, of course, see the result shown on my fancy SLR screen.

We then wandered through more alleyways to the beach.  En route I was offered some local fare.  Manioc.  Crisped beans.  Porridge. Fish from the boats off the beach.  You see, there is no power here.  No water.  Fish is the staple (thank goodness for boat launches from the beach) and it is caught and dried.  Huge barrels burn with wood to cook and preserve the treats from the ocean.  This was the first smell.

Descending on the beach, after running into a woman cleaning up garbage (since Right To Play began, some community members have formed a volunteer group to make the area more habitable), I looked at the extraordinary view, white sand and clear water.  I only found one shell.  It was like the beaches of the Bahamas.  And then I realized what the second smell was about.  I saw a few dark spots and got warned about where I stepped.  My head was spinning.  And then there was a young boy.  Probably 6, he pulled his trousers down as he squatted.  And then there were three boys doing the same.  Their families couldn’t afford the 5 Liberian dollars for the use of the new latrines (ones on stilts that dump into the ocean).  Many women are pregnant here and families on average (I would guess) for the area – 4 kids, 2 adults.  That’s about $1US per day to use a toilet with privacy.  And the average income?  $1.25.  Beach it is I guess.  I walked through the latrine runoff in order to get back to our vehicle as I watched many kids play in the water.  These people need a well.

The women carried babies on their backs – a feat I was astounded about.  One used a towel.  We go back Thursday and I am getting up the confidence for a lesson.  The men hung in groups, a few manned stores and many scowled at my camera.  (Understandably many feel that I am about to exploit their plight to make money in the West by taking a photo with my expensive SLR).

And that was only the morning.  We drove out – 6 of us, silent.  The cockroaches and malfunctioning AC in the hotel room seem pretty good right now.  I want to play with the kids again.