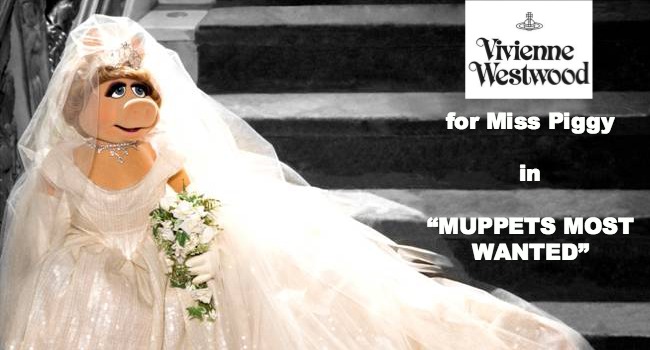 Vivienne Westwood for Miss Piggy – a match made in heaven. Our favourite couchon is back on the big screen, starring in Disney’s “Muppets Most Wanted,” which follows the Muppets on a grand tour throughout Europe. The European setting screamed romance to Miss Piggy, who’s been trying to convince her favourite frog to tie the knot for years. But what will the divine diva don for the all-new film, which hits theatres in the US March 21, 2014? Vivienne Westwood was commissioned to create couture designs for the fashion icon, including a white dress that would be perfect for a wedding … if one should actually take place.

“Vivienne Westwood is fabulous—just like moi,” said Miss Piggy. “When I asked her to design this wedding dress for moi’s new movie “Muppets Most Wanted,” she was thrilled and I was thrilled. The only one a bit ‘iffy’ about it was the Frog.”

In the film, Miss Piggy wears a Vivienne Westwood couture Long Ivory Court wedding gown, with corset detailing and paillettes made from recycled plastic bottles, accessorized with an ivory tulle veil. Piggy also entrusted the designer with additional looks for the film, including a Vivienne Westwood couture Harris Tweed houndstooth check coat and matching beret worn in a scene set at Tower of London. Miss Piggy also chose a long silver hand-embroidered floral lace gown for a very special number in the film.

So the question on everyone’s lips remains: Will we see Miss Piggy marry her beloved Kermie in “Muppets Most Wanted,” and will she finally get to wear her dream Vivienne Westwood gown down the aisle?

“You’ll have to see the movie to find out,” insisted Miss Piggy. 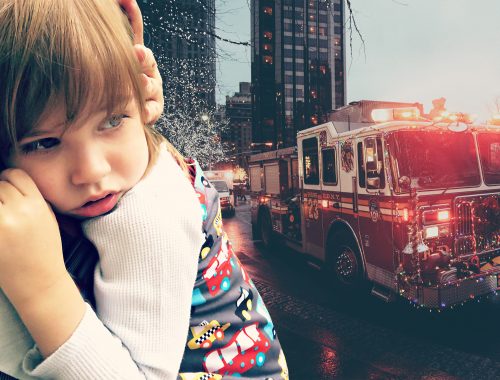 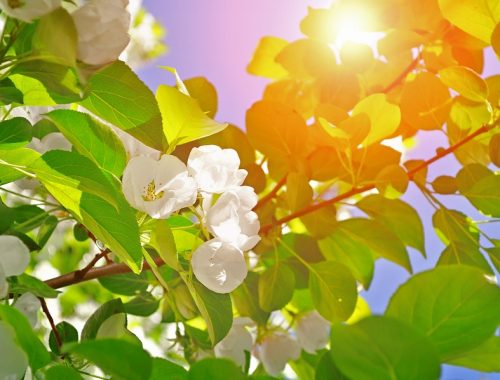