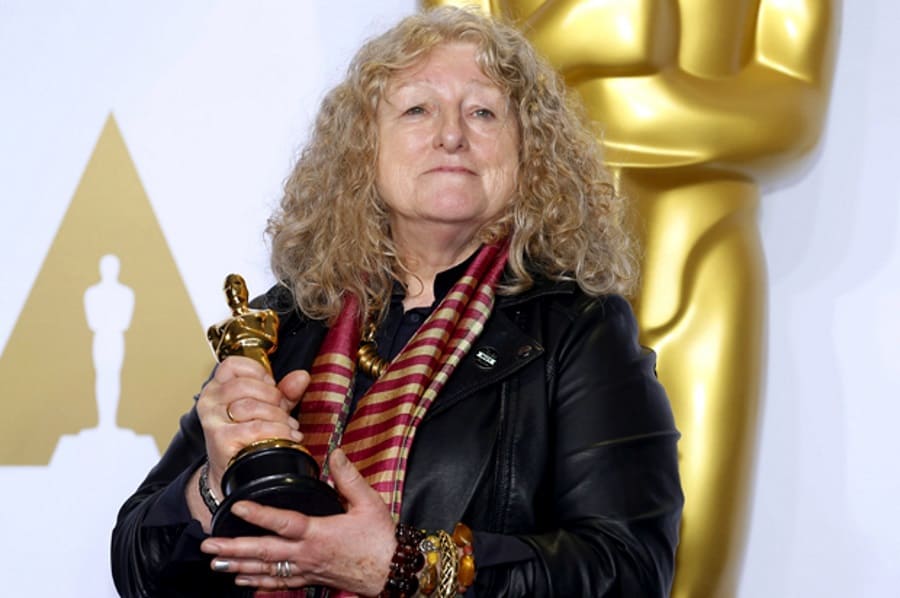 What’s All The Buzz About Jenny Beavan?

It’s not surprising that two days after the Oscars everyone still buzzing about the display of fashion on Hollywood’s biggest night. What may be surprising is the lady getting the most attention is none other than Jenny Beavan, who took home the trophy for Best Costume Design. The twist is it’s not her award-winning designs from Mad Max Fury Road that has the internet all atwitter; rather it’s a dust-up about her choice to wear an off-the-rack faux-leather jacket and slacks to what is considered a traditional black-tie and formal frock event.

It could be argued that after this years BAFTAs where host Stephen Fry quipped that only an award-winning designer like her could pull off a “bag lady” look, the world may have been watching to see if Jenny Beavan would not only take home the golden statuette, but strike another blow at the very definition of being “dressed up.”

As she walked up the aisle on Oscar night, it appeared that a number of those in attendance were put off as she passed by. Was it Ms. Beavan’s winning take on what to wear in a post-apocalyptic world, or her lack of high heels and high fashion? I don’t think the answer honestly matters. Judging by the immediate social media response to the perceived snubs, the rest of the world clearly likes her laid back personal style, and they aren’t shy about defending it.

Stephen Fry’s now infamous description of Beavan’s BAFTA outfit sparked a backlash so severe that he decided the deactivate his Twitter account indefinitely rather than continue to argue with those who didn’t accept that he intended the remarks as good-natured teasing of a friend.

Beavan, who at age 66 has won numerous awards for her 58 film and television credits listed on IMDb, is on the record about her outfits at both events. She’s matter-of-factly explained with her bad back she doesn’t do heels and feels ridiculous in gowns. So the delightfully down-to-earth Jenny collected Swarovski crystals and, with a nod to the film she was nominated for, bedazzled a flaming skull on a perfectly sensible motorcycle jacket from Marks & Spencer. Like most of us, she’d really just rather be comfortable.

Perhaps it’s simply that so many woman can relate to her rationale, or maybe it’s delight in how she carries herself with a fierce air of confidence in spite of how others may or may not be judging her. But whatever it is, Jenny Beavan is quickly becoming a bit of a folk hero.

I can’t help but feel our strong affinity for Jenny Beavan can be connected, at least in part, to the increased momentum of the #AskHerMore campaign.

For several years now The Representation Project has been calling for the media to go beyond “who are you wearing” and ask women the types of questions often reserved for men. In a year where there was lots of controversy to be addressed, Academy Awards host Chris Rock lightheartedly jabbed at the hashtag campaign during the broadcast, saying if a man walked the red carpet in outrageous attire he’d certainly draw media attention and questions about his clothes. While the joke he made may have hit the funny bone, it missed the mark to the tone of being dismissive. Sure, the glitz is fun, but don’t we want to hear more from those women who are being honored for achievements in their fields?

Ironically, all this hullabaloo about what Jenny Beavan was wearing as she collects award after award for her work on Mad Max ironically illustrates the point. While Leonardo DiCaprio’s remarks about climate change have probably been as widely reported on as his finally winning a best actor Oscar, you probably haven’t read where Jenny Beavan ended by saying, “It could be horribly prophetic, Mad Max, if we’re not kinder to each other and if we don’t stop polluting our atmosphere. So, you know, it could happen.”

Her speech ended with a call for us to be kinder to each other and the planet. Here we all are cheering her for rocking that M&S jacket. 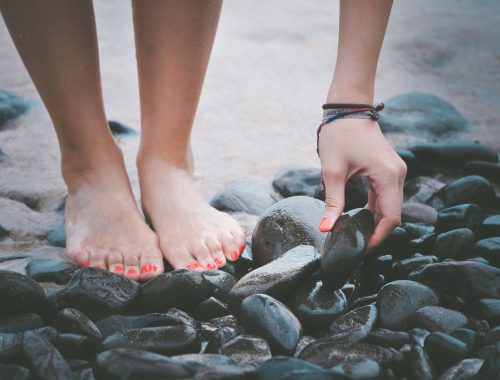 Kids in the Car