The smells of burnt fish and feces are becoming normal.  The soles of my feet, after three days, can no longer get clean.  There is no pavement – just sand where the kids play their games.  It makes it easy for the Right to Play leaders to draw lines to facilitate the games and learning.

Different schools and areas are on a sliding scale of poverty.  The little girl who defecated on the wall of her corrugated metal shack this morning.  The woman wearing only her bra and a sarong around her waist who wanted my phone number in Canada – versus the school that had a well and children without sores on their faces or distended bellies.

We played with kids at Islamic schools, Christian schools and who knows what kind of schools.  It didn’t matter at all.  The kids reacted the same.  And the group leaders need to seriously come to my house in order to get my kids in line.  All they have to do is say ‘Circle’ (pronounced ‘’psy-cow’ in West African dialect) and the kids magically form a circle, joining hands.  A huge part of the process is response.  The leader says ‘circle’ and kids say ‘circle’  the leader says ‘circle wider’ and everyone jumps backwards as they chant ‘wider’.  The rhythm and music that is part of many of the games was compelling.

After three days it is hard to be stoic.  A little girl today followed me everywhere and the attention I paid her may be more than she has gotten in weeks.  Yesterday children of Clara Town flocked around us and followed like geese.  They all want to be in photos, and seeing the shot afterwards on the digital display thrills them to no end.  They make crazy poses – perhaps thinking they are rock stars and models (one man of about 21 begged me for his photo and posed like Beckham).  Sometimes the camera equipment scares them.  I made two little ones cry today and could have died.  It was like I had zapped them with a tazer.  They have much to cry about and my Nikon was the thing that did it.  I have never felt so horrible.  You absolutely

must ask prior to photographing adults.  Many in more impoverished areas feel like the rich North Americans with their expensive equipment are coming to take pictures for profit out of their hardship.  We got a few scowls, but mostly warmth.  The women are so beautiful.  I could photograph them endlessly.

I had the opportunity to work with many older kids – 10 to 14 and the games were more advanced.  In one, 4 areas were designated as ‘agree’ ‘disagree’ ‘I don’t know’ and ‘maybe’.  The leader would pose a question and we would run to the quadrant that best fit our thoughts.  We then had to justify why we ran there.  In one instance, the statement was ‘Only girls should play with dolls’.  Half of us (including me and the Olympians) ran to ‘Disagree’ and half of the girls ran to ‘Agree’.  A heated debate ensued.  In Liberian culture only women care for children, therefore only girls should play with dolls.  The girls in our quarter countered that if a man has a baby he needs to know

how to hold it.  The facilitator stood between and reminded us often that we could move if we changed our minds.  Clara Hughes piped up and said that at one time some people thought that only men could to do sports but now both sexes excel.  My non-confrontational self was uncomfortable.  And shocked at the cultural disparity.  But amazed that some of the girls were really thinking for themselves – on all sides of the argument.  They were certainly less nervous orators than me.  I kind of wished we could do a touchy/feely hugging game afterwards though.  Right To Play has lots of those, and gets people comfortable with their bodies and appropriate physical contact.

Looking out my desk window in the hotel room at the moment.  It’s teeming with rain and I listen to Handel (Watermusik.. chuckle.) as I write.  My view looks like ivy or trellis.  But it’s electrical cords and barbed wire.  Surreal. 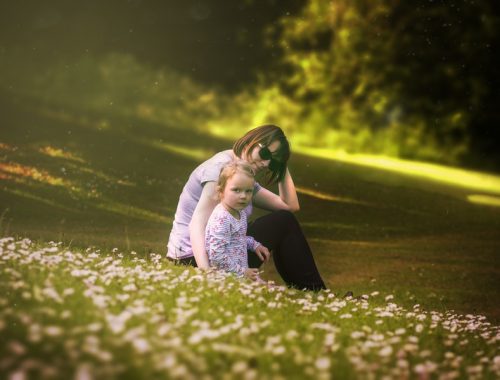 What to expect to pay a nanny