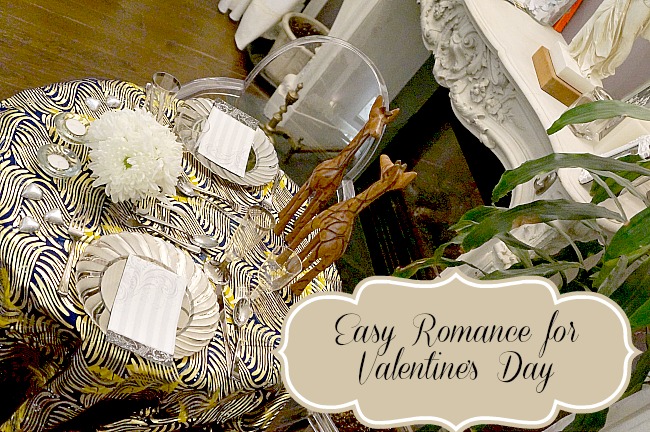 The continent of Africa has helped me fall more deeply in love this year and I couldn’t possibly set up a romantic Valentine’s dinner without giving a nod to its guttural beauty and spirit.  In February I worked with kids in Liberia with Right To Play Canada and then my husband raised money in August for Canada’s first blood cord bank by summiting Kilimanjaro in Tanzania. Throughout the year, our kids’ school fundraised to build water wells in South Sudan. 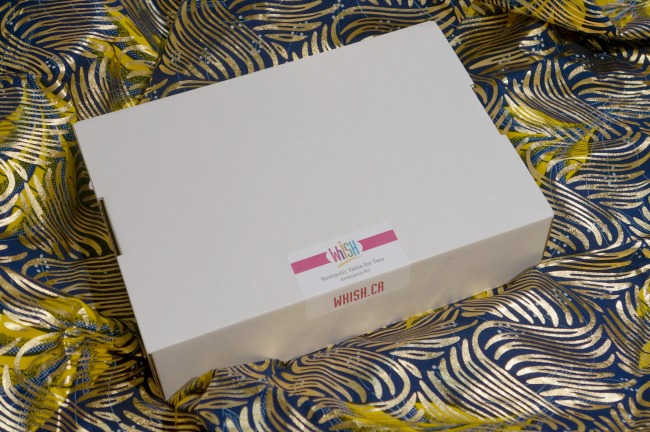 Typically I am a high-maintenance silver, china and crystal girl. Don’t snicker. But after the 2 trips to Africa, kids’ activities and work, I am rather exhausted.  When my Whish Romance Box arrived I had just attended the kids’ first school musical all about water. The performance talked of the importance of water and Africa was a large component. The boys explained that many families in Sudan are leaving their homes and the wells the school has built because there is a war going on. Wow. Africa deserves a nod, and I am so thankful for how it has touched all of our lives this year. 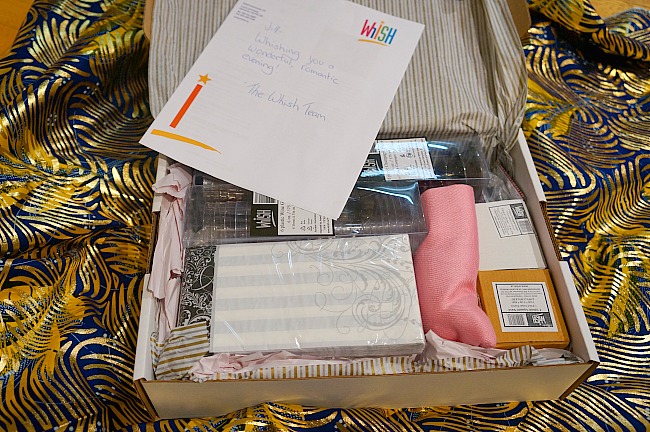 Opening the Whish romance box I was thrilled. They had thought of everything – even menus and a shopping list! Turnkey. Heavy silver plates, cutlery, stunning champagne flutes and wine glasses – all in plastic for easy recycling or re-use. (Hello beach picnic). Chocolates, a pashmina, napkins, vase and tealight holders (with the candles that I always run out of!). In fact, Whish made romance so easy with the essentials that I could focus on the theme and the romance of it all.

So how do you add thoughtful romance? Incorporate bits from your life. It needn’t be as exotic as Africa, but little touches – that this time-saving box of fun gives you – can be tacked on at the end. But if you don’t have an iota of creative juice in your body – you are covered.  Follow the step by step directions, make the (fab) suggested meal and ask the florist for the suggested flowers. The evening will be epic – as my 6 year-old likes to say. But I’m hoping he is referring to something different. 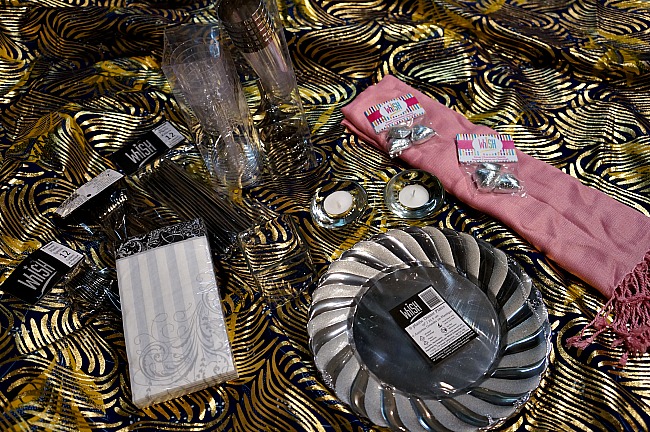 I draped a gold and blue cloth I had been given in Liberia over the table in our bedroom. The boys’ two hand carved wooden giraffes kissed at the back of our plates. White flowers and a few stones from the Kilimanjaro climb along with the heart-shaped chocolates strewn on the table finished the look. African drum music was next. We had a beautiful dinner, conversation with depth and given that this is rated G, I think I’ll stop there. Wink.

** GIVEAWAY: Who wouldn’t want a Valentines Day box, extra candles and a Breakfast Basket ? We know you don’t want to cook on the morning after. The contest will run from January 27th to February 3rd. The product will be delivered to the winner in time for Valentines Day.

Disclosure: This is a sponsored post courtesy of Whish.ca. All ideas and opinions are our own. 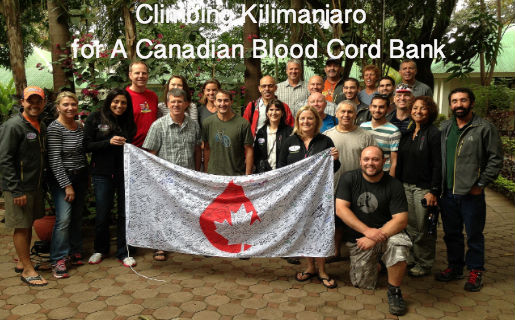 When my second son was born, we paid to have his cord blood banked and frozen in case anyone in the family became ill and in need of stem cells.  Most families don’t have the luxury of this high-priced service and without a donor, Canadians can lose their lives.  Science has come so far, but Canada is the only G8 country that doesn’t have a national public cord blood program.  Currently there are 1000 people awaiting a stem cell match.  Canadian Blood Services has launched the Climb4Cord to help change that. At a pricetag of $48 million, it is no small undertaking.  As I write, my husband Derek Amery is representing UrbanDaddies by climbing Kilimanjaro for a Canadian blood cord bank.  The 25 climbers had a goal of raising $500,000 and they have thankfully surpassed their goal. 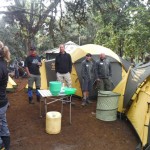 Corporate sponsorship has been another huge component of the undertaking.  The title sponsor, ING DIRECT provided a $100,000 donation and in-kind sponsorship. B.C. native and ING DIRECT’s Head of Social Media, Jaime Stein, is also on the 19,000-foot climb and has been sharing the team’s experiences on social media via satellite tools.  I am thankful that Jaime is a social media nut like me, as I’m getting information on UrbanDaddies from the mountain via satellite phone! Dr. Graham Sher, CEO of Canadian Blood Services has also been tweeting from the mountain and supporting the climbers.  His passion and commitment to the cause is astonishing. 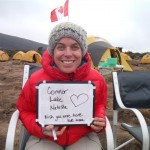 In order to train for the climb, Derek did 2 x 4-6 hour hikes weekly over several months and will be in Tanzania and traveling for 19 days.  Despite the advances in tech, communication is difficult and the team is due to summit in 2 days.  Needless to say, I am worried sick.  Altitude sickness, injury and rockslides have been cluttering my dreams. Balancing my own worry with an outward facade of strength for the kids is tough.  (But not as tough as a 9 day climb up a mountain so I’m good).  Our close friend summited Everest last year and we were all nervous for him.  I think as a result of that, our boys keep asking if daddy will come back and if he is going to die.  As hard as it has been as the spouse of a climber, I look at our kids every day and am so grateful for their health.  Every child deserves the same chance. 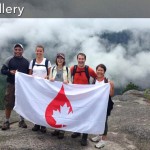 You can watch the climbers’ progress via GPS and if you would like to donate to the cause every bit will help.  We’ll be publishing an interview with Derek Amery on his return.  Please send your positive energy over to Africa and get ready to celebrate the summit day with us! 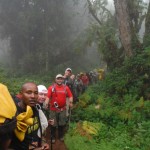 The climb began on Tuesday, August 6th, 2013 and will stretch until Wednesday, August 14th, 2013.  Monday, August 12th is SUMMIT DAY. Keep an eye out for summit updates.