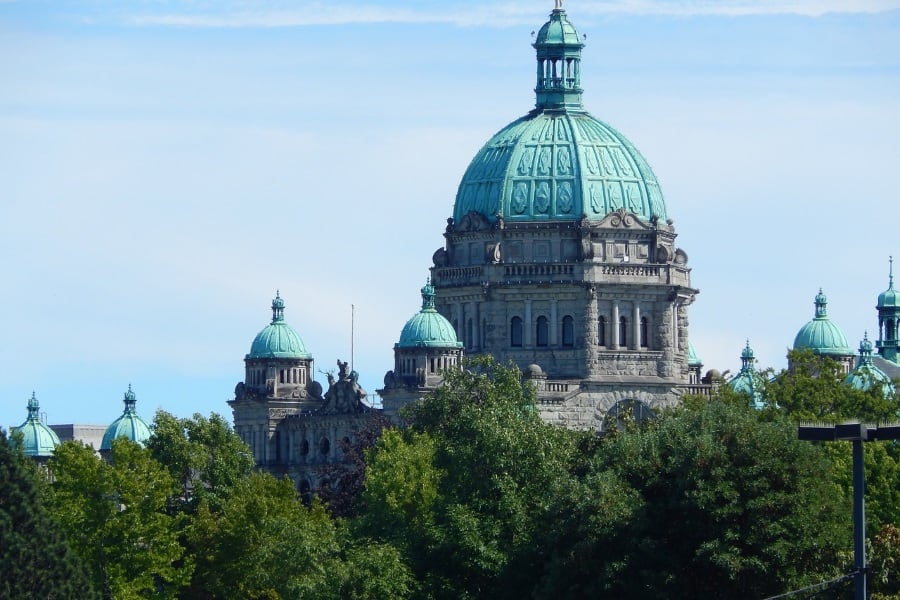 Top 12 Family Things To Do in Victoria

Victoria, BC is a city some call the “Barbados of Canada” due to its mild temperatures and low rainfall relative to the rest of BC and Canada. It’s also a great city in which to raise a family. Because one of Victoria’s major industries is tourism, there are lots of great family-friendly attractions for children, including the natural wonders of Vancouver Island which are practically at your doorstep. Whether you’re a resident or a tourist yourself, here are the top 12 Family Things To Do in Victoria: 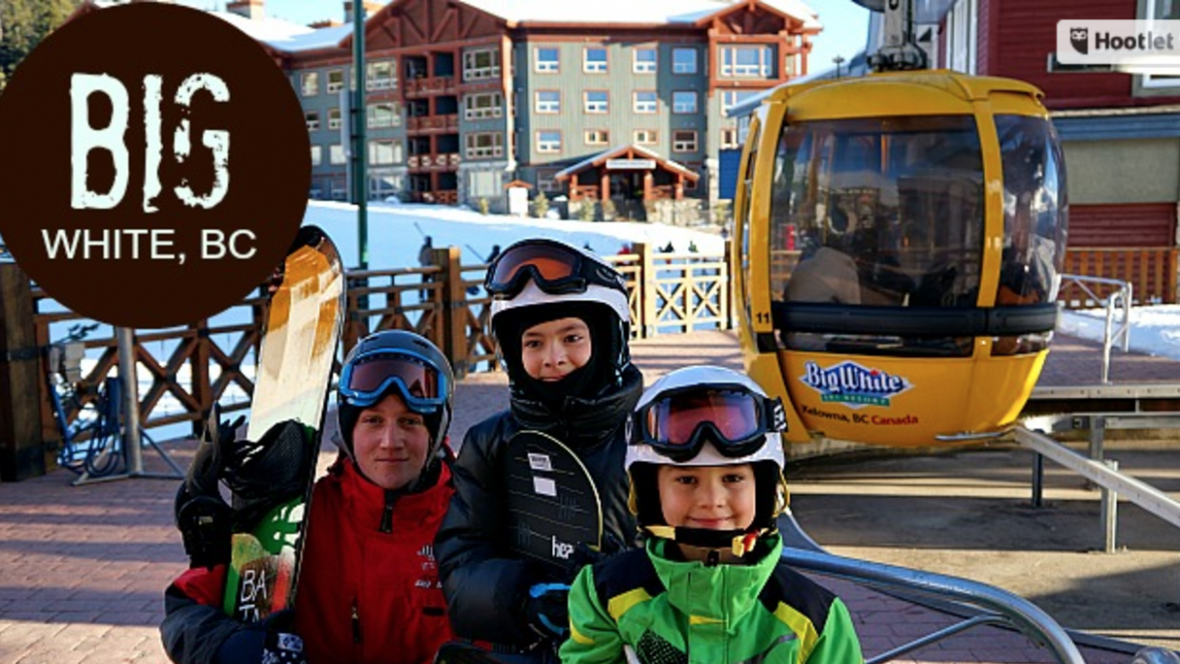 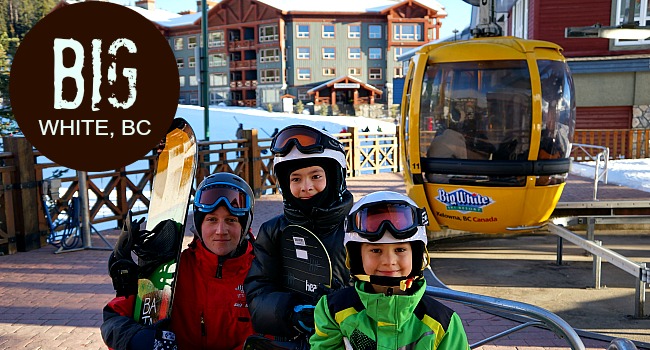 Leaving my airport hotel this morning, there was a sign that left me breathless. ‘It’s not only about the destination, but about the journey.’ As I approach a milestone year, this message hit me as a powerful explanation of the first 40 years of my life. Recently the family and I travelled to Big White Ski Resort, near Kelowna, British Columbia. Their typical champagne powder is such a given that it is often taken for granted. I have a secret suspicion that in fact, the staff have so little worry about snow conditions that management have been able to use their extra time and passion to focus entirely on customer experience. 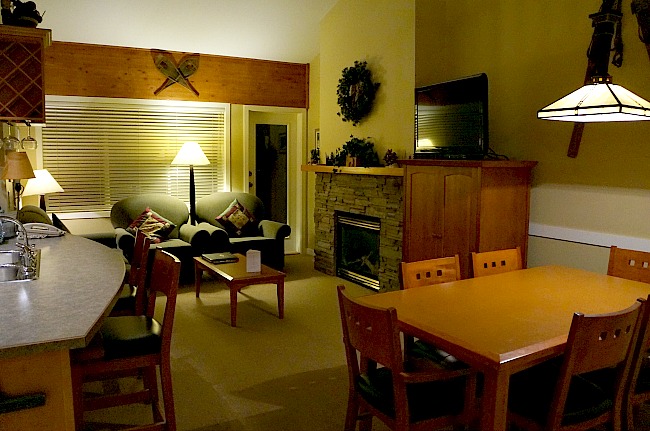 Our room at Trapper’s Crossing included a loft with bunks for the kids and a private hot tub on the deck. The kitchens make a huge difference for families and the grocery store across the street is much better stocked than most resort stores. The moose stencilled on each wall and requisite wooden skis and snowshoes as part of the décor made the kids squeal in anticipation for our Big White weekend. 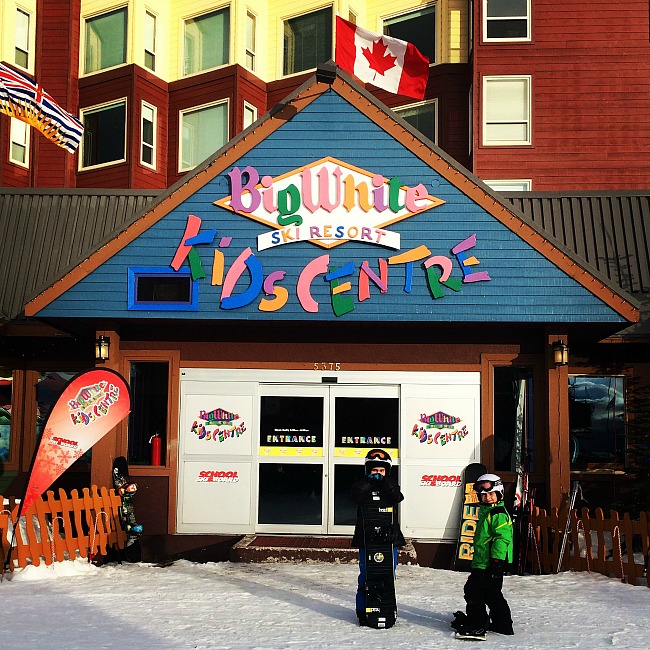 Something miraculous and unexpected happened over the next few days. Ready to hit the hill with the new automatic RFID lift cards in hand, we started getting apologies from people… But it was a bluebird sun-filled day with a perfect temperature and a fabulous buzz in the Village Common Mall (VCM for hipsters). The VCM is like the Great Hall in a Harry Potter film – the nerve-centre of the resort where ski instructors grab their morning latte, phones get power from Telus charging stations and rental assistants never make you wait for equipment. With this vibe – why the apologies, I wondered. 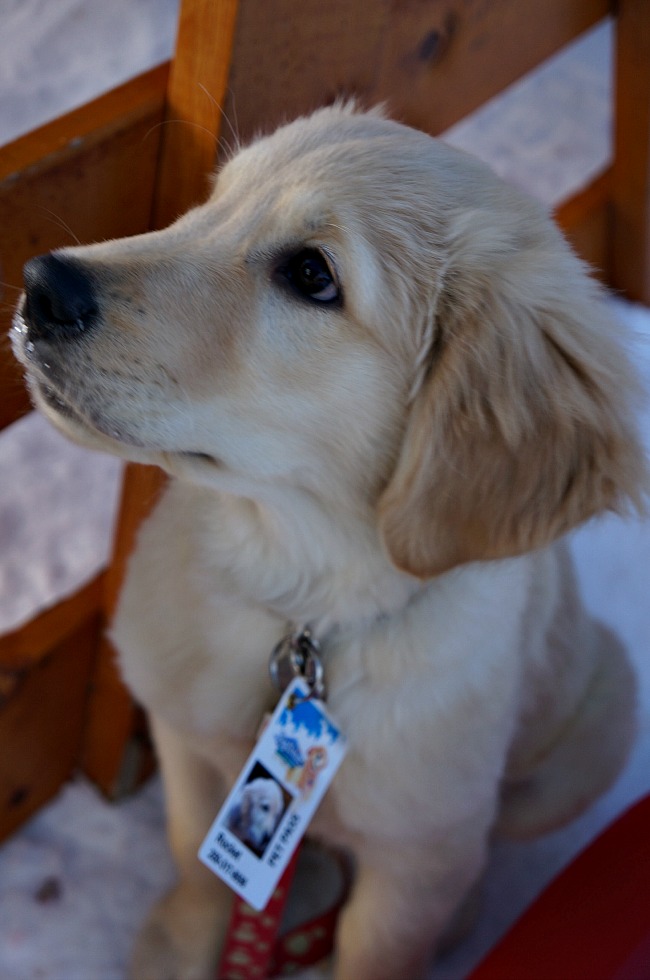 I soon found out that just before we arrived, a crazy mild spell hit the region. It was accompanied by torrential rain which washed away some of the fluffy powder. For the first time in decades, the slogan ‘It’s the Snow’ wasn’t fitting. Being somewhat familiar with the resort, I knew there were always hidden caches of great skiing but I was also interested to thoroughly explore the many other activities provided by the resort. After all – not everyone in the family always skis, and Big White offers so much more for the family than their snow. I should note that ‘family’ also includes four-footed ones, and they also offer the ‘Pet Pass’ in exchange for a donation to the SPCA. 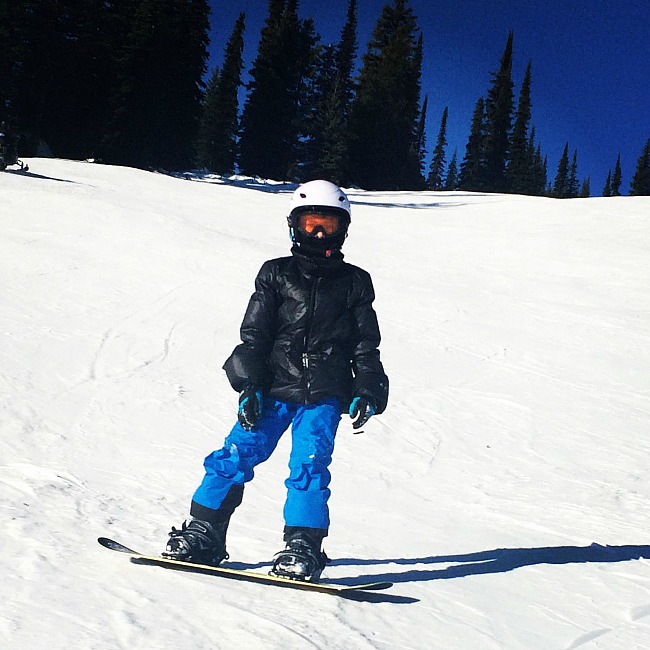 My tiny novice snowboarders were not deterred in the slightest by the conditions. They whooped and hollered as my husband made a mental note to give their instructor an extra big tip after he had to pick up the 6 year-old over 200 times. We followed the kids on the hill, spying on them and trying to show off our style a bit too… 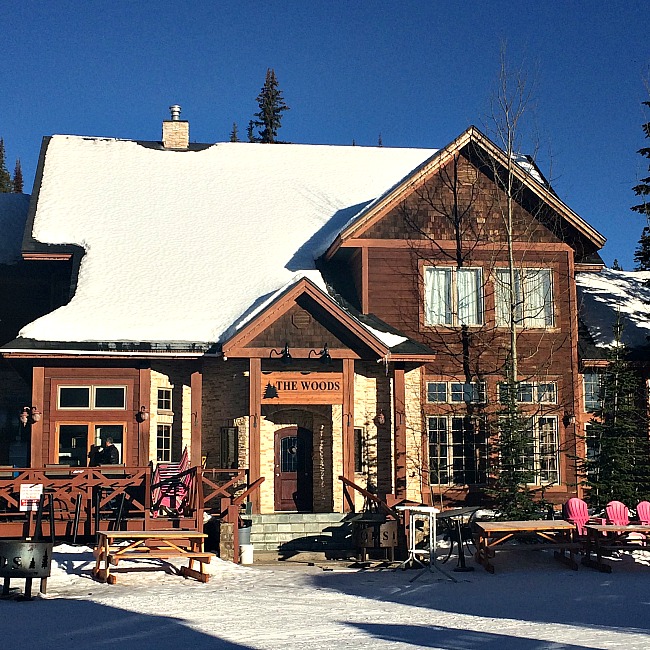 We all met in the village for lunch and The Woods offers some of the best food and ambiance on the hill. A talented artist on staff has even hand-drawn a depiction of the restaurant and it’s on the back of the kids’ menu as a colouring page. In mid-afternoon, when the sun shines and guests are ready for après ski, huge drums with skis attached are slid onto a snowy patio out front and natural wood fires burn ‘til dusk as a DJ spins tunes that made me feel only half of my 40 years. 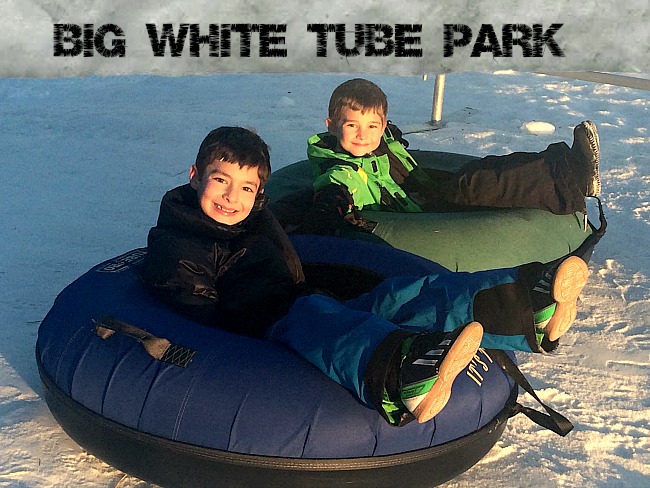 In past trips to the resort, we have been challenged with climbing the 60 ft tall ice tower. (For me, ‘challenge’ is an understatement). What I hadn’t yet tried was the tube park. A tow rope drags you and the tube to the top and you are spit out of the trail like a ping pong ball. After instructing the attendants if you want spins or no spins (the boys always asked for 2,000 percent spin power), we whizzed down the icy tube run to be slowed by bunches of hay. My face could have cracked with the grins. Then the true magic happened. We would form a duo with one of the kids, holding hands as we laughed and squealed down the icy track. Memories for a lifetime. 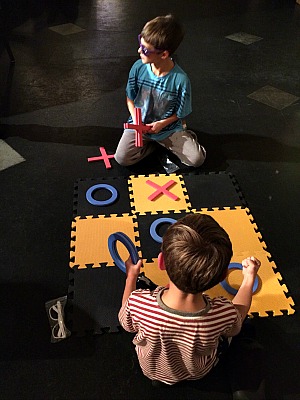 Near the tube park in Happy Valley is a bunny hill for beginners, snowmobiling (including two tiny ones for kids), horse and sleigh rides and of course, the huge outdoor skating rink complete with nets, sticks and pucks. After the activities we all hit the Loose Moose, where resort staff were holding a ‘Games Night’, teaching families how to play checkers and connect four, and being uber-generous with prizes.

I have always believed that good parenting requires great balance, and the ad
ults of our family decided to experience the resort’s more mature offerings. Having no trouble finding an excellent babysitter, my husband went to Showshoe Sam’s to hone his pool skills while I hopped over to 6 Degrees Bistro for a tasting of wines and small plates. Owner John Mooney and his accomplished chef had prepared foie gras and local lamb to serve with an exceptional local pinot noir. I laughed happily when I realized Covert Farms was a supplier. Not only was the preparation and presentation at 6 Degrees more fitting of a New York City starred-establishment than a ski hill, but I found a kindred spirit in Mooney’s daughter, who has been volunteering with kids in Liberia. Though it has been two years since I travelled to Monrovia with Right to Play, we exchanged stories and smiles. After deciding that pool really wasn’t our game, my husband and I wandered into the VCM to check on the boys. It was carnival night, and rumour had it that Big White’s mascot, the Loose Moose, was to get a female partner in crime. The building was packed with bouncy castles, carnival games and cotton candy. Trying to high-five the boys, they were too busy throwing bean bags and getting prizes to pay much attention to mama. 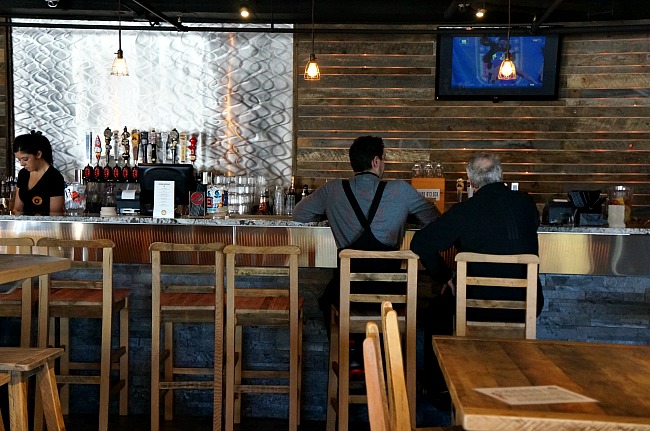 We headed around the corner to check out the newest watering hole and dining establishment called Sessions Taphouse. After a near $1MM renovation, this former ‘dive bar’ (they said it – I didn’t!) had been transformed into a restaurant and après ski paradise by day, and nightclub by night. What I entirely didn’t expect was the cuisine. On our next visit for lunch a day later, the cheesy bacon balls were devoured by the boys a la Homer Simpson, and every single dish we tried during the three visits during the trip were perfection. 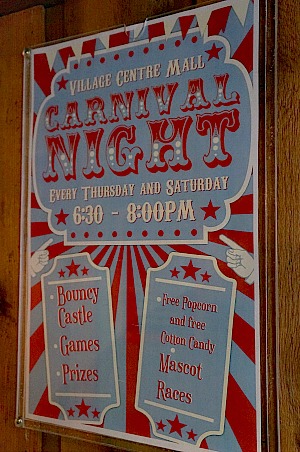 Early Monday morning my husband rose early for the shuttle to Kelowna airport so as not to miss his day at work, and the boys and I were feeling the stale negativity that comes when leaving a beloved place. Given that it was the final week of school before the holidays, I didn’t think they would miss much if we extended the stay. Central Reservations was brilliant and helped us so much. While I was chatting with the desk, the two boys were playing in a festive section of the room, donning elf hats and playing with a stuffed Rudolph. On a table there was a microphone – a toy that apparently ‘called an operator’ in the north pole. The eight year old, doubting the existence of Santa, pressed the button. An operator connected him to Mrs. Claus. His eyes wide, she asked him what she and Santa should do for a special date night. My son answered that they should snowboard like he was doing at Big White Resort. Mrs. Claus got very excited by the idea, commenting that she would tell Santa that he had suggested it. My son was in a dream-like state. He has never believed in goodness and magic so strongly. So as we still received numerous apologies about the snow, we left Big White with life lessons, felt closer as a family and had tried new challenges. Though the champagne powder is the typical feather in Big White’s cap, it’s not nearly the only reason to pick this resort destination. Our journey experiencing the plethora of activities offered for everyone in the family reminded me never to focus on the end game. It’s cherishing every second of the journey that’s important. And now I’m 40 so that’s true wisdom talking. Addendum: After our family left the resort had 45 cm of fresh snow. The base is now at 183 cm with a cumulative snowfall of 360cm.

Disclosure: UrbanMommies was provided with accommodation and passes for the purposes of crafting this story. 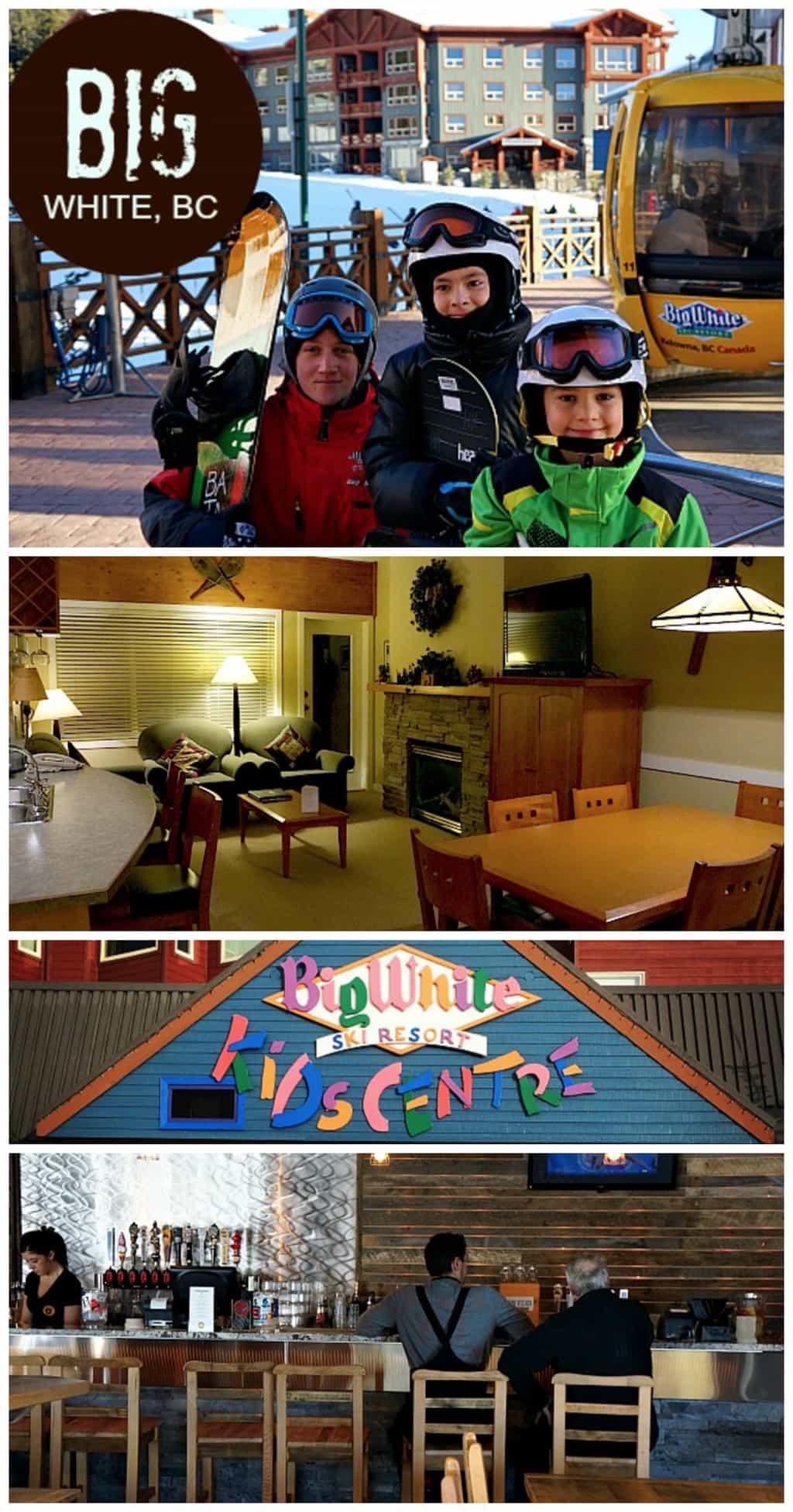 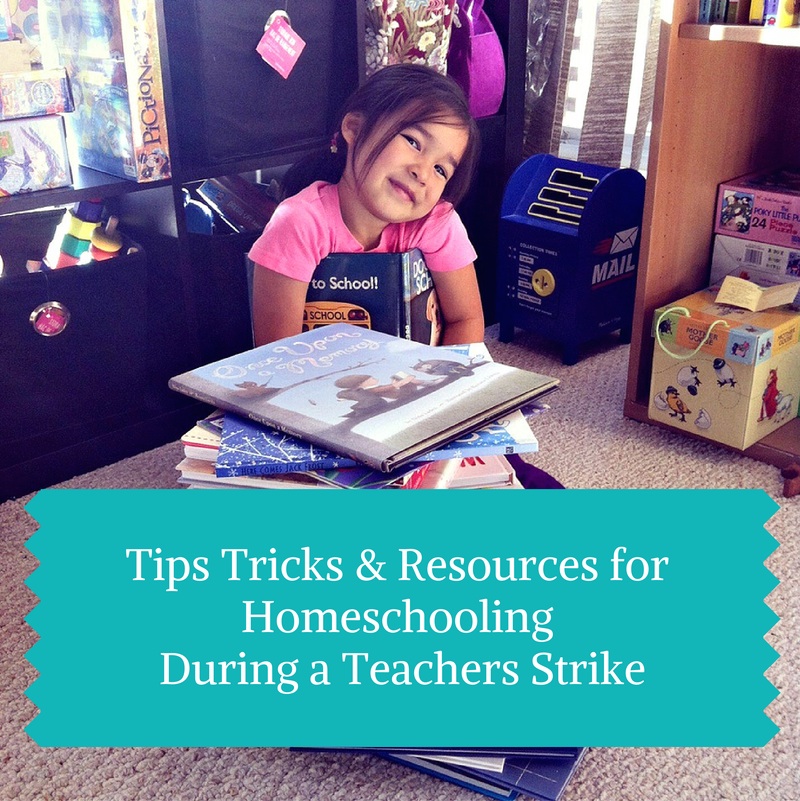 Homeschooling. Maybe the word strikes fear in your heart- “Do I have enough patience to teach AND parent my children?” Perhaps the word gets you excited- Educating a child is a powerful thing. Regardless, with school on strike in BC many parents are starting to contemplate the idea of homeschooling their kids. Homeschooling resources are always a good tool to have in your back pocket, even if it isn’t something that you plan to do as a full time option. Supplementing your child’s education at home is a great way to give them a bit of extra help in areas that they struggle with and give them a leg up over the summer for the following school year.

We chatted with homeschooling expert Lisa Marie Fletcher, the creator of The Canadian Homeschooler and asked her to share some tips and tricks for parents who want to homeschool during the strike. 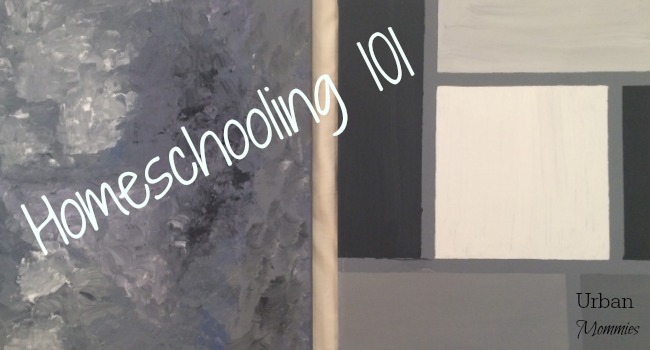 10 Tips and Tricks for Homeschooling During a Teachers Strike: 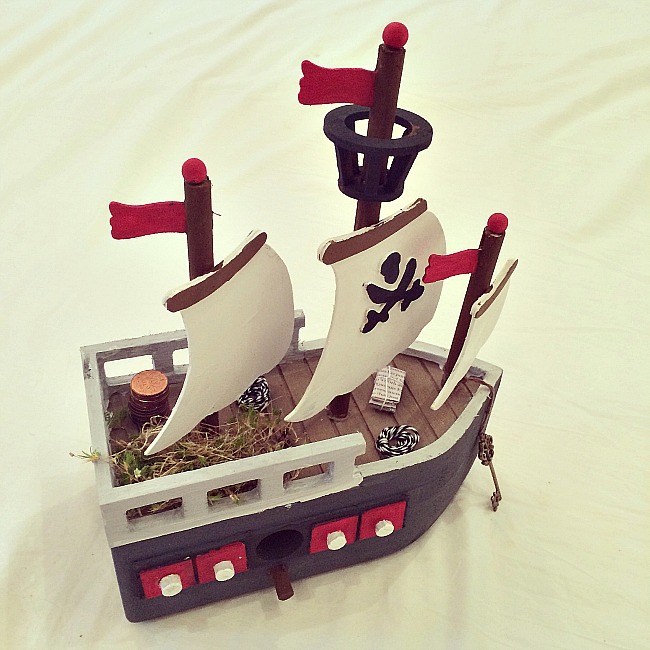