Outside Toys in a Public Playzone?

Recently I took my youngest son, who is nearly two, to a cafe known for it’s “kid-friendly” play area and colourful cupcakes (his big brother was at preschool). I met a friend there for coffee, and a few kids were already making use of the place’s toys and activities.  Before we left the vehicle, I made a point of asking him to leave his truck in the car. “We don’t want another little boy or girl to take it home by mistake.” I said. He understood this because it is our habit – when going to a public play area we don’t take “outside toys” in with us.  Why risk a problem when we can avoid one?

As he began to play, my friend and I ordered our coffees and found a place to sit at one end of the galley-style play area. Within minutes, a bigger boy was grabbing at something in my son’s hands. It was one of those little bean bag balls. I looked at the boy and said “I think he had the ball first. Maybe if you wait a few minutes, you can have a turn.” The boy glared at me and stomped off. I noticed a few more of the balls around the play area. The little boy’s younger sister had one, and so did another child. A few minutes later, the boy and his mother came back over to where my son was sitting, still playing with the ball, and attempted to stare him down. It was then I realized that the balls belonged to the boy.
Now, I really try not to be one of those narrow-minded critics when it comes to other people, and especially other moms.  Maybe she had to allow her kids to bring their toys in to avoid a tantrum. Maybe they are her son’s “loveys.” Maybe she hadn’t slept in a week and simply lacked the brain power to think about these things. I don’t know…but it seems to me that common sense should dictate the obvious: If your children are about to use and enjoy a public play area, they should not be bringing their own things into the mix. Other children will assume they are communal toys, and tug-of-wars will result. Misunderstandings will happen between parents. It brings tension and that ugly feeling that results from moms judging other moms in public places. You know the story. You go home feeling all “Who does she think she is? What a nerve, giving me attitude in her stupid brand-name yoga pants.”
We are all too tired and stressed out for that crap! We should be leaving one another with a sense of silent sisterhood, and nothing else. I could have said something to this boy’s mother. I could have said “WELL. That’s why WE don’t bring IN outside toys. They just cause problems.” But what would the point of that be? She’d have gone home feeling all annoyed and criticized, and spent too much time on the negativity of it all. I have no need to push that on anyone, and I think my response to the boy was understandable. Maybe now she’ll think twice before allowing her kids to tote their favourite things along in public play areas. One can hope.
So here’s the thing. My kids get attached to their stuff too. Try this: Explain to them that someone else might try to take home their doll, backhoe or ball, and it would be safer waiting for them in the car. I only had to do this once, and now, my three year-old is the one who suggests that he leaves his item of choice behind, “so no one else can get it.” Maybe your kids won’t be quite so quick to accept the rule. When you secretly swipe their special thing – even if only temporarily – and suggest that another child must have wandered off with it, the point will get made. If all else fails, have them bring in their own backpack or purse, so that their toy can be close by, but tucked away. I am no expert, but ideally, these measures will be worth the tantrums saved.  Just sayin’. 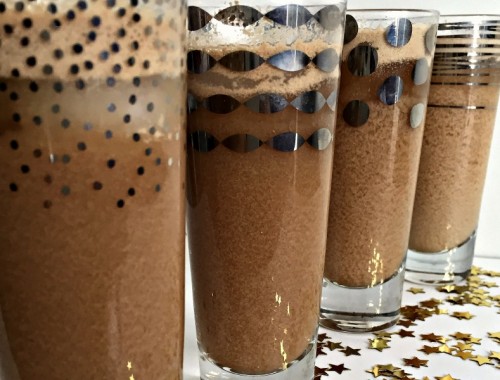 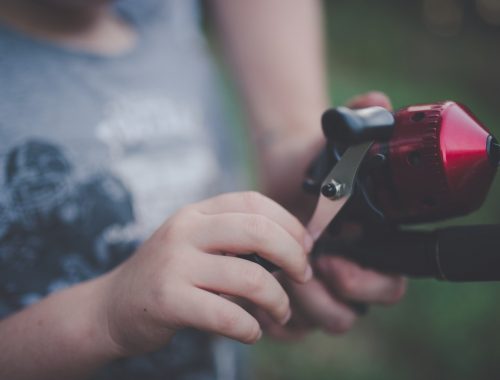 Teaching Kids the Art of Fishing 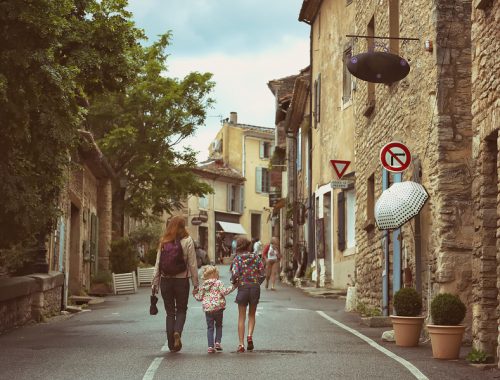 Me Too Parenting: A Trip to France with my Daughter