A Canadian Adventure with the Chevrolet Trax

Few parents can afford a luxury vehicle.  But ‘luxury’ means just that.  Extra bells and whistles.  Budget-friendly vehicles can also offer plenty of what families require.  Moms and Dads want to give their kids the best possible advantages: space for gear, groceries and backpacks.  Safety.  Comfort and great fuel economy.  Chevrolet is always thinking of parents and the Trax is one of the best new vehicles for budget-conscious families out there right now.  Build on the chassey of the Cruz with an extended wheel base, General Motors was able to keep costs to a bare minimum with this crossover.  I had the good fortunte to get a huge shot of national pride when I went on a Canadian adventure with the Chevrolet Trax in Ottawa and Montebello.

The exterior lines and smoothness of the drive were phenomenal, and it was able to carry a ton of stuff.  We drove the vehicles just before the holidays in Ottawa and Montebello, Quebec.  It was a great test of the Trax, as we whizzed on smooth Ottawa roads and stopped and started a ton in front of the Parliament Buildings and then proceeded  to test the off-roading capabilities as we made our way into the wilderness of Montebello Quebec.  I’ve never actually been to Ottawa without getting phenomenally lost.  But on no other occasion did I have my secret weapon: Onstar.  (Finger touches nose).

In conjunction with the Ottawa United Way we delivered trunk loads full of food, toys and diapers to needy families in the Ottawa area.  It’s incredible how many thousands of people per day use these homes for meals and also to ‘shop’ for their family.  Shelved are stocked with donations of powdered milk, peanut butter, canned goods and pasta and the family is allocated a weekly amount of food.  There are (sometimes) even gluten-free options.  If they are lucky.  For a complete list of homes such as these you can go to UnitedWay.ca.

After picking up reindeer-knitted hats and mitts for my boys at Byward Market, the Parliament Buildings were next on the agenda.  At night the buildings glow with white snowflake projections.  The fire burned bright at the entrance on this frigid day.  On the official tour, I saw the gothic arches decked with holiday lights, and we sat in the viewing gallery overlooking the House of Commons.  I studied political science at Queen’s University and participated in a few model parliaments myself, but I must admit that I was pretty surprised at the lack of bodies in the House.  You could have turned it into a bowling alley.  We left and I realized there was a very boisterous cocktail reception happening which explains the lack of parliamentary participation.  Of course I got in trouble for trying to peek over the barrier in order to see who was there.  Bad girl.  I was completely overwhelmed with pride at our democratic Canadian heritage, though, and felt compelled to explore other nations.  (Incidentally I found out while inside our Parliament who would be accompanying me to Liberia as a parent ambassador with Right to Play.  I can’t wait to represent Canada.)

As if I wasn’t already feeling the true extent of my Canadian heritage, we drove to Montebello, Quebec.  The Fairmont Chateau Montebello is the largest log cabin in the world and has been frequented by Margaret Thatcher, George Bush and Stephen Harper.  And also Harry S. Truman, Bing Crosby, Perry Como, Bette Davis, and Joan Crawford.  And me.  But who’s keeping tabs really?  The outside chill, hexagonal rotunda, indoor fires, resident Golden Retriever and oversized Muskoka chair provided such a shot of Canadiana I almost expected to find a beaver in my bathtub.

The following day we drove to Fairmont’s other property – the Kenauk.  Fairmont Kenauk at Le Chateau Montebello is one of North America’s largest and longest-established private fish and game reserves, with more than 70 lakes within its borders. It employs its own biologists to ensure preservation of the spectacular resources, and naturalists are available for guided exploration of the property.

The car handled beautifully on the bumpy and icy roads.  Even when we all had to stop suddenly to pick up the ‘Toro Magazine GoPro’ that had fallen off the outside of their Trax.  Awesome footage, BTW.

At the Fairmont Kenauk we had a choice of activity.  All of us but one wanted to learn the art of sporting clays, and the other opted for a hike.  The rest of us timidly handled the broken down shotguns with racing hearts.

Our guide went through safety rules, use and aim.  We mounted the trap shooting stand where a clay pigeon fired from underneath.  The 5 stations were crowded as we all tried to blast the orange clay disks apart. Many just wanted to hit one.  And most did.  As much as I won’t allow my kids to use guns and reprimand them when they point a finger and say ‘bang’, it was clear to see the skill required to excel at the sport.

What I liked about the Chevrolet Trax:

1.  Appearance: An Suv look
2.  Mirrors with lights
3.  1.4 turbo engine but fuel economy of small car
4.  The Chassey is built off same platfrom of small sonic platform which makes it less expensive to build
5.  Av hookups allow bluetooth syncronicity of your smartphone music and phonebook
6.  The Frame is  high strength steel which takes mass out and again makes it lighter, cheaper and easier to handle
7.  The seats all fold flat
8.  10 airbags
9.  4 cupholders in centre
10.  Solid feel to drive

If I got a wood-beamed room at Montebello for a yearly vacation and went through a clay sporting course, I would be one very happy (James Bond) woman.  But only if I were driving a vehicle like the Trax, which is not currently sold in the USA.  It would be a full Canadian adventure.  The vehicle would have space, be great on gas and handle the winter roads.  And maybe hold a few toboggans, a toque and a Hudson’s Bay Blanket.  Just for the Canadian continuity. 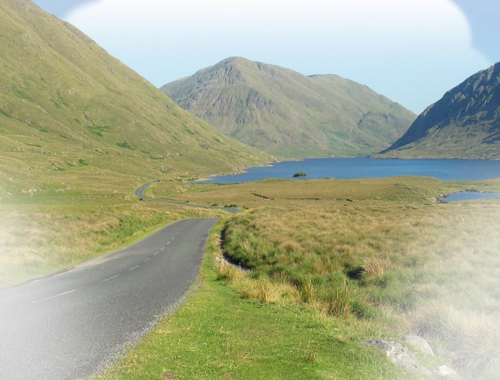