It was a great start to the new year. The boys played on tablets at the Apple store as I acquired a shiny new gold iPhone 5s. We were getting stuff done. Next up? Pants for my growing 7 year old. Still embroiled in shuffling contacts from one phone to another, my husband finished work and joined us. I suggested he and the boys head down the hall to get some new pants for our little growth spurt king. My husband is a wonderful and attentive Dad, but clothing shopping for the kids is not on his typical todo list. Awesome. Sharing responsibilities, father-son bonding, fixing issues and getting organized. 2014 is going to be great.

Wandering into the store following a text saying that they were in the boys fitting room, I asked the attendant which stall the man with two boys were in. She snapped that they had left. Ah. The checkout line. I asked about the pants and my son was triumphant that he had three new pair (and promised not to whine and cry every time he got dressed as is customary). But then my husband said something that rocked my world.

“I wasn’t allowed to go in the fitting room and help him.”

Excuse me? So now when a dad is helpful and engaged with his kids he’s pegged a pervert? Isn’t that discrimination? Or is it smart of the store? No. I was upset. How demeaning to a dad. If it were a little girl and a Mom I seriously doubt this gender discrimination would occur.  I phoned the store. The manager remarked that there is no formal policy and it’s up to the fitting room attendant.

Fantastic. Apparently my husband must also LOOK like a pervert. Because when they hired the attendant to work at minimum wage and put her through training she memorized the standard pervert pictures.

So evidently, shopping for boys’ clothes is back on my plate. I will never put my husband through that experience again. Thanks – huge multinational corporation – for making Mom’s job even harder, introducing my kids to gender discrimination and insulting a good man. 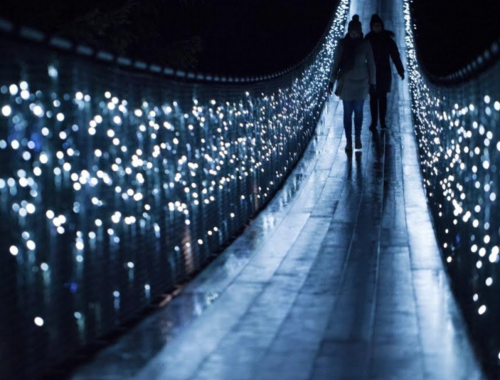 9 Holiday Activities for Kids in Vancouver

The New Look of Diane's Lingere