It was once a wardrobe full of muumuus and tunics; now it’s all about fitted Ts and yoga pants.

Sexy and pregnant — once seemingly an oxymoron — are smouldering together, with the backlash against the uninviting muu

muu (a.k.a. the baby bivouac or tent shirt) at full speed.

Sex and the City may be gone, but you have only to recall how Patricia Field dressed Sarah Jessica Parker when she was pregnant (high waists, kitten heels) to see how her legacy lives on. (Quite apart from the actress’ own low-cut couture pregnancy fashion off screen.) And, in today’s climate, it is hard to believe that Demi Moore’s naked pregnancy cover shot for Vanity Fair was so shocking 15 years ago.

“I think moms today are proud of their bellies and enjoy revealing the curves and the growth, whereas in the past it’s always been covered up by a big muumuu and tunics,” says Diana Woodhurst, the manager of Belly & Beyond on Main Street.

“Now you’re seeing a lot more fitted T-shirts and people are really pleased to show it off — as they should be — instead of feeling bad about their body changing. And general fashion is supporting that.”

Pregnancy is also no deterrent for expectant moms to continue wearing their favourite jeans — those precious Sevens, for example, can be altered (or “maternalized”) at the top with a stretchy band for $25 at Belly & Beyond.

“Ordinary pregnancy jeans can often get quite ‘pouffy’ in the crotch, which is a big no-no,” says Woodhurst. She also points out a capri pant with a rollable band which “sure beats the panel look in old-fashioned maternity pants.”

Woodhurst adds: “People under 35 who are pregnant often look at those type of full-panel clothes and say, ‘I just can’t do that.’ ”

So, there’s a generational gap? Perhaps, if eavesdropping in maternity stores counts. “I love you, mom,” says one expectant mom to her shopping companion, “but you have terrible taste.”

“Grandmothers are generally shocked,” suggests Woodhurst, “while some mothers shopping with their daughters do not understand this fashion. When they shop together, the mother is always pulling out tunics and the daughters are going for low-cut jeans with fitted T-shirts.”

Although that’s not the case for Dawn Noble, who works at Thyme Maternity on West Fourth Ave. She loves today’s fashions and simply laments that there were very few choices when she was pregnant some years ago.

“In my day when you were pregnant, you were pushed off to the side,” she says. “Now being pregnant is in — it’s so much fun and it’s a happy time.”

As for the crossover from the mainstream, her manager, Dana Ashmead, explains, “There are many items of clothing in maternity stores that you would find in regular stores — indeed, I have a lady who is buying a dress here but is not pregnant.”

And the clothes no longer have a limited lifespan. “Many of the clothes you can wear after pregnancy. And because of the style for flowing clothes, they do not even look like maternity wear, which is great,” she says.

Other Vancouver maternity stores include Motherhood Maternity on West Fourth (notable looks: a long black gown in Spandex — every pregnant woman’s best friend — with a halter neck and beading; a brown knit tee with embroidered neckline, stretch corduroy city shorts, and a matching embroidered mesh pant and cami), and Hazel & Co. on Cambie, which has a wide range of hip clothes for “moms-to-be, moms and non-moms” with imaginative and delicate designs by owner Susan Heyes.

Lululemon on West Fourth also has Yummy Mummy Tanks with a gathered bust ($19 on sale), plus the perfect Reverse Groove Pant ($93) and Ribbed Pant ($94), both of which have stretchy waists to easily fit under the belly. On the same street, Moule has Citizens of Humanity jeans with the “belly panel” already attached.

Online, there are some chic additions to maternity wear via Mimi Maternity and A Pea in the Pod (which lists Cate Blanchett and Debra Messing among its celebrity fans). Both are currently previewing their fall collections.

The proliferation of stores and options all go to show that Vancouver has improved dramatically in the maternity stakes in the past few years, according to Sydney Irvine of www.urbanmommies.com, a resource web site.

“When I first went shopping [when pregnant with her first daughter five years ago], I remember thinking the clothes on offer were something that my grandma would have worn,” says Irvine, who now also has a two-year-old daughter. “It just didn’t look the way you wanted it to look, but now it’s changed drastically, which is so great.”

Now she echoes that the trend for the “bohemian look” of long flowing skirts with elastic waistbands to allow maximum comfort and high empire waistlines “make summer dresses easy to wear and grow into.”

But she warns against producers placing too many babyish bows or too much pink on clothes for expectant mothers. “They are already as feminine as they can be because they are pregnant,” explains Irvine. “So, you don’t need anything extra like that.”

Or, as the saying goes, they are having a baby, not becoming one.

The Joy of a Having a Routine 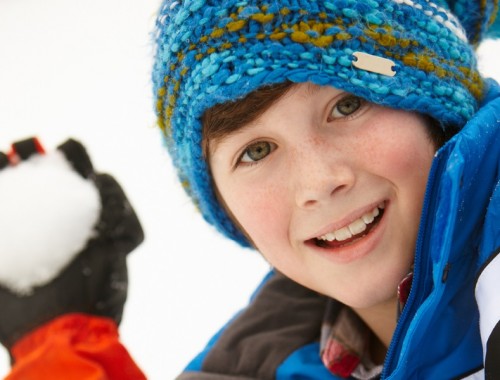 Five Ways To Stay Fit As A Family In Winter

Choosing the Right Car Seat For Your Child