I’m one of those hardcore moms who never allowed the boys to play with squirt guns. They would find driftwood with some resemblance to weapons, and use imagination and creativity to make up games. That kind of play seemed alright, because their ‘guns’ didn’t look real. As they begged for mini rifles and plastic handguns from the dollar store, I would never give in. These authentic-looking weapons were just too close to reality. Our world has so much violence and it is horrifying. Our household video game selection was always the same. Their friends who played ‘rated’ games seemed too mature for their years, and always seemed to be the violent ones in the school yard. Unfortunately, the big issue for school-aged kids is that there was always a huge gap in age-appropriate gaming. Cool, vibrant games for kids and pre-teens are almost non-existant. Until now. Gaming superstar Nintendo hired directors Tsubasa Sakaguchi and Yusuke Amano to create a phenomenal experience that limits traditional violence while projecting a cool aura.

In Splatoon, you choose a character called an Inkling. I adored that kids can choose from 7 skin tones, and then dress their inkling with a selection of headbands, shoes and t-shirts. The game’s main world lets you see and meet other Inklings. You can view their gear and stats, and doodles that players post to Miiverse (Nintendo’s social network) will randomly show up as in-game graffiti. 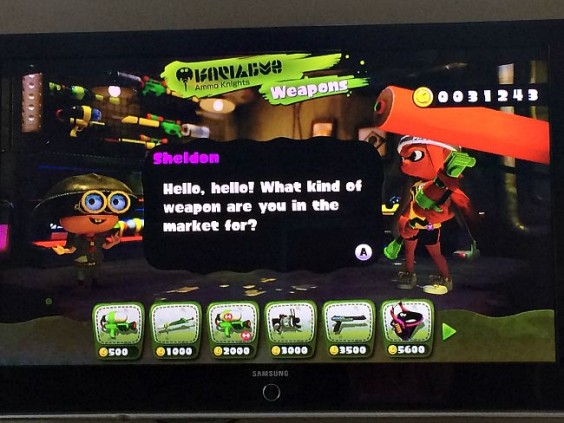 The inkling characters can transform between human and squid forms, and hide or swim through coloured ink sprayed on surfaces using gun or brush-based weaponry. Players collect points that can be used to purchase new ‘weapons’ including both gun-type paint sprayers or even brushes and paint rollers. 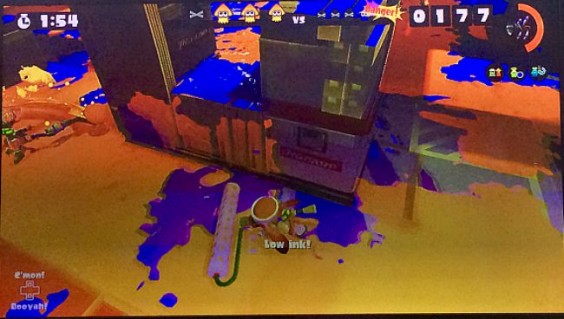 There are two main modes – Hero mode and Turf Wars. In single-player ‘Hero’ mode, the Inkling combats the evil Octarians (octopi) by donning a Hero suit and wielding a weapon called a Hero shot. The storyline is that the Octarians built an underground world that is accessible via teleporters in Octo Valley, where the Inklings hang out. The Octarians have captured zapfish, which provide power to the city of Inkopolis. Inklings go underground to save the zapfish.

The online 4-on-4 multiplayer mode is called Turf Wars. Players can use their ink to try and “splatter” their opponents, which will send them back to their team’s respawn point whilst also providing a large splat of ink. In all modes, players can use the Wii U GamePad to view a map of the surroundings and instantly launch towards the location of another teammate, as well as use optional gyroscopic controls to assist with aiming. 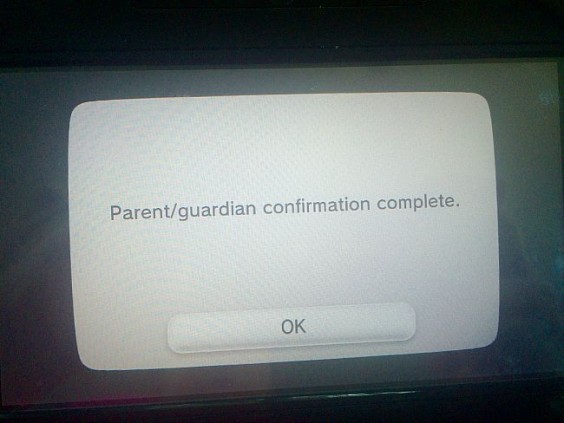 Unlike other shooting games, Splatoon has no voice chat. According to Amano, “This is coming from personal experience. When I played online games, I didn’t like the negativity I got and people telling me ‘You’re crap. Go away’. So we wanted to focus on the positive aspects of online gaming.” In my view as a parent, this is truly wonderful! The parental controls are very appropriate and simple to set up as well. 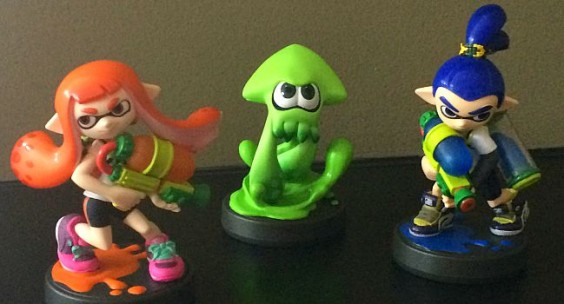 My boys and I reviewed the game for Nintendo using a WiiU and we’re completely hooked! It took me a while to figure out how to play but they instantly knew what to do. My 7 year old son had to show me how to go down into drains to find zapfish. I just kept running around introducing myself to everyone. I thought even that was fun, but when I started paint splatting and collecting points I was blown away!

Splatoon from a Parent Perspective

Splatoon from a Kid’s Perspective

In all, it’s a keeper, and certainly a game I will be recommending to all of the schoolyard bullies.

Disclosure: This post was sponsored by Nintendo of Canada. All opinions are my own. 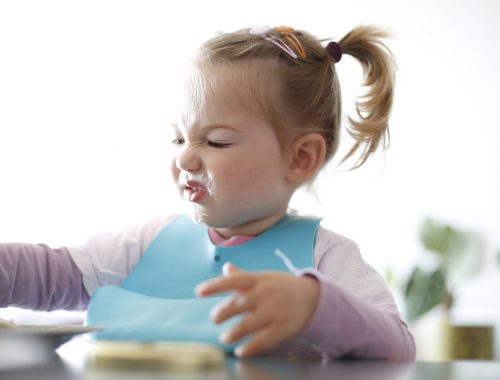 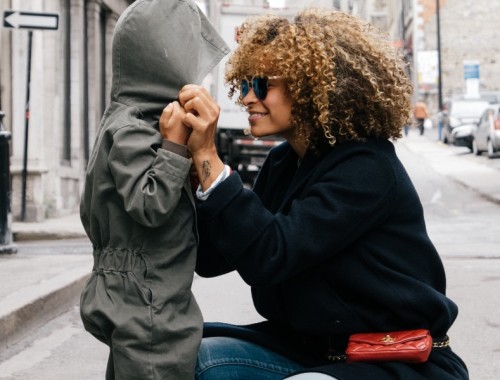