After hours of games – in one spot 40 kids had been selected to participate and over 300 showed up – I was able to really see the theories behind Right To Play.  It is genius and the youth of Claratown, Monrovia, Liberia showed me the learning and laughter produced by Right To Play.  I keep thinking of the parallels it has to the theatre sports of my youth and university years, teaching  attention to detail, conversational abilities, control of the body and leadership.  After every game (not a soccer match, but a shorter activity such as ‘What time is it Mr. Wolf’ or ‘Find the person in the circle who is leading the activity’ or ‘find whose hand the stone is hidden in’ – there is a very deep discussion about the lessons learned.  Some games invite you to state your name proudly as you go around the circle.  I did that one in theatre school continually.  Others ask you to say the name of a country or boy’s name in a metronome-like tempo – the trick being you can’t repeat one said already.  Bails of laughter resounded when I hesitated and shouted ‘Britney’ for a girl’s name.  They all thought I was perfect, as I was white.  But no.  You should have seen their faces when they had to mimic an action and I chose the Gangam Style jumps!

There are also other games that I played like Mosquito Tag that teach about issues pertaining to the local culture: sleep under a mosquito net, reduce garbage and don’t leave water standing.  In others, we talked about the meaning of discrimination, segregation and equality.  With the smaller kids we worked on left and right, body parts, physicality and focus as well as healthy eating (the fruit salad game!).

It was so special to have the opportunity to speak with locals.  They think we have no problems in North America.  I explained the homeless in Vancouver, the sexual assault, poverty and murders throughout our country.  They were shocked.  I talked about food banks and violence and they realized that perhaps we are not as shiny as we may seem.  I watched them cook and set up individual businesses buying bleach or grain in bulk and selling it in small packets for a profit.  This was not only a poverty-stricken society, but almost operated as if it were 1800 – the cell phone charging stations aside.

After two vigourous play sessions, I attended a two and a half- hour forum on drugs and youth. It was lengthy and – wow – the West African accents are hard to understand!  But I was floored.  These youth leaders – from teens to mid-thirties – arranged this event with guests.  Our Canadian group of 7 were special attendees.  But the mayor and governor of the region also attended.  And two representatives from the Drug Enforcement Agency.  I hadn’t been in such a formal atmosphere since student government days at Queen’s.  The Queen’s students had nothing on these statesmen.  Points were discussed, debated, restated and analyzed.

I came to a realization.  This conversation and articulation was the next logical phase of the Right to Play programs in which I was participating.  After being kids, people become youth leaders and then full-on volunteers who run groups all over Monrovia.  In Westpoint there were 9 circles of at least 40 kids.  The leaders were better than most counselors I have had in my life (don’t make me tell you how many).  And they were jobless.  They volunteer their time because they realize that if they don’t, their community will implode once these kids reach a certain age.

At the meeting, six-time Olympian Clara Hughes spoke for our group about her drug use as a teen.  A pin could have dropped.  These topics are not discussed in West Africa.  There are trucks that sell shoe polish to ensure appearances are tidy and yet there is no affordable way to go to the bathroom.  She then talked about determination and the blessings she received by having leaders, coaches and trainers.  And how, despite her difficult past, went to to win Olympic medals for Canada during both the summer and winter games.

History was made at this meeting.  I kept thinking of the French Revolution.  Seeing fourty people who have been through a recent war, and whose brothers and parents now suffer the effects of cocaine and marijuana, I could feel change bubbling within the room.  And these people all experienced Right To Play programs after being through a horrific war.  I would argue that my children cannot articulate in public the way the children involved in Right To Play programs had as we ‘played’.  And at the meeting?  I wish I could hire the whole lot of them to negotiate for me and run my company.

After the discussions we were blessed with African drumming and dance of some local children outside the building.  There was a 3 year old who couldn’t control herself and followed along.  The hope extended from inside to out.

In case you missed the first travel article focused on West Point it is archived here. 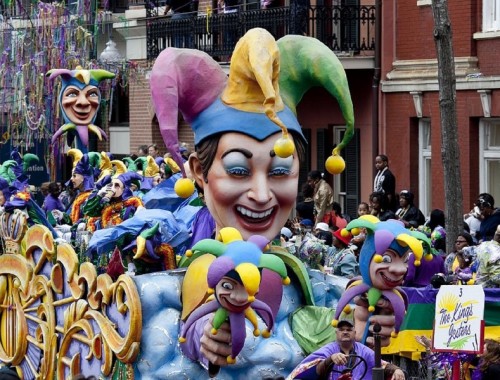 A Traveler’s Guide to Mardi Gras: Get It Off Your Bucket List Next Year!

What's in the Bag?: Kids' Activities for the Plane