A Journey to Find Santa in the North Pole 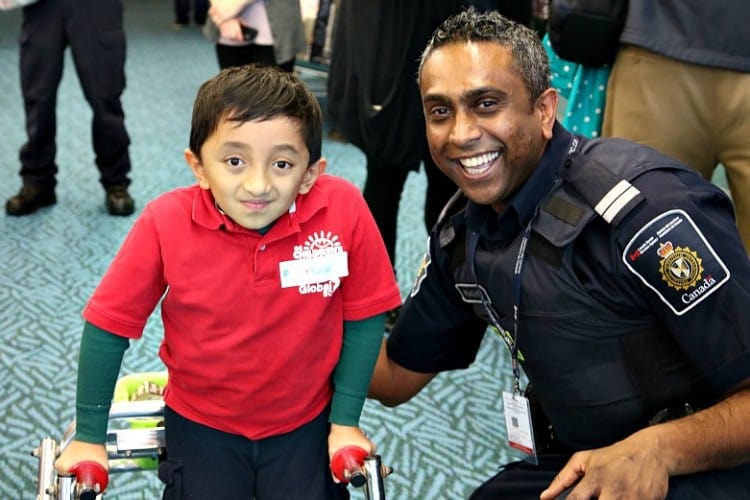 Gate 52 at YVR was decorated with care as face painters, entertainers, Disney princesses and a magician wandered through the crowd. Children beamed and a few parents let a tear trickle down their face before wiping it away and smiling broadly at their kids. This day was about joy, not illness. The Air Transat flight attendants wore reindeer-shaped glasses, elf hats and had glued sparkles to their faces. It was kind of like entering a theme park – but you had to take several deep breaths and breaks throughout. Because these families are made of magic. 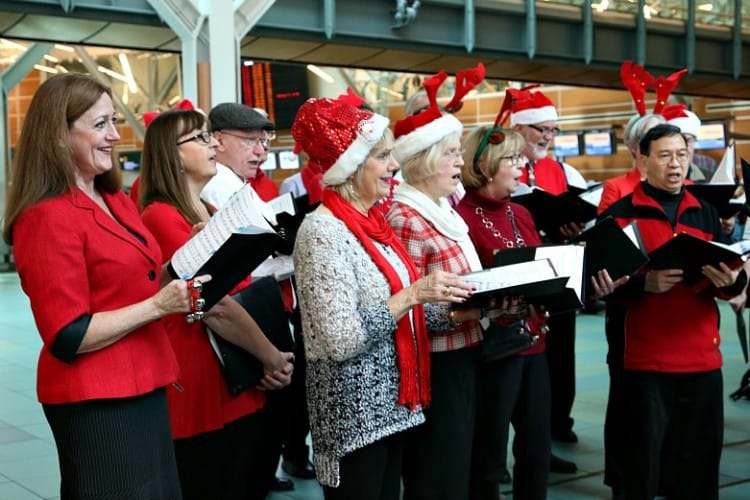 Air Transat, along with the Children’s Wish Foundation, runs three flights to the North Pole once a year from Vancouver, Montreal and Toronto. Families travel from all over British Columbia to board the Vancouver flight, and the kids are tasked with finding Santa and bringing him back to Vancouver. 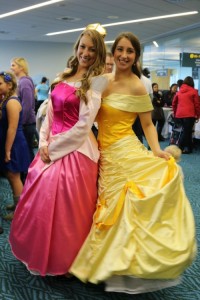 Personal experience has shown me that the airline is all about kids and family, and I am always blown away by the extent of the fundraising they do. Between the annual Transat Auction for SOS Children’s Villages to the collection of foreign currency for charity on every single flight, this is a company that gives back. Before we took off, the Children’s Wish Foundation was actually presented with a massive cheque (in both size and heft) for $143,082.

Canadian Border Services was on hand to delight the families with their dogs and badges. 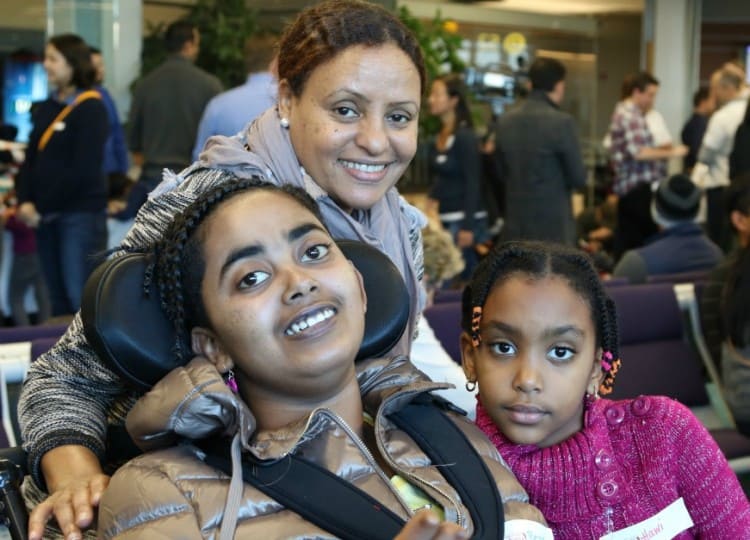 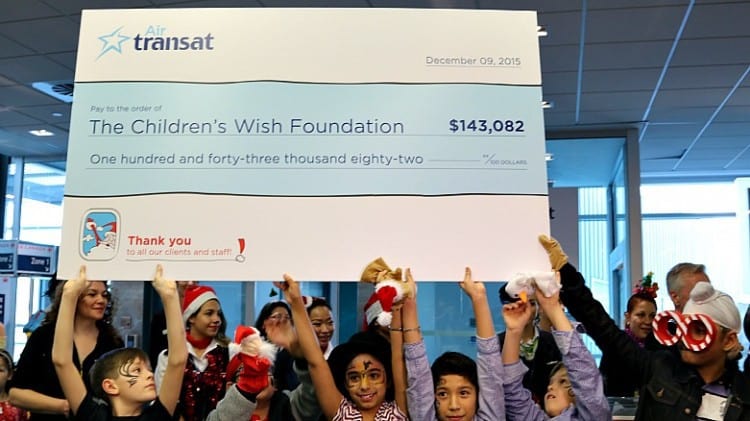 Interviewing the parents, I couldn’t believe how strong they were while speaking of their kids’ challenges. From congenital heart disease, rare blood disorders to a liver that wouldn’t process enzymes, I had to take a few moments between each one. The smiles on the faces of the kids were sparkling and vibrant, but it was the parents that I couldn’t stop fixating on. I interviewed 6 families, and the full show will air on our radio program on Friday. 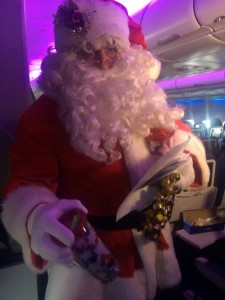 Once we reached 8000 feet on our journey towards the North Pole, kids began to report red flashes outside the plane windows. I scrambled over my seat mate to try and snap a photo for you, but missed my chance. As I went to try again, the plane jolted and the pilot came on the intercom announcing that he had just boarded Santa onto our flight! He was safe and we could bring him back to Vancouver! Additionally…. he made it onto the plane with his huge sack of gifts! I do think that Santa was more excited to meet all of the children on board than the fact that we had rescued him. Coming into an aisle with a big Ho Ho Ho! he spoke to each and every child, parent and sibling, handing each a special gift as we flew. Kids sang carols (and none of the dirty versions, by the way). Air Transat had delivered gorgeous songbooks to every seat. They think of everything.

As Santa made his way up and down the aisles, he looked at me and smiled. He remembered me from when I was a little girl. Thankfully, I never had to have wishes granted by anyone except him, and I trembled with thanks that there are companies out there like the Children’s Wish Foundation and Air Transat who could each extend Santa’s magic to families who need a bit of extra magic in their lives.

Merry Christmas, and may we all be forever thankful for our many blessings. 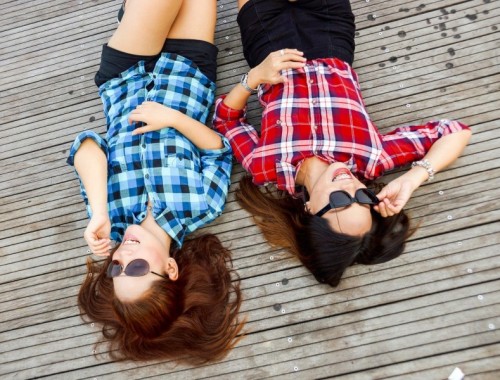 The Tribe in My Backyard 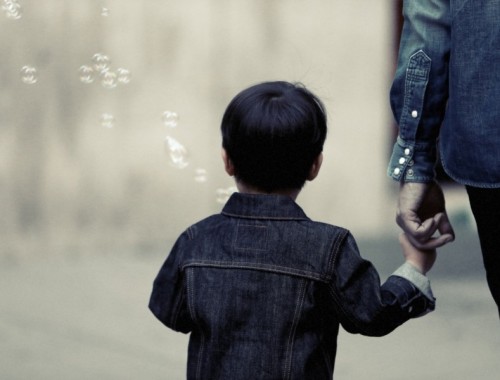 We Have a Live-In “Manny” and He Rocks!