As a little girl I used to have hot chocolate in a china cocoa set from 1860. The ritual and care required so as not to chip the cups etched the experience on my memory. The hot chocolate was the powder kind and on special occasions, it would contain dehydrated mini marshmallows. You could watch the sugar crystals in the powder as they dissolved. Back then a product was a product and nutritional ‘truths’ were a given. Soup, salad and milk were good for you. Candy was bad, and unless potatoes accompanied your meat, it wasn’t a proper dinner. Eating from the four food groups detailed in Canada’s Food Guide and doing some school ‘particip-action’ would keep you fit. 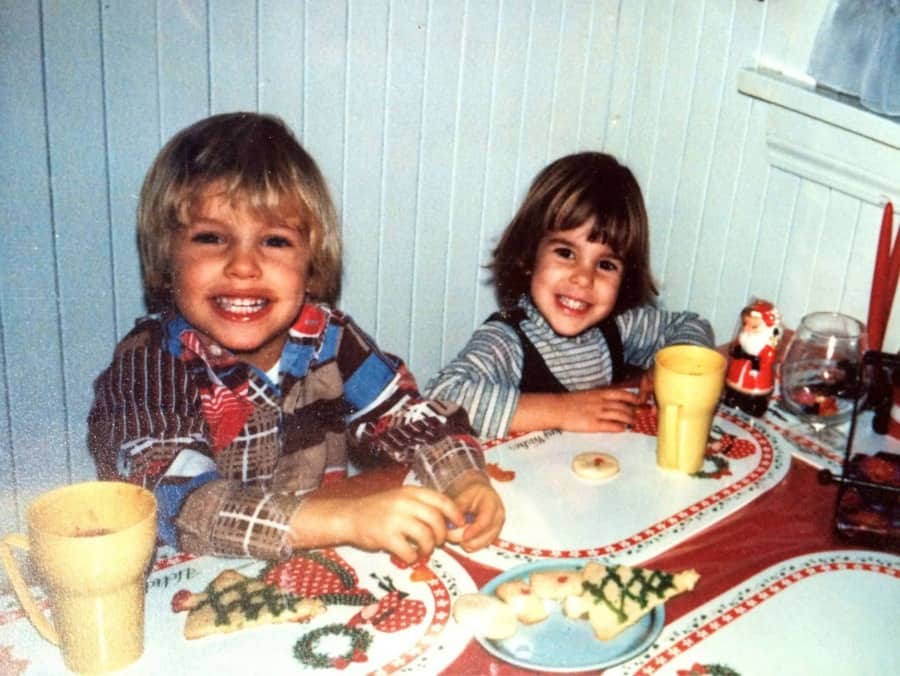 I used to feel guilty that I didn’t have salad much because my aunt served salads with every dinner. Iceberg lettuce, translucent tomatoes and soggy cucumbers. Thank goodness there was Catalina dressing to smother the whole thing. Remember?

Ah, what we learn as nutritional science develops! We begin to listen more to our bodies and our respect for nature’s goodness increases. Despite my Mom feeling like I am criticizing her parenting by making different choices for my own family, I know that change isn’t bad when it’s based on these principles. There are a few ‘truths’ that have changed for me over time.

Back in 1980, I would have had my head examined if I’d asked for organic berries, grass-fed beef, sprouted seeds, non-GMO corn or free range eggs. But we learn. We grow. And we pay attention to the science of nutrition to help us eliminate toxins, remain fit and live as many full years as possible. 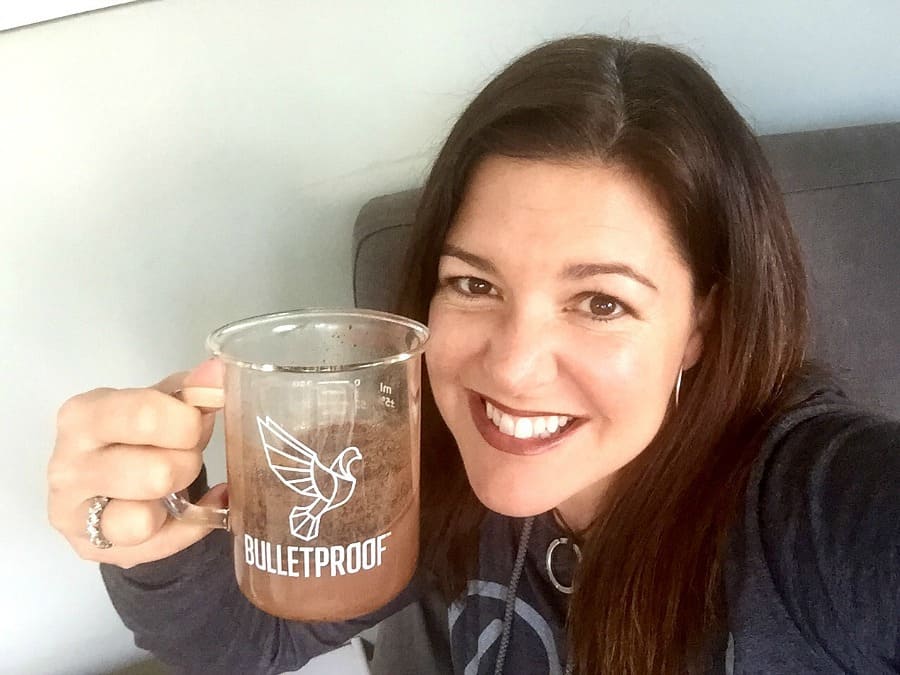 After age 40, I have started to care more about my body (mostly because things are sagging and people around me are getting ailments I’d never heard of). The old 50 situps to fitness doesn’t work as well, and my environmental footprint is far more important. With kids, a dog, cat, aging parents and a full life, efficiency has also become more critical to daily life. So, too, are healthy snacks. 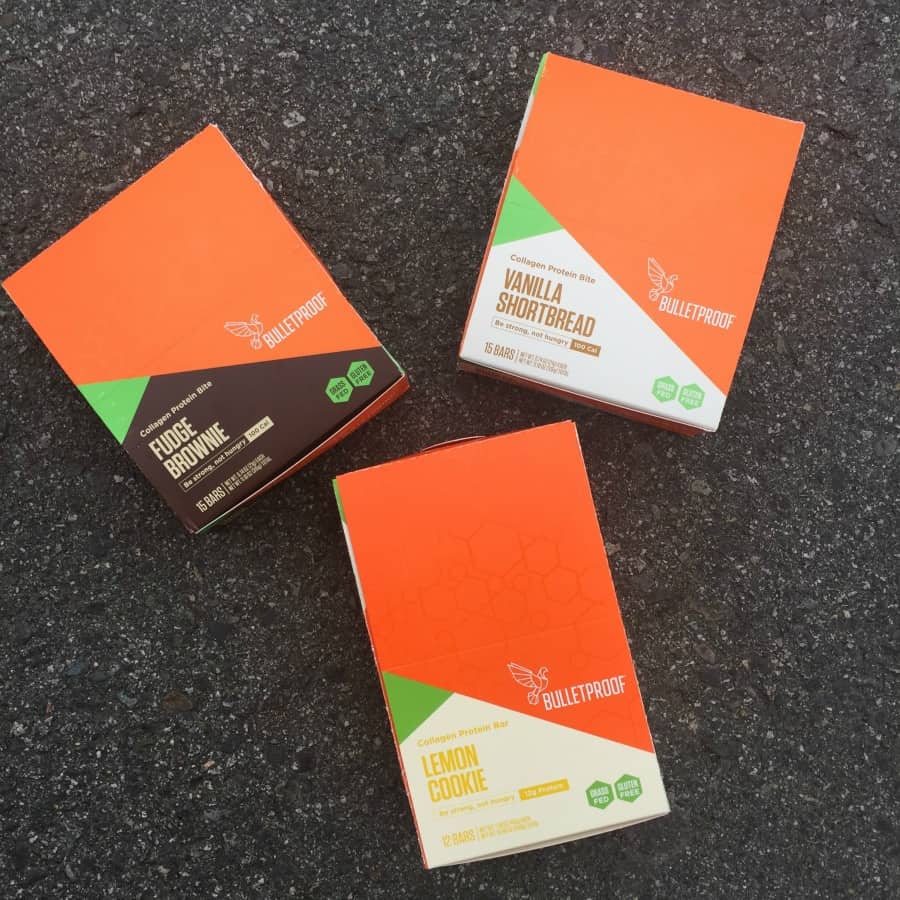 I first tested butter-enhanced Bulletproof coffee and XCT oil a few months ago and needed only one cup instead of the normal two. Despite the need for less, I noted double the productivity and none of the afternoon slumps. Win – win! It was a similar phenomenon during pregnancy, in learning that throwing extra herbs into tomato sauce counted towards more nutrients for the baby. Also a win. And now, there has been another advancement in knowledge and the development of products that I can add to my roster. Eating a hunk of upgraded Bulletproof chocolate fuel bar (the Himalayan sea salt ones are to die for but so satisfying you can actually stop at a hunk) instead of a whole box of crappy sugar-filled chocolate with no similar quality fats or XCT oil is a win that makes me SO HAPPY.

My protein bars have also changed. Now Bulletproof is producing Lemon Cookie protein bars along with fudge brownie and vanilla shortbread protein bites. They come in pocket-sized packages that are highly coveted by my two sports-obsessed monkey kids. 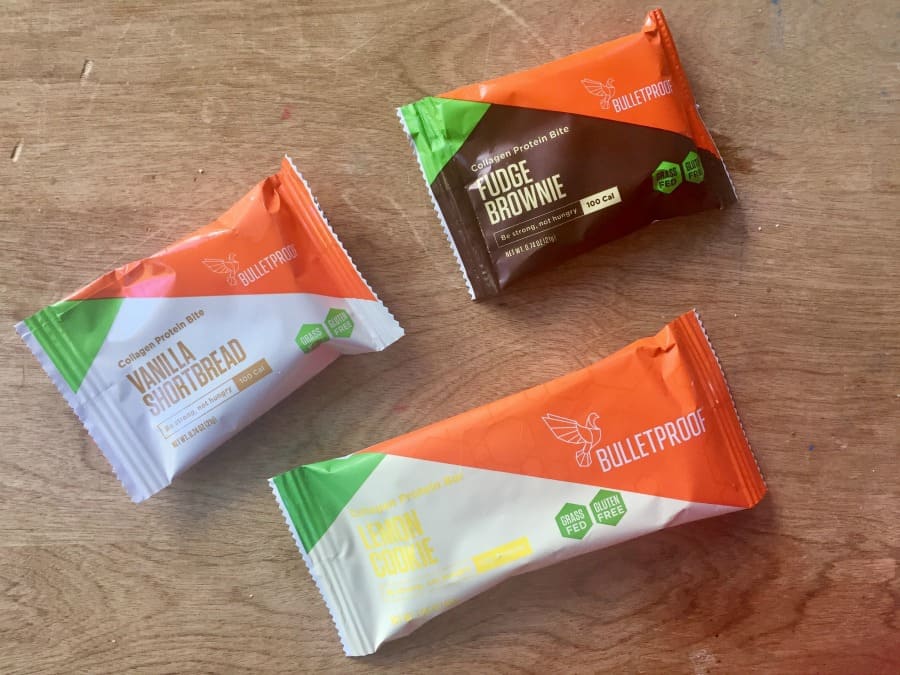 At 100 calories per bite with collagen protein produced by grass-fed cows, my level of nutrition and energy has grown. They are rich in the same bone, skin and joint-building amino acids found in bone broth. They are also produced at low temperatures to preserve nutrients and flavour. 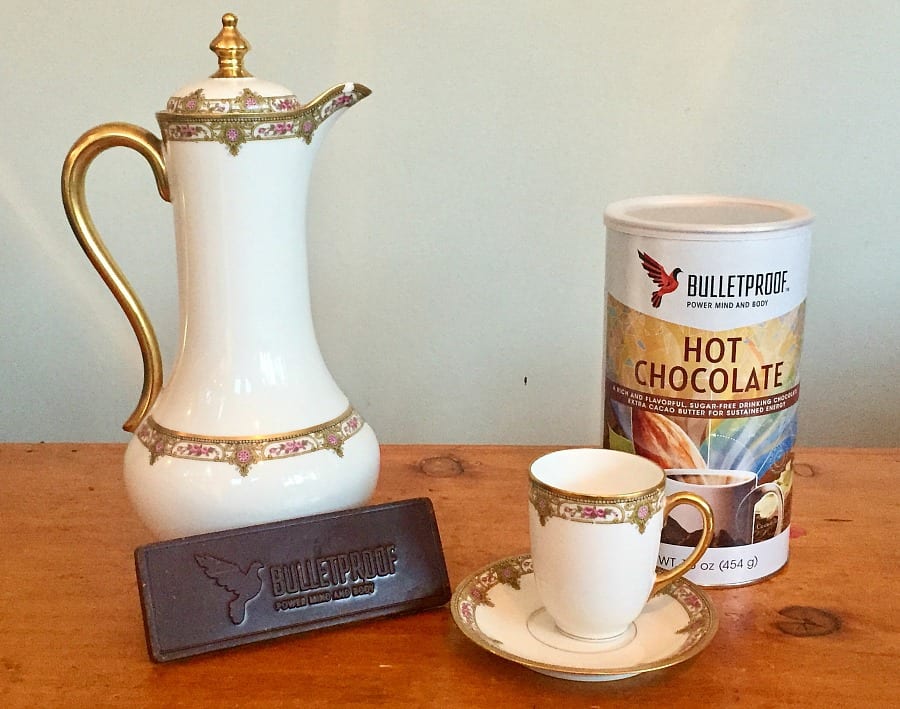 They couldn’t roll out this sweet and delicious line of snack goodies without being true to their ‘drink’ roots. Hot chocolate ‘so clean – it doesn’t need sugar’. I can still use the antique china, but knowing that half as much packs double the punch makes me feel smart. And knowing it’s produced in such a clean way that mold and toxins  – specifically mycotoxins – can’t get in makes me quite brilliant, actually. If you didn’t catch my coffee article, mycotoxins are formed because of mold. According to the World Health Organization,

“Mycotoxicoses are diseases caused by mycotoxins, i.e. secondary metabolites of moulds. Although they occur more frequently in areas with a hot and humid climate, favourable for the growth of moulds, they can also be found in temperate zones. Exposure to mycotoxins is mostly by ingestion, but also occurs by the dermal and inhalation routes. Mycotoxicoses often remain unrecognized by medical professionals, except when large numbers of people are involved.”

So basically. Bad. Very bad, and if you think about it – in things you consume daily, chocolate and coffee, for instance, you will want to eliminate as many of these nasty moulds as possible.

Keep the antique china and the graceful traditions, but please feel free to focus on updating old diet habits and question dietary routines that may no longer be scientifically supported. As you do this, companies like Bulletproof have your back. #FuelYourAwesome

Disclosure: This post was made possible by Bulletproof. Even if it were not sponsored I would still be drinking their coffee and eating their snack products while eagerly awaiting more innovations. 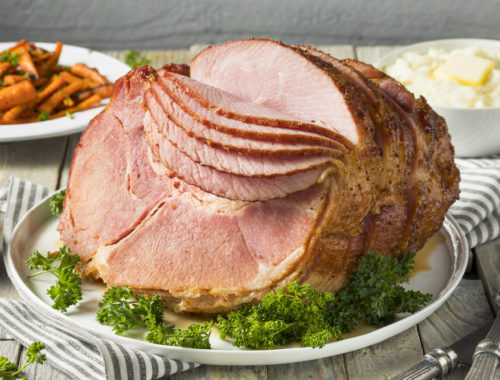