How to deal with a multiple pregnancy 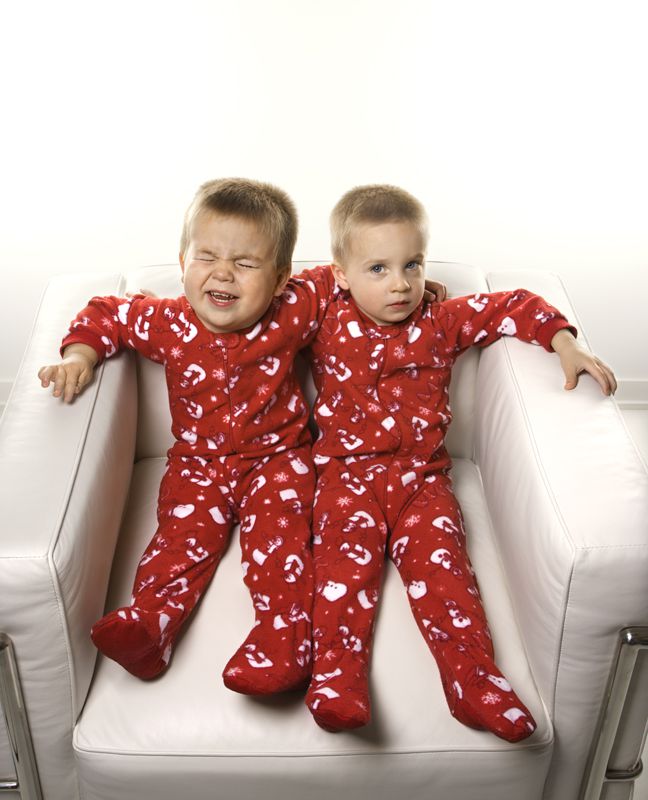 Having twins is a big responsibility. For many moms, it’s also a complete shock–and they’re dismayed and worried about how to deal with a multiple pregnancy.When I found out I was pregnant for the third time, I was…well, floored. We’d not planned on more kids–in fact, our second child was a surprise, too. I’d even been on the pill! Well, thanks to the fact that apparently antibiotics (I’d had strep throat) and birth control pills don’t mix well, and also to my evidently undeniable fruitfulness, I ended up pregnant again. I hadn’t been paying attention to my cycle, and thus really had no idea how far along I was, so we went to get an ultrasound to determine the approximate arrival date of the blessed event.

Imagine my surprise when the ultrasound tech clucked to himself and pointed at the screen, saying, “Well, there’s one heartbeat.”

Now, I immediately pricked up my ears to that: “ONE heartbeat?” I gasped, too afraid to speak the words I was thinking: that there was MORE than one heart in there?

“Yes, ma’am, there’s the second one. You didn’t know you were having twins?” The tech was genuinely surprised and dismayed.

Turns out I was about six weeks along. I was also in a foreign country, so I had to set out to find an OB/GYN that was appropriate for me (i.e., one who spoke English). When I did, she laid out the rules for me about twin pregnancies: expect what you had with your singleton pregnancies…just more, and faster.

Boy, oh boy, was she right.

By four months I looked like I did at six months with my first pregnancies. I was hungrier, had more cravings, and soooo tiiiiiirrrreeed.  Braxton-Hicks contractions came earlier. And my lord, but those babies were active.

I was told at 20 weeks I had a set of healthy fraternal boys percolating inside me, and they were, even in the womb, yin and yang. Literally, one has brown eyes and the other blue. One has a serious and sweet personality, while the other is whimsical and like a firecracker. Before they were born, they curled around each other like the black and white parts of that ancient Chinese symbol; eventually, I got to know them by their personalities, even before I saw them face-to-face. They would fight inside me,  battling each other for space, I assume, which felt like I was being used as a human Bounce Castle. Eventually, one (Collin) settled into lotus position atop my cervix, and he refused too budge, so the doctor told me that I’d have to have a c-section.

Whew! The thought of pushing out two babies had been troubling my nightmares.

By six months I began having contractions and was put on bed rest. My ankles swelled. My belly ballooned. My back ached. My boys pummeled me from within, as if fighting to get out. When the contractions started again at seven months, I was put on medication…miserable, horrible stuff that made me feel dizzy and sick all the time, but I lasted another week. It was important, the doctor said, because twins, especially boy twins, often develop their lungs slower than singletons. They needed every moment inside me to get stronger. But at 31 weeks, the contractions began and wouldn’t stop. This is another common occurrence in twin pregnancies: pre-term labour.

In order to get through the trials and tribulations of a multiple pregnancy, basically take your “normal” advice and expectations and multiply them. These are some helpful hints:

Get more rest. Don’t feel guilty about needing a nap or sleeping late. Your body needs it.

Drink a LOT of water. Sure, you’ll pee more…but the babies and your body needs the extra fluid.

Stay off your feet when you can–and put them up!

Lie on your left side with a pillow between your knees, which helps with swelling, backaches, and circulation.

Eat small meals, slowly. Eating too much will earn you bloat and heartburn, whereas eating more often and in small portions keeps your metabolism going, your blood sugar even, and doesn’t put a bunch of stuff in your gut all at once.

Exercise with moderation and care as you get further along. Think low-impact, such as swimming and walking. No more spinning or weights.

Watch your nutrition. Two or more babies puts you automatically in the “high risk  pregnancy” category, and your body is more likely to react bizarrely, as in with diabetes and pregnancy induced hypertension. By keeping your diet under control, you give that body one less thing to freak out about!

Prepare! Not just making sure you have enough diapers and other supplies: this means enlist help. Call in favors. Once those babies come home, you’ll need it, and if you get stuck on bedrest, you’ll need it even sooner. Relatives, friends, moms from your older kids’ school/playgroup/whatever all can pitch in a little bit, and every little bit helps. Whether it’s covering for you with carpooling, doing some laundry and cleaning, helping watch older kids or helping you with two newborns, you should take whatever people will volunteer as a gift from above. 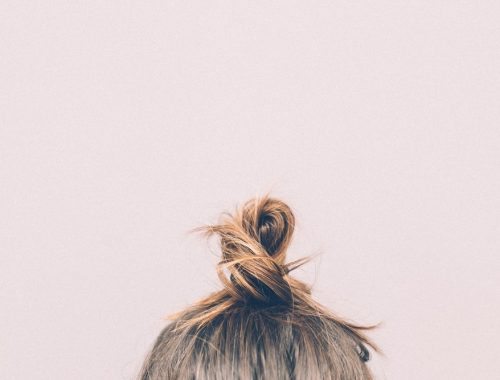 Eye of the Storm, by Samantha Jeffers Agar