what to buy organic 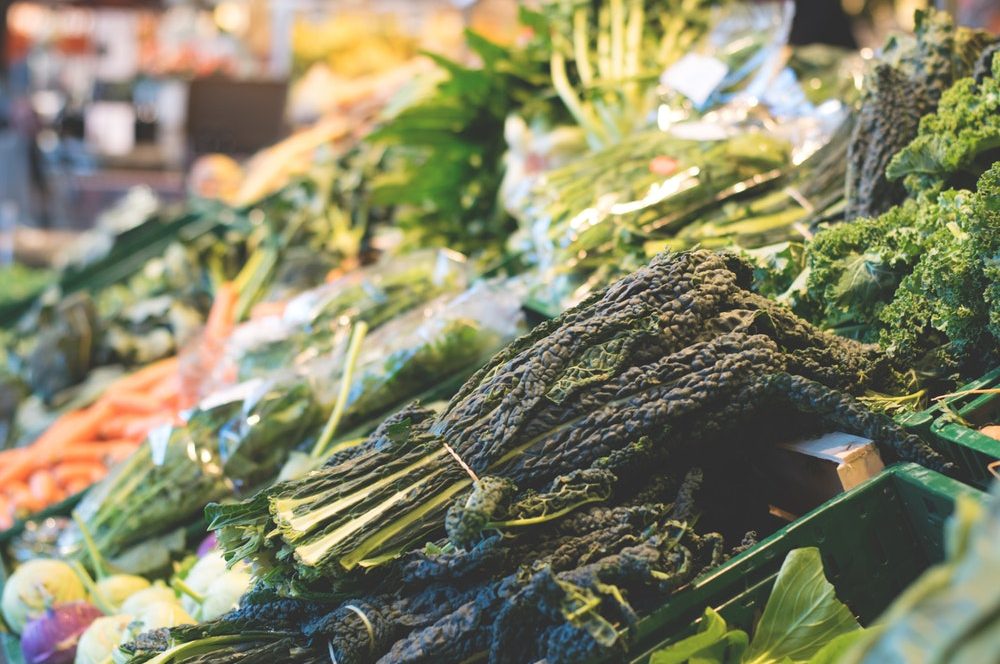 How Do You Switch to Organic?

EAT, family meals, snacks By Jill Amery January 2, 2014 Tags: alyssa schottland-bauman, depending on what you eat. The key is to be strategic in your organic purchases. But how do you switch to organic?, doesn’t necessarily have a big impact, family meal, featured, for instance, healthy eating, nourish, nutrition, Opting for organic produce, organic food, organic fruits, organic veggies, what to buy organic 6 Comments

Switching to organic is a tough decision for many families. By choosing organic versions of the family’s most consumed foods, you can increase the percentage of organic food in your diet without big changes to your shopping cart or your spending. Opting for organic produce, for instance, doesn’t necessarily have a big impact, depending on what you eat. The key is to be strategic in your organic purchases. But how do you switch to organic? Like this.

According to the Environmental Working Group, commercially-farmed fruits and vegetables vary in their levels of pesticide residue. Here’s their standard of when to choose organic and when it’s OK to go conventional.

Nutrient Dense: Reports of organic food not being better for you are outdated. A brand new analysis of about 100 studies, including more than 40 published in the past 3 years, found that the average levels of nearly a dozen nutrients are 25% higher in organic produce.

Consume Fewer Toxins: Eating the 12 most contaminated fruits and vegetables exposes you to about 14 pesticides a day. A study supported by the EPA measured pesticide levels in children’s urine before and after a switch to an organic diet. After just 5 days, the chemicals decreased to trace levels.

1. Milk: Most children drink milk everyday or in large quantities so this is one product not to skimp out on when it comes to choosing between organic and non. Also, when you choose a glass of conventional milk, you are buying into a whole chemical system of agriculture. Organic milk doesn’t contain the harmful antibiotics, artificial and growth hormones and pesticides that are used in commercial dairy.

2. Potatoes: Potatoes are a staple of the North American diet—an alarming fact in itself—one survey found they account for 30% of our overall vegetable consumption. A simple switch to organic potatoes has the potential to have a big impact because commercially-farmed potatoes are some of the most pesticide-contaminated vegetables. Root vegetables absorb herbicides, pesticides, and fungicides that wind up in soil. Potatoes are treated with fungicides during the growing season, and then sprayed with herbicides to kill off the fibrous vines before harvesting. After they’re dug up, the potatoes are treated yet again to prevent them from sprouting. Try this experiment: Buy a conventional potato in a store, and try to get it to sprout. It won’t. 81% of potatoes tested still contained pesticides after being washed and peeled, and the potato has one of the highest pesticide contents of 43 fruits and vegetables tested, according to the Environmental Working Group.

3. Peanut butter: More acres are devoted to growing peanuts than any other fruit, vegetable or nut, according to the U.S.D.A. More than 99% of peanut farms use conventional farming practices, including the use of fungicide to treat mold, a common problem in peanut crops. Given that some kids eat peanut butter often, this seems like a simple and practical switch. Commercial food firms now offer organic brands in the regular grocery store. Even opt for grinding your own in store. Kids love the process watching the nut transform into paste!

4. Ketchup: For some families, ketchup accounts for a large part of the household vegetable intake—another sad fact in itself. About 75 percent of tomato consumption is in the form of processed tomatoes, including juice, tomato paste and ketchup. Notably, recent research has shown organic ketchup has about double the antioxidants of conventional ketchup.

5. Apples: Apples are the second most commonly eaten fresh fruit, after bananas. But apples are also one of the most pesticide-contaminated fruits. Why? They are individually grafted (descended from a single tree) so that each variety maintains its distinctive flavor. So apples don’t develop resistance to pests and are sprayed frequently. The industry maintains that these residues are not harmful. Don’t buy that. So minimize exposure by avoiding the most pestiside doused produce but choosing organic apples. The good news is that organic apples are easy to find.

6. Popcorn: Chemicals, like perfluorooctanoic acid (PFOA), in the lining of the microwave popcorn bags, are part of a class of compounds that may be linked to infertility in humans. Studies show that microwaving causes the chemicals to migrate into your popcorn and accumulate in the body for years. Many manufacturers will phase out PFOA by 2015 under a voluntary EPA plan, but millions of bags of popcorn will be sold between now and then. The solution: Pop organic kernels the old-fashioned way—in a skillet. For flavorings, add real butter, olive oil, or dried seasonings, such as dill, vegetable flakes or nutritional yeast. Bonus is that air-popped popcorn is a whole food, high in nutrients and a way cheaper snack food option.

7. Canned Tomatoes: The resin linings of tin cans contain bisphenol-A, a synthetic estrogen that has been linked to ailments ranging from reproductive problems to heart disease, diabetes and obesity. Unfortunately, acidity—a prominent characteristic of tomatoes—causes BPA to leach into your food. Choose tomatoes in glass bottles (which do not need resin linings). Substitute low sodium organic jarred pasta sauce for canned tomatoes when a recipe calls for canned tomatoes and none are on hand.

8. Meat and Poultry: A study in the journal Meat Science compared the nutritional content of organic and nonorganic chicken meat. The researchers found that the organic samples contained 28% more omega-3s which are linked to reducing rates of heart disease, depression, type 2 diabetes, high blood pressure, inflammation and Alzheimer’s disease. Animals raised organically are not given antibiotics, growth hormones or feed made from animal by-products (read: they don’t eat their own species).

In-Season Savings: Hunt for produce at your local farmer’s markets. Buy organic produce in season (preferably local), when it’s most affordable—usually at half the cost. Not only does your wallet benefit, but also do the local farmers. Produce is farm fresh with a much zingier taste as it was probably just picked that day. Plus, little energy was wasted in its journey from the farm to kitchen.

Buy in Bulk: Organic options can be found at Costco—like organic bagged brown rice, whole-wheat flour and quinoa. Stock up on these, They don’t go bad and you will use them more often when on hand. You can also find many organic grains—brown rice, whole oats, pastas, flours, dried fruits, and nuts in bulk sections of stores for far less.

Portion Control: The recommended portion size for meat and poultry is three ounces, the size of a deck of cards. Stick to this amount and round out your meal with less expensive whole grains and veggies not only to cut meal costs, but also to drastically improve nutritional intake.

Organics to Skip: Which products don’t require the hefty price tag? Step into any health food store and you’ll find an organic version of just about everything, including junk food. While it’s true that organic is still better for you, soda is still soda, even with an organic label. A six-pack of organic soda contains 160 calories and zero nutrients. So skip it entirely. Cutting back on sweets and nutritionally void extras altogether is the best step to better health and won’t sabotage your shopping budget that should be spent on healthy whole foods.

– Alyssa-Schottland Bauman received her training to practice Health Counseling at the Institute for Integrative Nutrition, which is the only nutrition school integrating all the different dietary theories—combining the knowledge of traditional philosophies with modern concepts like the USDA food pyramid, the glycemic index, the Zone and raw foods.  www.nourished.ca