The Dangers of H1N1 for Pregnant Women

The Interior Health Authority here in BC published a full report on “Pregnancy and the H1N1 Flu Virus” on September 18th. The report states that the risk to pregnant women is two-fold. First, pregnant women tend to be relatively young and it has been demonstrated that young people are more susceptible to this strain of the flu because they lack an immunity to it that older individuals likely acquired before younger generations were born. Thus although pregnancy itself does not increase one’s chance of contracting the virus, young women (and men) in general are more likely to contract the illness than older people. The second are of risk is in complications: pregnant women are more likely than the average person to experience serious complications if they are infected with the virus. Complications such as pneumonia, severe respiratory illness, early delivery of the baby and miscarriage were listed in the Interior Health Authority’s report. The report goes on to state that women in the second and third trimester of pregnancy are especially at risk and that this elevated risk for complications continues for the first four weeks after a woman has given birth.

The Public Health Agency of Canada (PHAC) recommends that pregnant women see a doctor to discuss prevention of contracting H1N1 and preparations for contraction to reduce the likelihood of serious complications. Pregnant women should see a doctor immediately if they develop flu-like symptoms. Antivirals can safely be administered to pregnant and breastfeeding women, says the Agency, but need to be administered within 48 hours of the onset of the flu-symptoms so it is important to see a physician quickly.

According to the Public Health Agency of Canada (PHAC), the World Health Organization (WHO) has strongly recommended that pregnant women get vaccinated against the H1N1 virus and PHAC is also recommending this. However, there have been reports and rumours that the standard vaccine available in Canada is not safe for pregnant women. According to PHAC, the ingredient of concern in the H1N1 vaccine is called an “adjuvant” which “boosts the individual’s response” to the vaccine. Adjuvants are very useful in vaccination and have been present in vaccines for “several decades.” The following is the PHAC statement regarding adjuvants and pregnancy:

As a result of this recommendation, the Canadian government has purchased non-adjuvanated H1N1 vaccines for use in pregnant women and children under 3 years of age. Therefore, if you are pregnant or have a child under the age of 3 and you are interested in getting yourself or your child vaccinated, ask your doctor about the option of the non-adjuvanated H1N1 vaccine.

Do you think you will be getting yourself or anyone in your family vaccinated against H1N1? Let us know in our H1N1 Vaccine poll to the far right of each page of our website.

For more general information about H1N1 please refer to our other articles H1N1 Influenza: What You Need to Know and H1N1: Severity, Vaccines and More News. For more information about H1N1 and the H1N1 vaccine visit the Public Health Agency of Canada’s FAQ about the H1N1 Virus or the British Columbia Ministry of Health’s Vaccine Information Sheet which has been updated as of September 28th.

How long should my newborn be sleeping? 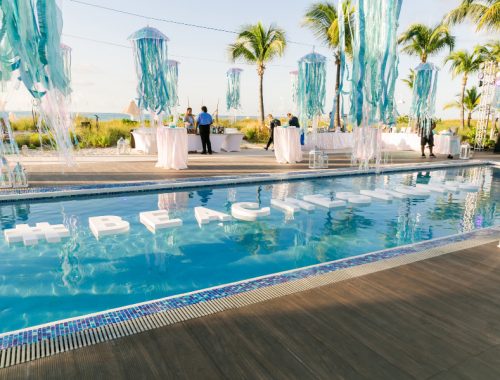 11 Ways to Help Save Our Oceans with the Sandals Foundation