Elf on the Shelf and Ugly Holiday Sweater Cross Paths

Ugly Holiday sweaters have been the rage for many years, though in 1980 many people thought they were beautiful. Like Elaine’s attire on Seinfeld, bell bottoms or disco wear, what was once accepted as normal becomes fodder for themed office holiday parties. This year, there is no need to spend hours in thrift stores finding vintage mothball-scented ugliness. Sportchek comes to the rescue by celebrating your favourite NHL and NBA teams in beautifully designed sweaters, vests and onesies.

The Elf on the Shelf approached me while I was wearing one of these awesome new garments, and he wouldn’t leave me alone. It quickly became clear that not only is he a sports lover, but he knew that I like mischief as much as he does. Here’s what ensued when the elf on the shelf and ugly holiday sweater crossed paths..(don’t tell Santa).

So a bunch of green army men didn’t like the way we were playing around the Christmas tree, so they quickly put a stop to it. 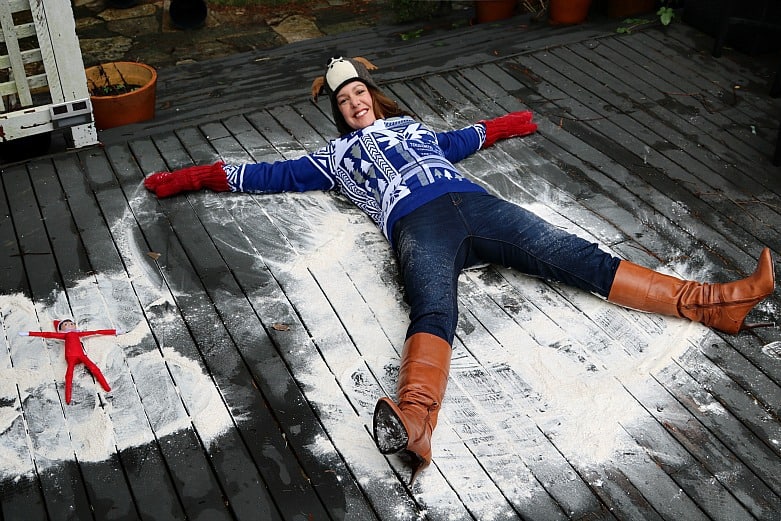 And then I discovered that Vancouver winters are not conducive to snow angels, but Elf was begging, so we improvised with whole wheat flour. 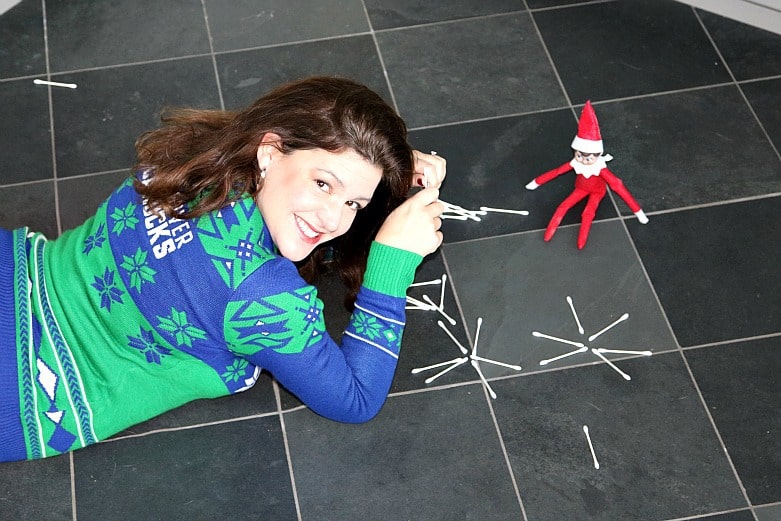 Her really doesn’t think I’m very good at making snowflakes out of Q-Tips, but he appreciated the effort. 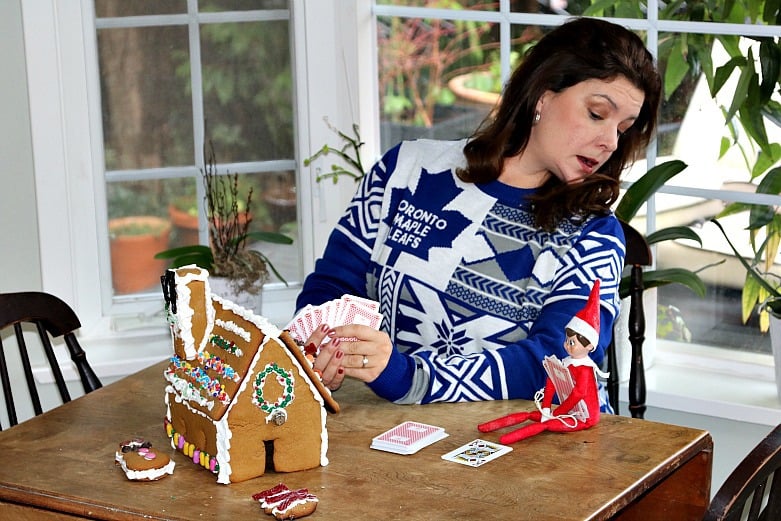 The little Imp kept beating me so I had to take matters into my own hands.

Unfortunately the sweaters don’t yet come in elf sizes. But, yes. You can also wear them for Festivus. 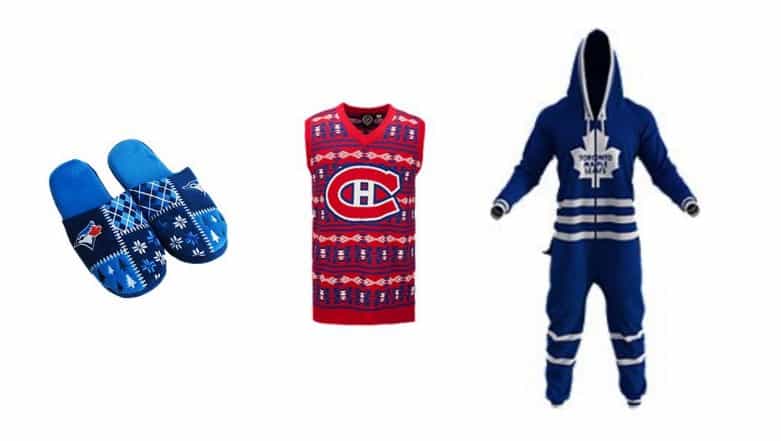 Disclosure: This post was made possible by the wonderful folks at Sportchek, who constantly bring athleticism into every part of our lives – even Ugly Christmas Sweaters! 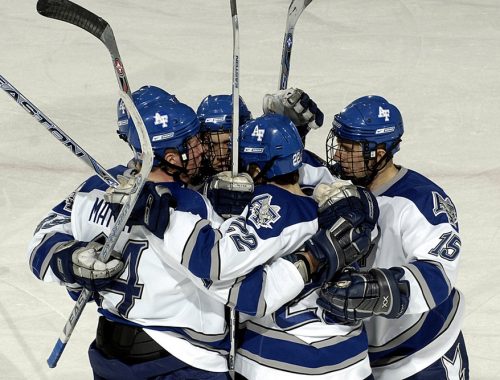