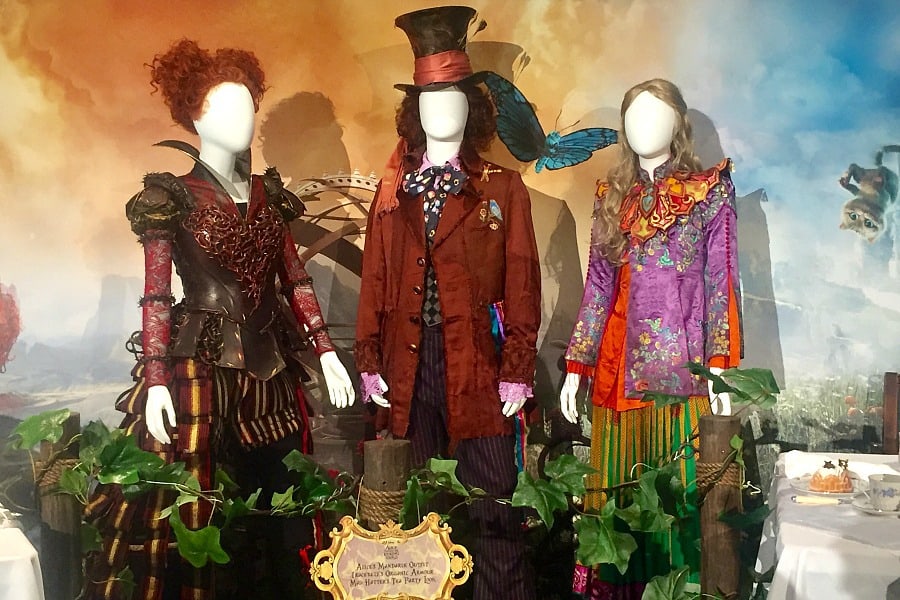 Alice Through the Looking Glass Costumes and Decor

While at the Disney Social Media Moms Celebration, I had the honour of not only hearing from Suzanne Todd, Producer of Alice Through the Looking Glass but also being part of the second audience to ever screen the film.The empowerment of women reigns throughout this technically magnificent spectacle. As a former actor, it’s difficult to imagine acting in front of blue screens with only red X’s on which to direct your gaze. We saw Mia Wasikowska (Alice) filming her scenes and I was in awe at how she had to create scenes inside her head in order to find her reactions to events without another human being feed her their lines or emotional expression. We also got a peek at Alice Through the Looking Glass Costumes in real life. 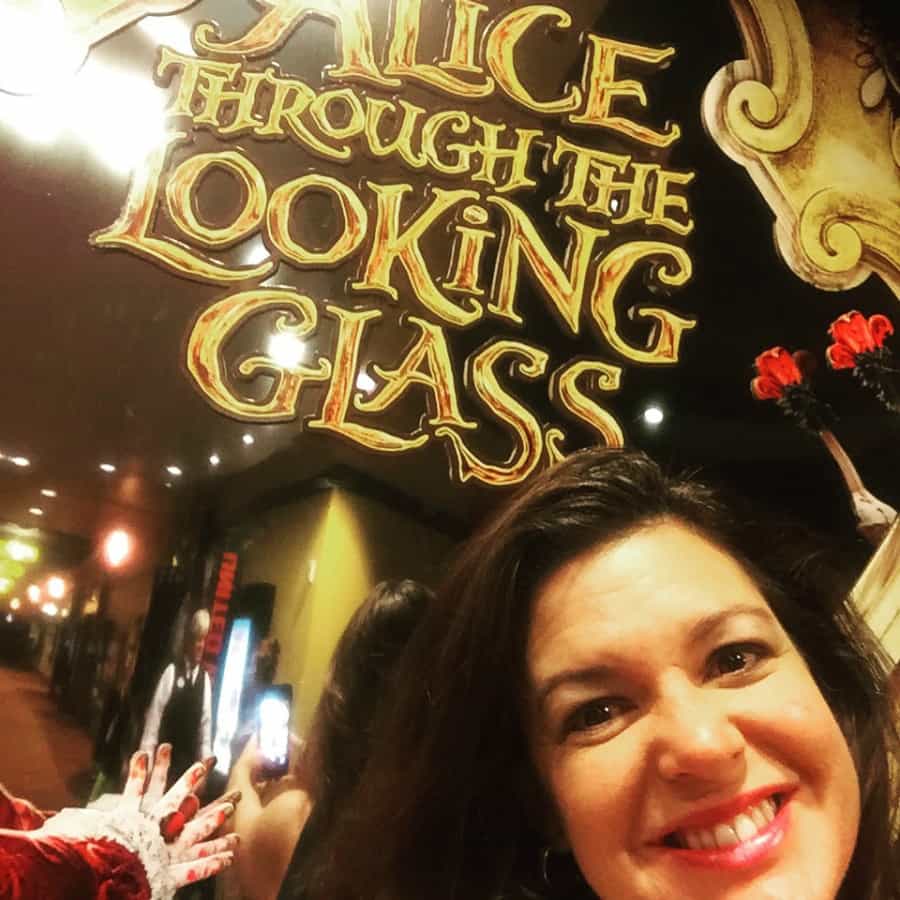 The opportunity for whimsy is boundless and yet the plotline and acting were not so over the top that viewers tuned out of the film. What was mind boggling was the integration of human beings with computer generated images and effects. While scenes like Alice shrinking and growing were filmed in front of blue screens, others, like the opening when the Alice expertly captained her ship through rocky waters were done with a full-scale replica of the ship on rockers in a hangar. I usually dislike knowing how visual effects are accomplished, but was riveted to hear behind-the-scenes tales directly from the mouth of the producer.

Funnily enough, when the family saw the film the next day, I realized that the ‘spoilers’ hadn’t ruined the experience for me. Hundreds of times I found myself lost in the artistry of the effects.

While in Orlando we saw glimpses of Alice-inspired party decor as well as the real costumes used in the movie. Alas, Johhny Depp was no longer in the costume… As you can see below, the level of detail and workmanship is stunning. 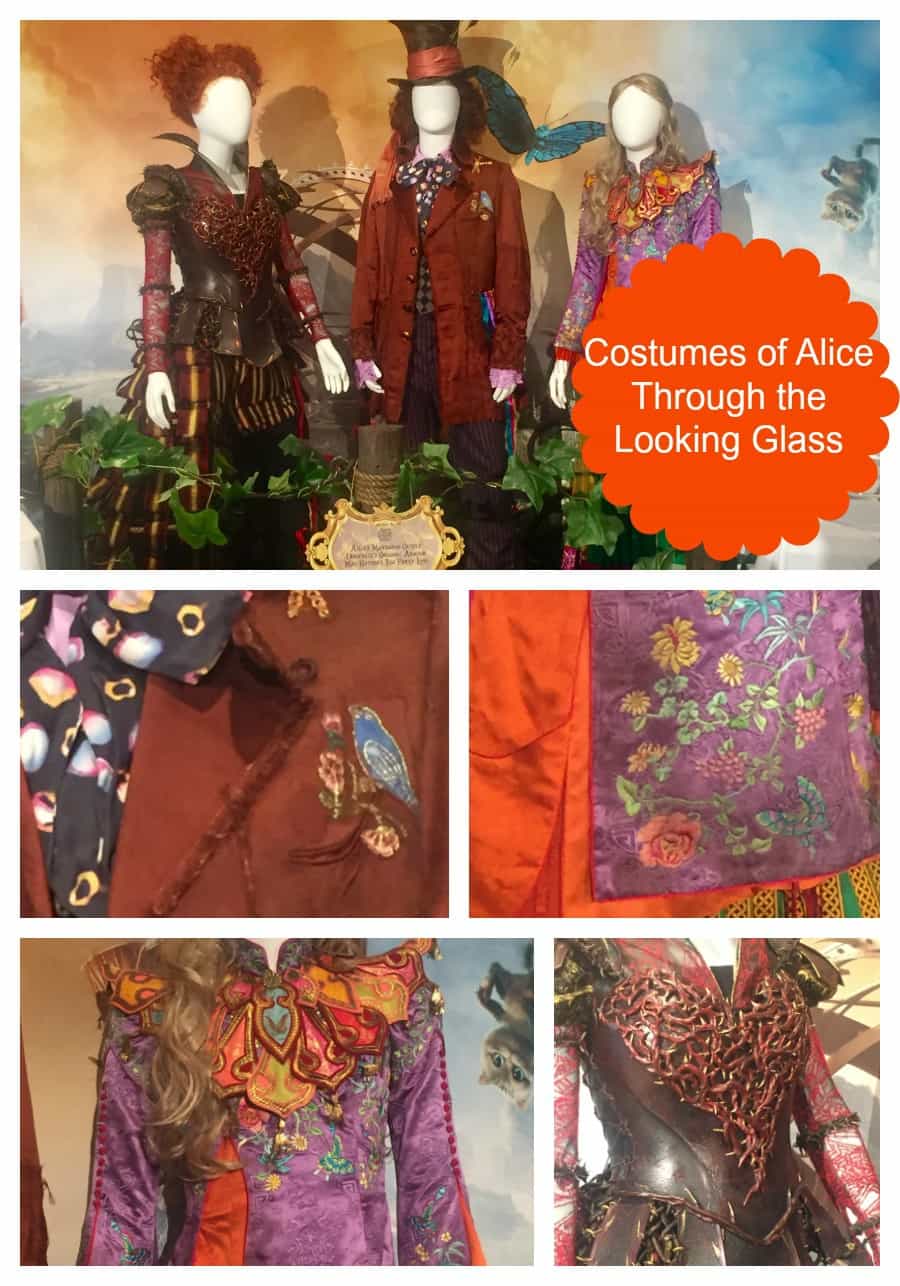 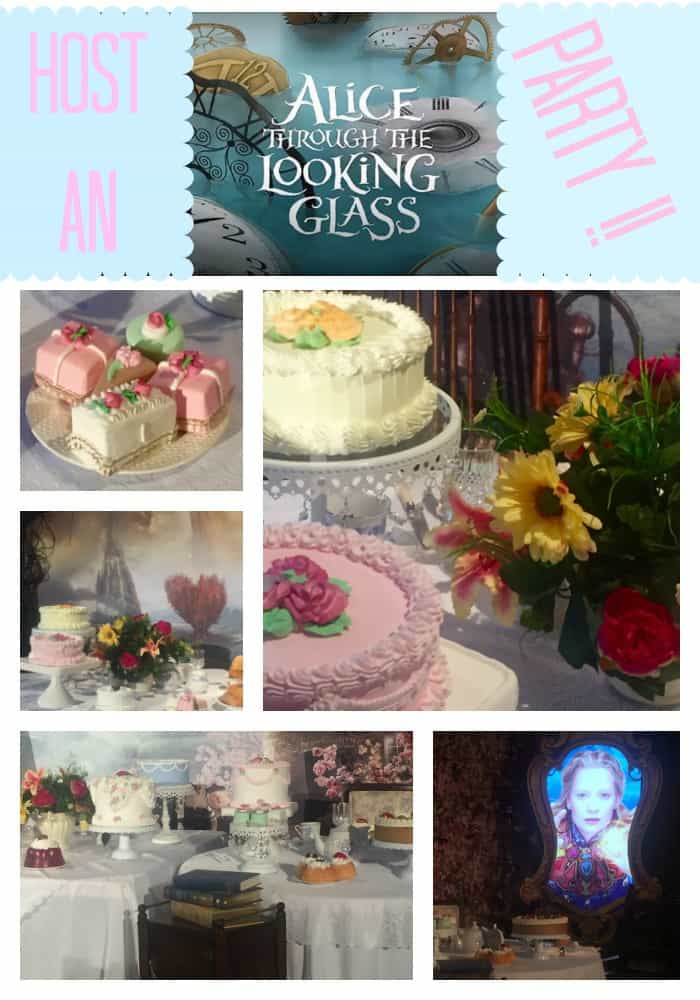 I will also be working hard on my next afternoon tea decor after seeing these desserts inspired by the Mad Hatter’s tea party! While every word uttered by Suzanne Todd was magical, I was fairly distracted by her shoes, which I have now sourced and purchased. Because after all, no tea party is complete without shoes from fab UK designer Irregular Choice.

I’d love to hear your thoughts on the movie – and which shoes you’d choose! 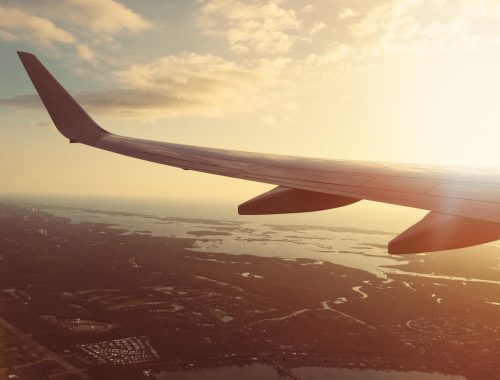 What to Wear When Traveling with a Child