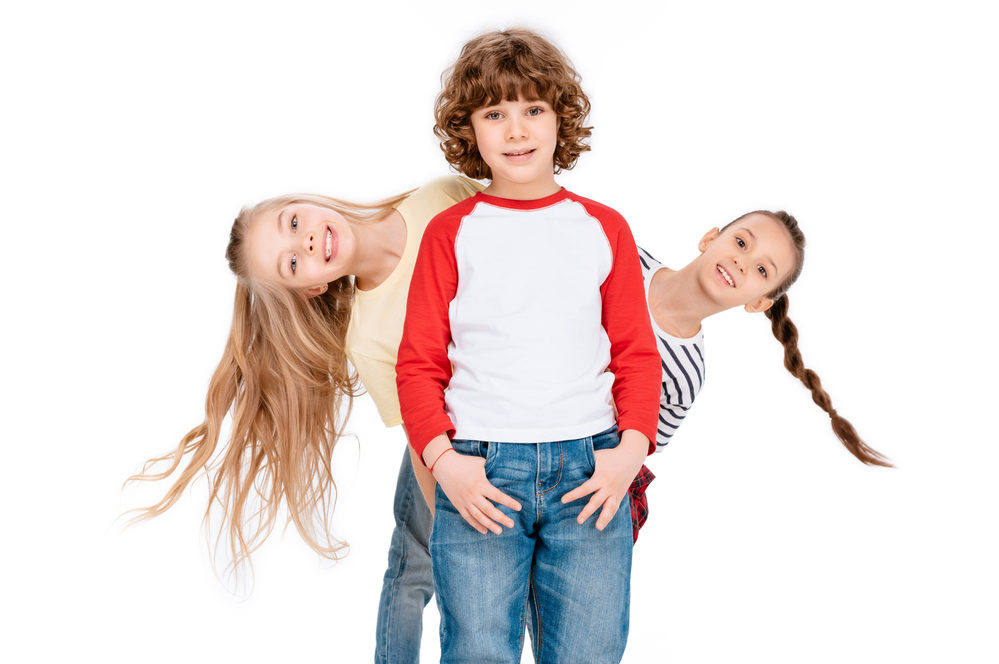 Adoption in the Workplace

Barb and Maxine work for a large corporation whose profit for the last quarter was $400 million. Both women are new moms, currently at home caring for their children. Barb will be at home for 52 weeks and will receive 85% of her regular salary. Maxine, on the other hand, is able to stay home for only 35 weeks during which she receives 55% of her usual salary. What is the difference? Barb is a biological mother; Maxine is an adoptive mother.

Both the Federal Government and the employer are treating these women differently, based on the way they have chosen to build their families. Their employer, like many organizations, the payments received from Employment Insurance so that employees receive full (or near full) salaries while they are off work.

In Maxine’s case, however, their employer does not extend the benefit to adoptive parents.

The Federal Government pays Employment Insurance (EI) benefits to provide financial assistance to new parents (currently 55% of average insurable earnings to a maximum of $413 / week). Maternity benefits are payable to biological mothers for a maximum of 15 weeks.  Parental benefits are payable to parents (biological or adoptive) for a maximum of 35 weeks. Thus biological parents are eligible for 50 weeks of employment insurance while adoptive parents hit the maximum at only 35 weeks. One adoptive parent is mounting a Charter of Rights challenge on this very issue in the E.I. Legislation.

Biological parents are provided with EI benefits over a one-year period comprised of:

b)   15 weeks of maternity benefits

Many employers also pay top-up wage compensation to their employees for the two-week E.I. disqualification period by topping up their wage to between 85% and 100% of their normal salary (i.e. the employer pays all of this benefit during the first two weeks). For the next 15 weeks, the top-up reduces by the amount of the E.I. maternity benefits (described above). Some employers also top-up the employees salary for the full 35 weeks of parental benefits as well.

As a result of complaints we received about how adopting parents were treated in the workplace, Sunrise conducted a limited and informal poll of its clients to see how widespread the differential treatment of adoptive and biological parents by employers is, and we were stunned by the responses. Many of our clients reported situations in which a biological parent receives top up payments, while an adoptive parent is refused. Here are some examples of what we heard:

Government of British Columbia: The B.C. Provincial Government is one of least discriminatory employers we heard about. It offers a top-up to both biological and adoptive parents (to its unionized and non-unionized employees.) It also offers adoptive parents a Pre-Placement Adoptive Leave. This leave allows adoptive parents to attend pre-placement visits for their homestudy or to complete legal requirements for the adoption while collecting 85% of their regular salary.
Government of Canada: A federal civil servant, who is an adoptive parent, received 93% of her wage by top-up for 37 weeks. The real irony is that the Federal Government treats its adoptive parent employees better than most employers do, but discriminates against all adoptive parents with its EI policy!
Police: The RCMP (a federal government employer) offers both adopting and biological parents the top-up for 37 weeks. Other police forces in British Columbia (Municipal forces) generally do not pay the top-up to adoptive parents. (The municipal public force in Saanich, B.C., however, does pay the top-up for 37 weeks).
Municipalities: One adopting parent reported that the Municipality she worked for finally gave her the top-up right after she filed a complaint with the Human Rights Commission.
Hospitals: Regional Health Districts are the employer for nurses in British Columbia. One adoptive parent reported that in his hospital, biological parents receive a top-up on the EI Maternity Benefit only. No one receives a top-up on the Parental Benefit. Since adoptive parents don’t qualify for maternity benefits, they don’t receive any top-up at all.
Universities: Universities do not seem to take a consistent approach in how they treat their employee parents. Adopting parents employed by universities told us about a wide variety of benefits payable to adopting parents. Often these were inconsistent, unusual, and at times discriminatory. At the University of British Columbia, adopting parents get topped-up for 12 weeks, while biological mothers receive 20 weeks. At the University of Toronto, adopting parents receive 27 weeks of top-up, and biological mothers receive 3 weeks more. At Capilano College, parents on parental leave are topped-up to 80% of salary, and for parents on maternity leave to 90% of salary. Professors at Simon Fraser University  To do this, the maternity benefits not paid to adoptive parents by EI  are covered by the university.  Kudos to SFU!  are the only employees we found who were treated absolutely identically whether they were biological or adoptive parents.
Schools: We heard from many teachers across the province. School Districts in British Columbia bargain separately with the teachers union (BCTF). As a result, adopting parents (who are also teachers) receive different benefits depending on where they work. For example, Surrey Teachers do receive the top-up of 95% of salary for the first 2 weeks, 70% for next 15 weeks and zero for the balance of parental leave. North Vancouver District teachers receive 95% for the first 2 weeks, but then 70% for only the next 10 weeks (while biological mothers receive it for the next 15 weeks). Most other school districts do not pay top-ups at all to teachers. There is no rational basis for treating teachers, who choose to create their families by adoption, differently. One parent was told that top-ups are not paid to adopting parents because the school district follows Government of Canada rulings. This doesn’t accord with our findings; all federal government departments that we heard from do top up adopting parents. One adopting parent employed by the Burnaby School Board was recently refused the top-up. When she told her employer that she was filing a complaint with the Human Rights Commission, she immediately received a top-up.

Falling Between the Cracks

Some adopting parents are in a catch-22 situation and the problem may not be resolved until a parent takes action. We heard from several British Columbia parents who reported that employers dodge responsibility by saying it is up to the union to ask for benefits through the collective bargaining process.

One city police department we heard from only offers the top-up to biological parents. A Port Moody police officer said, “I am a union member and was entitled to nothing under the collective agreement. However, we were in the middle of negotiating a new one, and I asked for a provision to be added. I was unsuccessful”.

Pursuant to Labour Relations legislation, unions are required to represent minority interests (like those of adopting parents). Failure to do so can lead to a complaint with the Labour Relations Board. Exercising that legal right against your Union, however, can be a scary prospect.

Another adoptive parent reported: “I wasn’t sure if there are many others in the same boat as myself, and considering the extremely daunting task of applying for change in our organization (my employer is Vancouver Coastal Health), I have not bothered to try. I would have to put forth a motion to the union (membership = 40,000) and the union would then vote on whether or not to pursue this issue with the Health Authority and ultimately the Government. Another union colleague who adopted several years ago felt the same as I do now.”

Many adopting parents had similar experiences when they approached their union. They were told that nothing could be done. Studies in the USA show that less than 1% of eligible employees receive adoption employment benefits. No wonder adoptive parents can feel lost in big unions!

What Can Be Done?

In a landmark 2002 study, 94% of respondents stated that adopting parents should receive the same benefits in the workplace as biological parents. It is clear our society feels overwhelmingly that adopting and biological parents should be treated equally. This doesn’t seem right. Large government employers (such as hospitals, health districts, municipalities and school boards) should not justify continuing to discriminate by claiming that the unions need to ask for it. They should take responsibility and end the discriminatory treatment. Employers should treat parents equally, whether they give birth or adopt. If an employer pays an E.I. top-up to a biological parent, then the same compensation should be paid to an adopting parent. To not do so is discrimination.

The need for change is apparent and many parents expressed an interest in making that change happen. Unless adopting parents object, this discrimination will not end. One possibility is to file a complaint with the BC Human Rights Tribunal. The most effective solution may be for adoptive parents to lobby their MLAs and MPs for legislative change.  How about a law that simply says adopting parents and biological parents must be treated the same in any workplace.  (After all 94% of society already thinks this is what should happen)

Talk to your employer and/or your union officials. If your organization tops up biological parents, insist that they treat adoptive parents equally.

We also heard about a few employers who give their employees a lump sum payment to help with adoption expenses. These payments ranged between five and ten thousand dollars.

In Ontario court the courts have not been sympathetic to adopting parents.  In a case called Shafer the Ontario Court of Appeal decided that the discrimination built into the EI legislation did not contravene the Charter of Rights.

The information in this article has been provided by http://www.sunriseadoption.com, BC adoption agency Sunrise Family Services Society, and was obtained from a limited survey of Sunrise clients. The next step is to broaden the scope of this investigation to the BC and Canadian adoption community as a whole. If you know of someone who has had a similar experience (good or bad), please contact Sunrise. Sunrise would like to understand the full extent of this problem in British Columbia and Canada and will publish the results of the final survey. 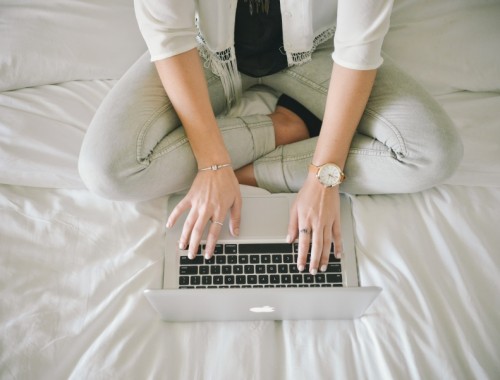 4 Tips for Breaking Away from Electronics

Kids in the Car

It’s Your Child’s Health – Get Involved!