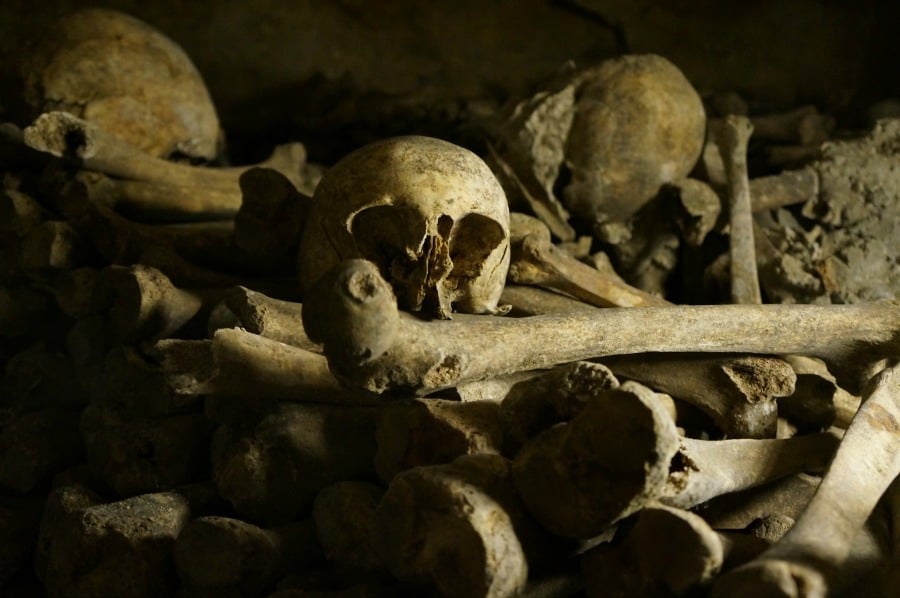 After so many trips to Paris, I finally got the courage to venture underneath the city. The Paris Catacombs, in the 14th arrondisement is an underground ossuary that houses a collection of over 6 million burials – skulls and bones that were moved there in 1774 in order to solve the problems of crowded cemeteries and cave-ins. Mass graves at cemeteries like Saints-Innocents in Paris’s Les Halles district were overcrowded with bodies, and the improper disposal of corpses led to unsanitary conditions that contributed to the spread of disease. Hundreds of years of history can be gleaned from the skulls. 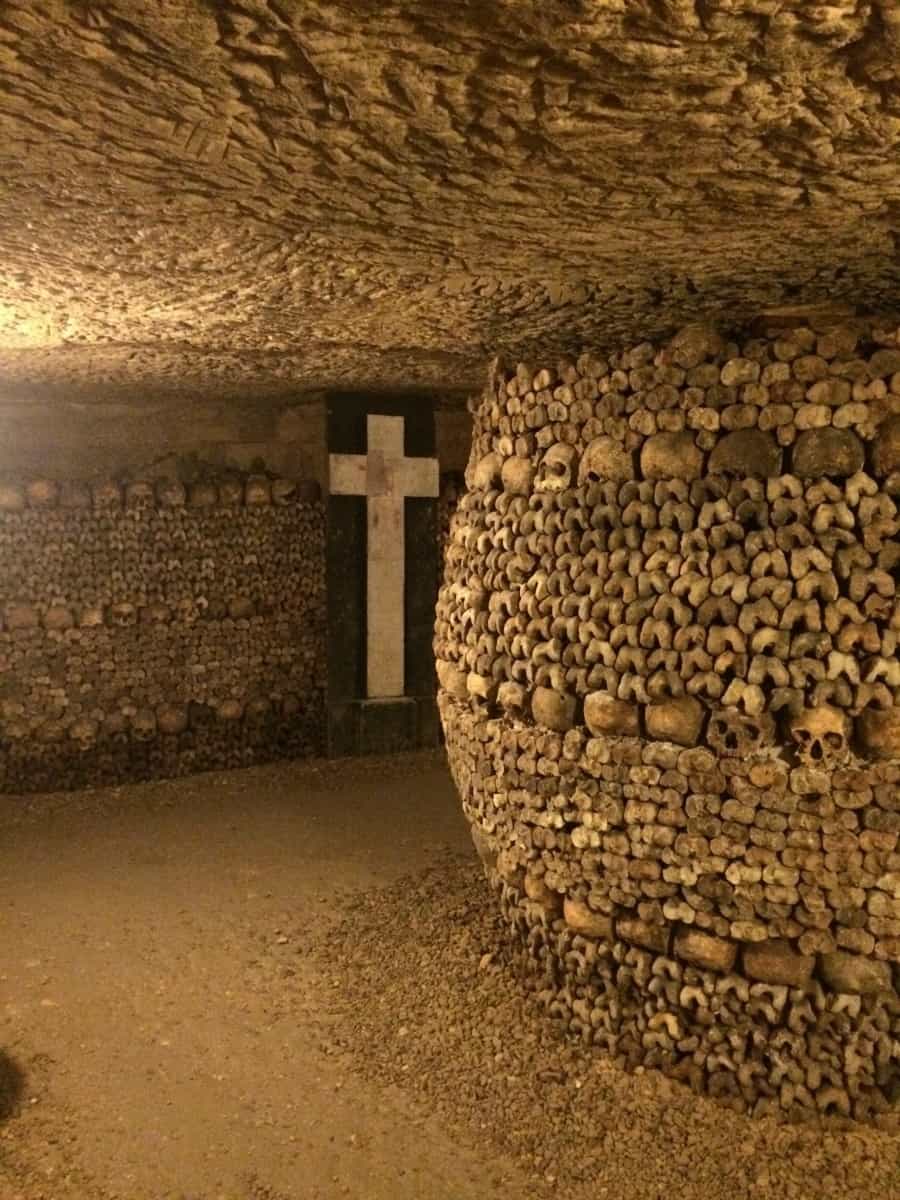 I was a bit surprised that the bones are not behind plexiglass or other protection. You are right there within touching distance, as water drips softly in the damp underground. 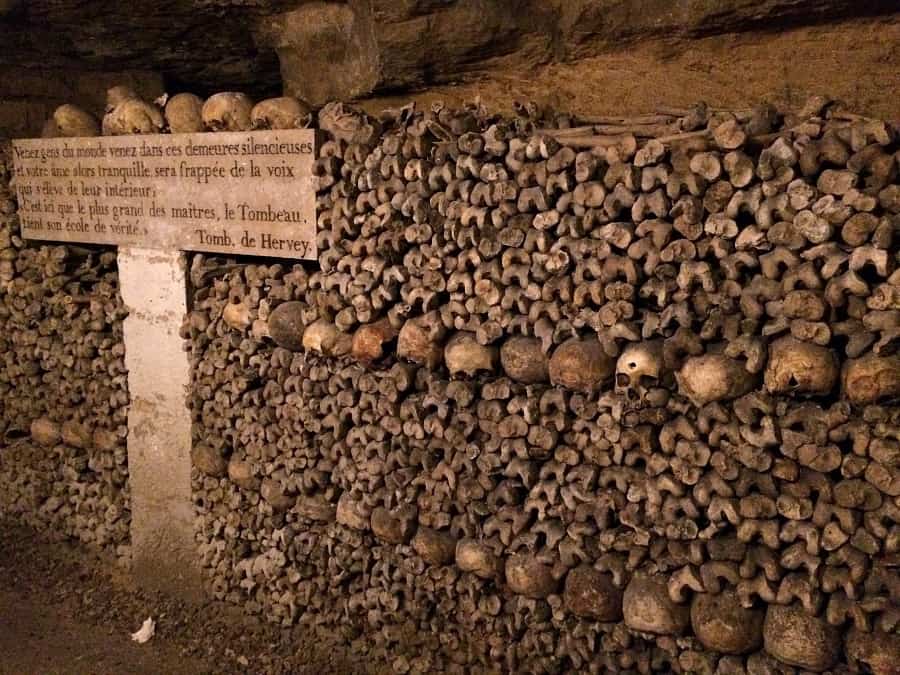 The patterns of bones are artistically assembled to maximize space and pay homage to the dead. Femers on the bottom, followed by arms and skulls. The bones were not always organized, and at the beginning were just strewn anywhere. Around 1810, Hericart de Thury, the inspector of the quarries, had the bones organized. 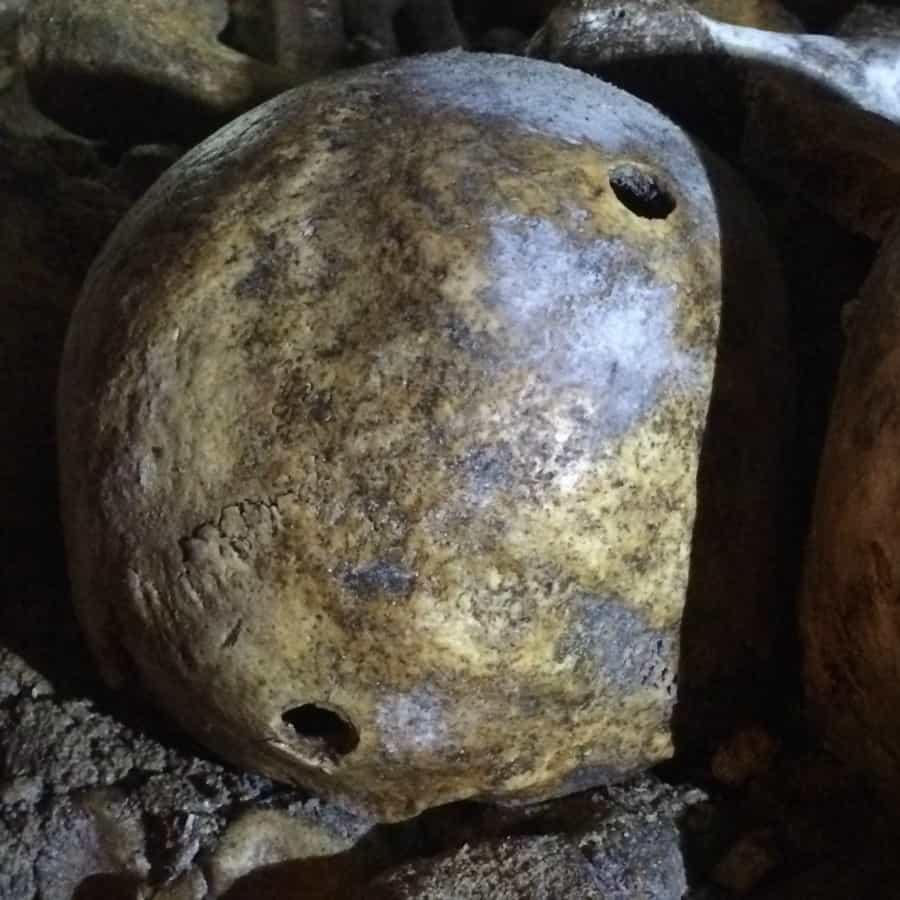 One of our guides pointed out soldiers who had died during the French Revolution, the bullet hole evidence in the skull. Many had protrusions indicating that they were affected by the black death. 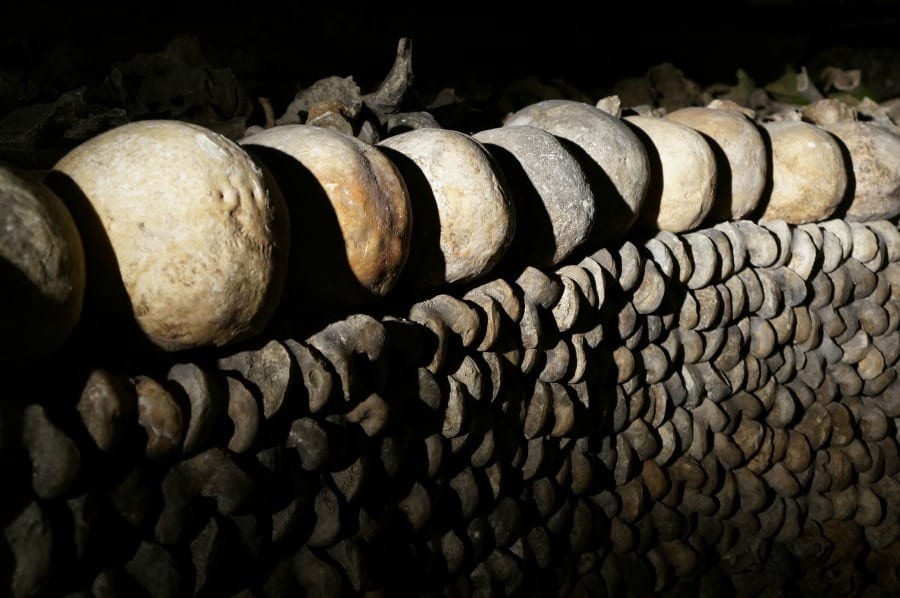 Our stories live on in our bodies. It was a great reminder to care for my own as best I can. 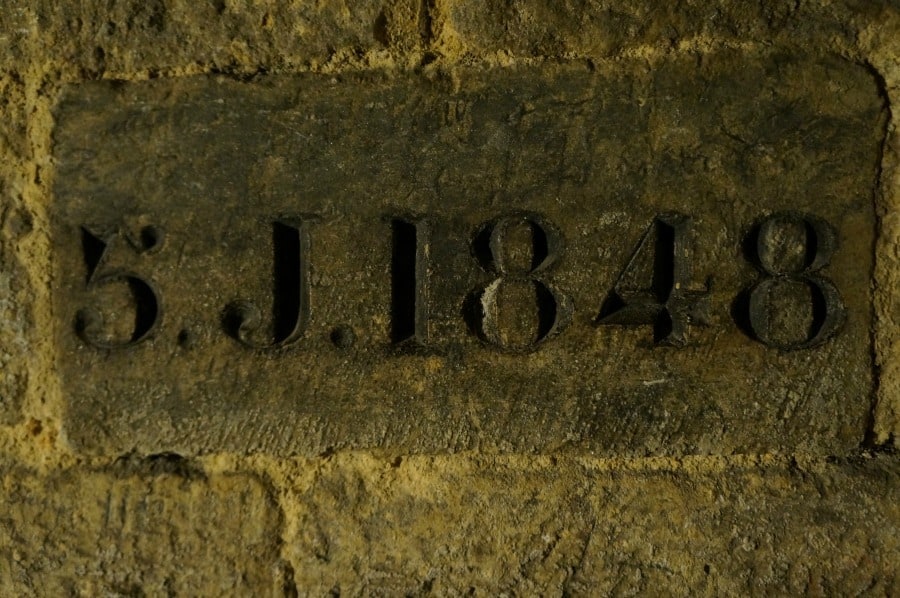 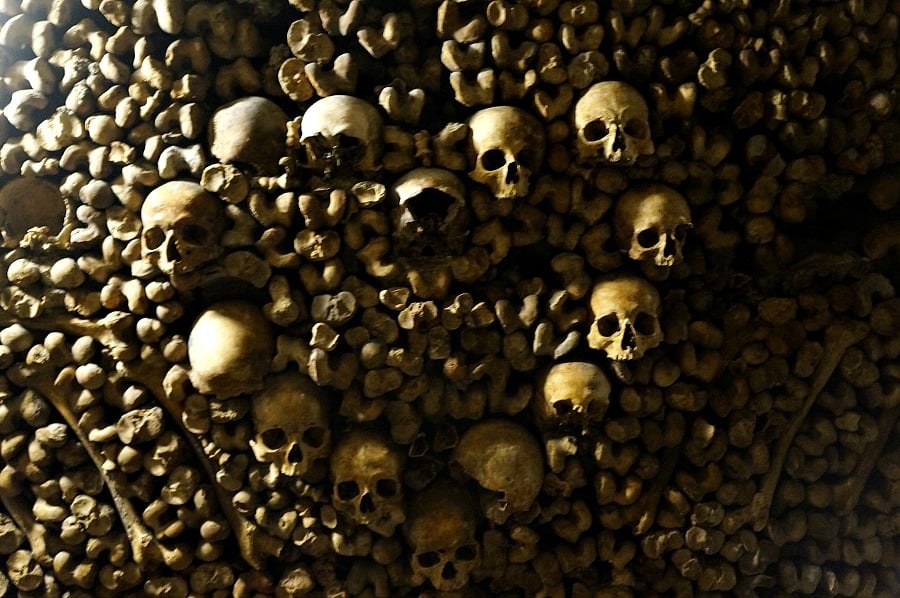 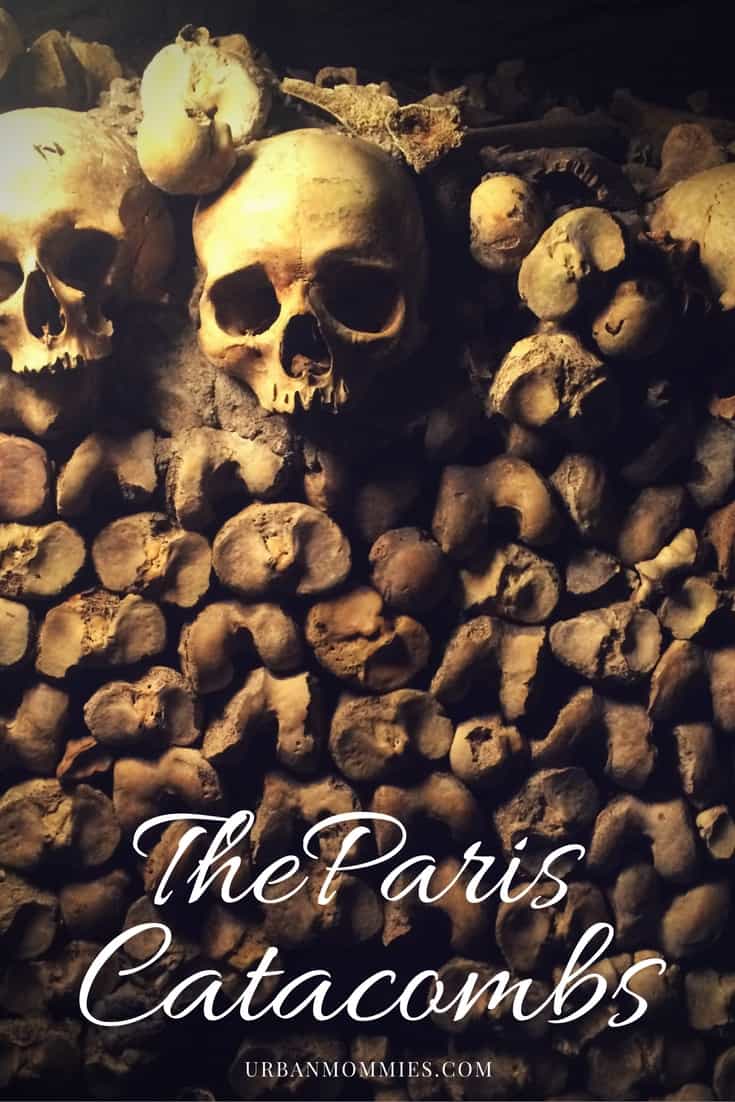 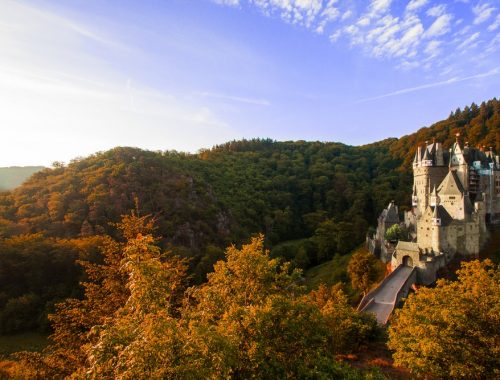 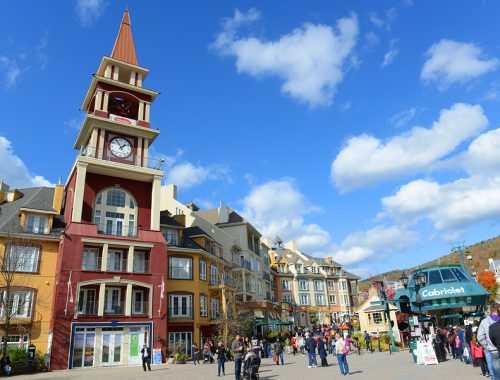