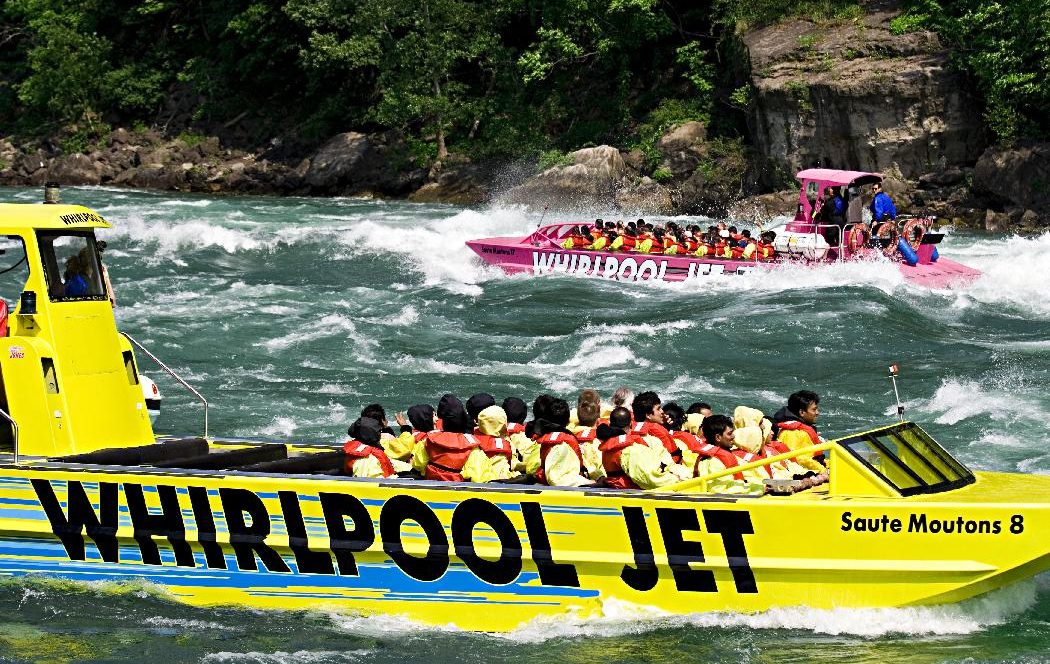 My family grew up and in and around the Niagara area, and my ancestors settled here as they came over from the British Isles. I have two specific ancestral links to the Niagara River. My great-great-grandfather (my grandfather’s father) moved his family to Welland, Ontario so that he could work on the fourth Welland Canal. And I recently discovered that my grandmother’s cousin married into the infamous Niagara Hill family—and her husband died in an attempt to go over Niagara Falls in a barrel.

I’m not that adventurous, but I have a great love of the Niagara Region and have spent some time on many an occasion enjoying the wine, spas, hotels and other attractions in Niagara Falls and Niagara-on-the-Lake. When we were offered the opportunity to do a family jet-boat tour for UrbanMommies, we jumped at the chance.

Whirlpool Jet Boat Tours has been operating in the Niagara River since 1992, and has two operations on the Canadian side of the river in Niagara-on-the-Lake and Niagara Falls, Ontario and an American site in Lewiston, New York. They also have two different types of jet boats, one covered and one open, and the fleet has eight vessels running multiple daily tours. The boats have a triple turbo diesel water-jet system which means they’re powerful and safe in the turbulent white water of the Niagara Gorge. 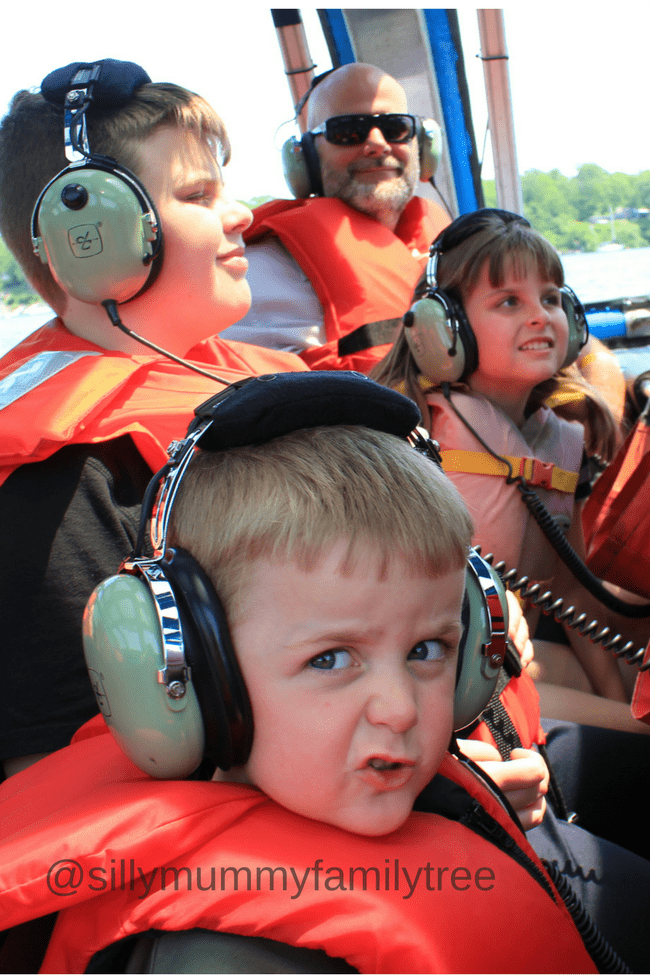 As we took all three of our children, we opted to go in the covered boat (as the open boat doesn’t allow children under six for safety reasons). We were immediately impressed by the company’s safety focus—there was a fifteen-minute safety briefing prior to “suiting up”. As both the open and closed boats were embarking at the same time, we saw that in addition the life jackets we were provided, the open boat was provided lockers to stow personal items (for safety and so they don’t get wet), rain gear and a fleece (because even though it’s June, the water’s still pretty cold).

The tour company provided plenty of pictures—there was a photo op for each party as they boarded the boat, pictures as we were suiting up and a Go-Pro on the inside of the boat. If you didn’t bring your own camera, you could either purchase individual prints at the end of the tour or opt to get a flash drive that included all the photos of the tour as well as a two to four-minute video highlight.

Our captain Shawn and tour guide Kathleen made sure that we had a thrilling experience as we powered through Class 5 rapids up the river to about a mile under Niagara Falls. It was quite a warm day, and the Kathleen opened the windows in the calmer parts of the river to let some air flow through. The boat was very water tight as we dipped and dug into the deeper parts of the rapids.

At the start of the tour, the windows were open as we passed both Old Fort Niagara (on the American side) and Fort George (Canadian) and learned a little bit about the war of 1812. As we got further up the river, we were invited to put on noise-cancelling headphones so we could continue to hear the guide describe all the sites and details of the river.

We slipped under the Niagara Suspension Bridge and passed both the American and the Canadian power plants—both very imposing structures built directly across from each other. The stations use the violent power of the water to generate electricity for parts of both Ontario and New York State and together form the largest generators of hydroelectric power in North America.

I was amazed as we powered through what were very clearly quite turbulent waters and saw people at the side of the gorge sunning on rocks, fishing, and even dipping their feet into the water. Devil’s Hole State Park has a walkway that leads right to the water and offers an up-close, spectacular view of the gorge’s rapids—but not as up close as we were in the boat! 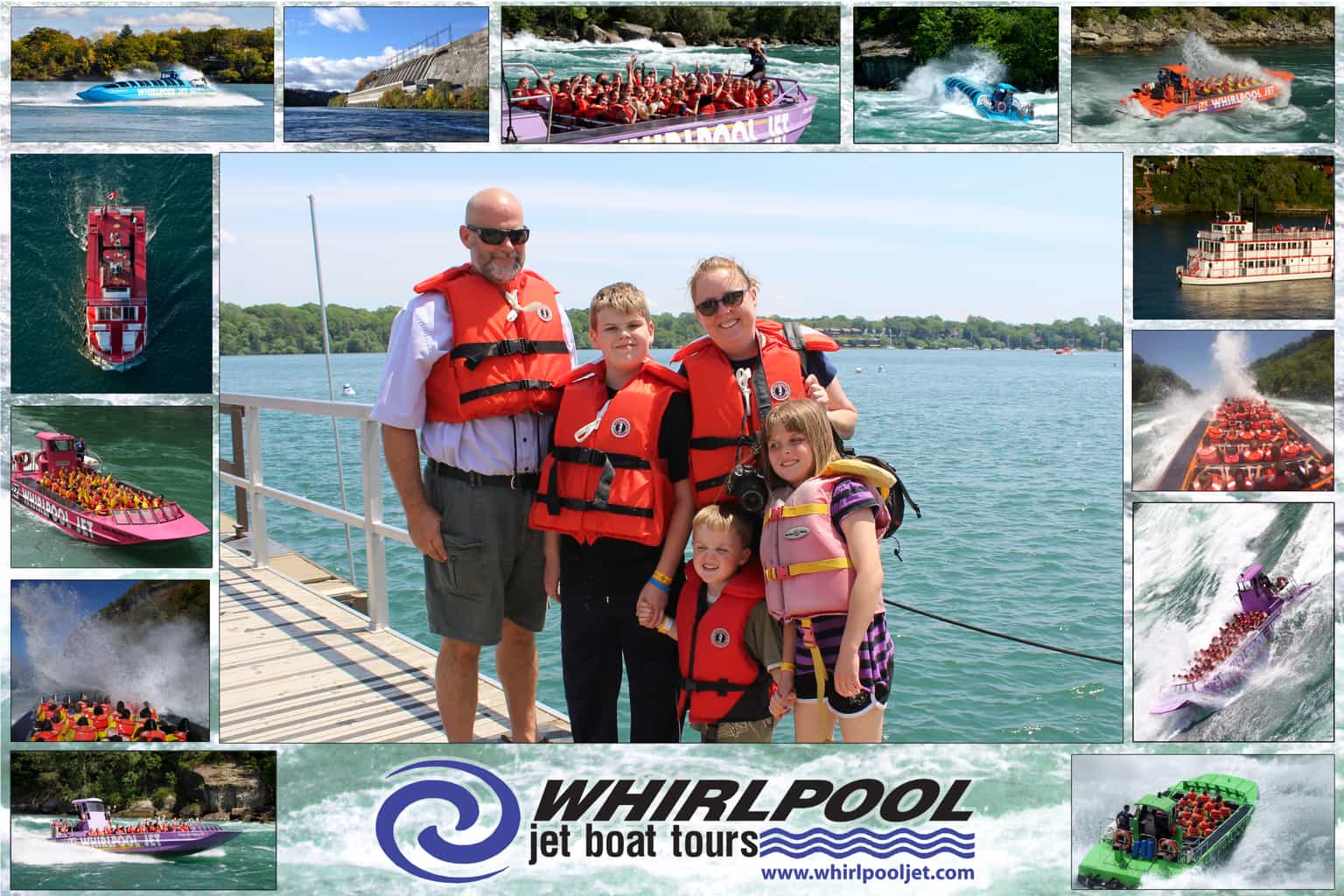 Our captain was clearly very familiar with the forces surrounding us and deftly led us through very powerful waters, even performing some special tricks like the “Hamilton Turn.” We experienced 4-6 foot waves and currents approaching 32 kph. It was pretty lumpy, but thrilling as we headed back for a second tour around the whirlpool.

The only part of the tour my older kids weren’t too happy with was the windows. It did get quite stuffy and warm when they were engaged, and they wanted to experience the thrill of the water in their faces—so another trip on the open boat when our youngest is a bit older is definitely in order.

As far as trips go, if you’re in the Niagara area and looking for a thrill, I would definitely recommend Whirlpool Jet Tours, either as a resident or as a tourist. It has a bit of everything for all of us—thrill and adventure with a bit of history and geography thrown in. You can find more information or book your own tour at Whirlpool Jet Boat Tours. You can also follow them on Facebook, Twitter and on YouTube.

We were provided with family tickets for this review, but all opinions are my own. 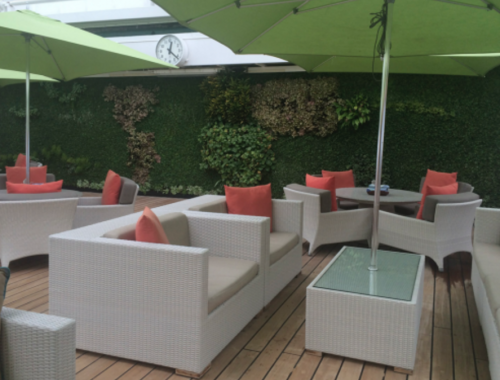 Crystal Symphony Gets a Makeover

Traveling Through US Customs with Kids