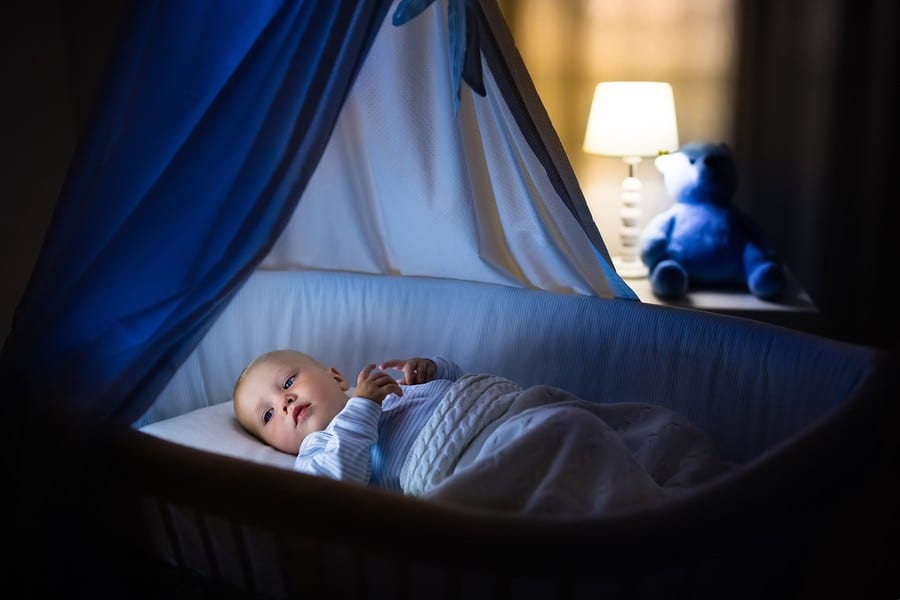 My 3 month old is not sleeping at night, help!

Q – Hello, I am hoping you can help me with the problems my baby is having with sleeping.  She is a happy 3-month-old. When she was about 2 months she would not nap during the day without me holding her, so I started to put her down in her bassinet when I noticed she was getting tired (eye rubbing, yawning) the same way as I would at night. I would rock for about 5 min until sleepy. As soon as I started doing this it worked like a dream and her night time sleeping improved. She would sleep about 5-6 hours straight before waking up. Now that she is 3 months things have changed and I don’t know why. She won’t sleep more than 1/2 hour to an hour at a stretch during the day and is waking every 3 hours or less during the night. Our nighttime routine includes a bath, breastfeeding, and a story if she can stay awake. After her bedtime routine, I rock her for a few minutes until her eyes are starting to close and then put her in her bed. She is quite easy to put down initially but she will wake after 1/2 hour to 1 hour of sleeping soundly. From this point on it will take another 2 hours for her to actually get to sleep. She will wake about every 10 – 15 mins crying, I go in and settle her down without picking her up (stroking her hair and patting her), and this will continue over and over again for 2 more hours Is she too young to have her own self-soothing techniques? I am not comfortable with letting her “cry-it-out” though I do let her cry for a few minutes. Once she is actually asleep getting her back to sleep throughout the night is relatively easy, but she is still waking so often which I can’t understand. I usually end up nursing her when she wakes or I’ve been trying not to every time and give her the pacifier. I hate using the pacifier to get her back to sleep since she is still feeling the need to suck in order to get to sleep. By 3 months she should be sleeping longer not less right? Please help with any suggestions.

When Your 3 Month Old Won’t Sleep

A – I hear lots of complaints from parents about babies who slept better until they hit the 3 month mark – here are a few reasons why that happens as well as what you should keep doing and not doing. A healthy 3-month-old has the ability to sleep for 11-12 hours with 1 – 2 feeds within that 12 hours – (provided that they are a good weight). Bottle-fed babies would need approx 1 – 2 feeds in there still and a breastfeed baby would need 2 maybe 3 feeds in there still. A 3-month-old baby should also be taking 3 naps a day for a total of 3.5 – 4 hours in total with the first two naps of the day being longer and a third brief nap in the afternoon. As a newborn your baby would of entered REM (light sleep) immediately after falling asleep – but by 3 months of age this changes and they enter NON-REM (deep sleep) first they can transition from awake to deep sleep within a few minutes. At this time it is normal for babies to wake up several times a night – with the first arousal taking place around an hour after falling asleep and the remaining in the second part of the night – but only they can help themselves get back to sleep if the conditions in which they wake up are the same as those that they fell asleep in.

Also by 3 months of age a baby’s awake window has gotten slightly longer with the most wakeful period being in the late afternoon and diurnal patterns are also being to form (sleep/wakefulness). First of all – stick with your pre-bedtime routine – this lets your baby know what comes next and is a nice end to the day. Carry on going in to see you baby and stroking her head but not so frequently and increase the time in between your visits – start to pull yourself further away so that she is not relying on you to help her fall back to sleep. An overtired baby will cry more at bedtime and can wake more during the night than a well-rested baby – 8pm is quite late for a 3-month-old – so work on bringing bedtime forward to 7pm or earlier if it works for you. If you set a bedtime of 7pm then you also need to have a wake-up time so that there is an end to nighttime for your baby. A baby going to bed at 7pn will have an awake window between 6 – 7am. You may also benefit from using some white noise – which will mask other external noises from interfering with your baby’s sleep at both nighttime and naptime.

She is old enough to be able to self soothe – but it will be more difficult for her with a soother as a soother will stick support the sucking which is highly soothing to all babies. With a soother though – (not with all children but with a high percentage) the soother pops out of the mouth frequently and then you have to keep getting up to put it back in again. You would have to remove the soother at some point so it would be better to remove it now whilst you are spending so much time assisting her with better sleep habits. Remove the pacifier and don’t give in to your urge to breastfeed her back to sleep – it would be easier and you know that this would work but it is only a short term solution. 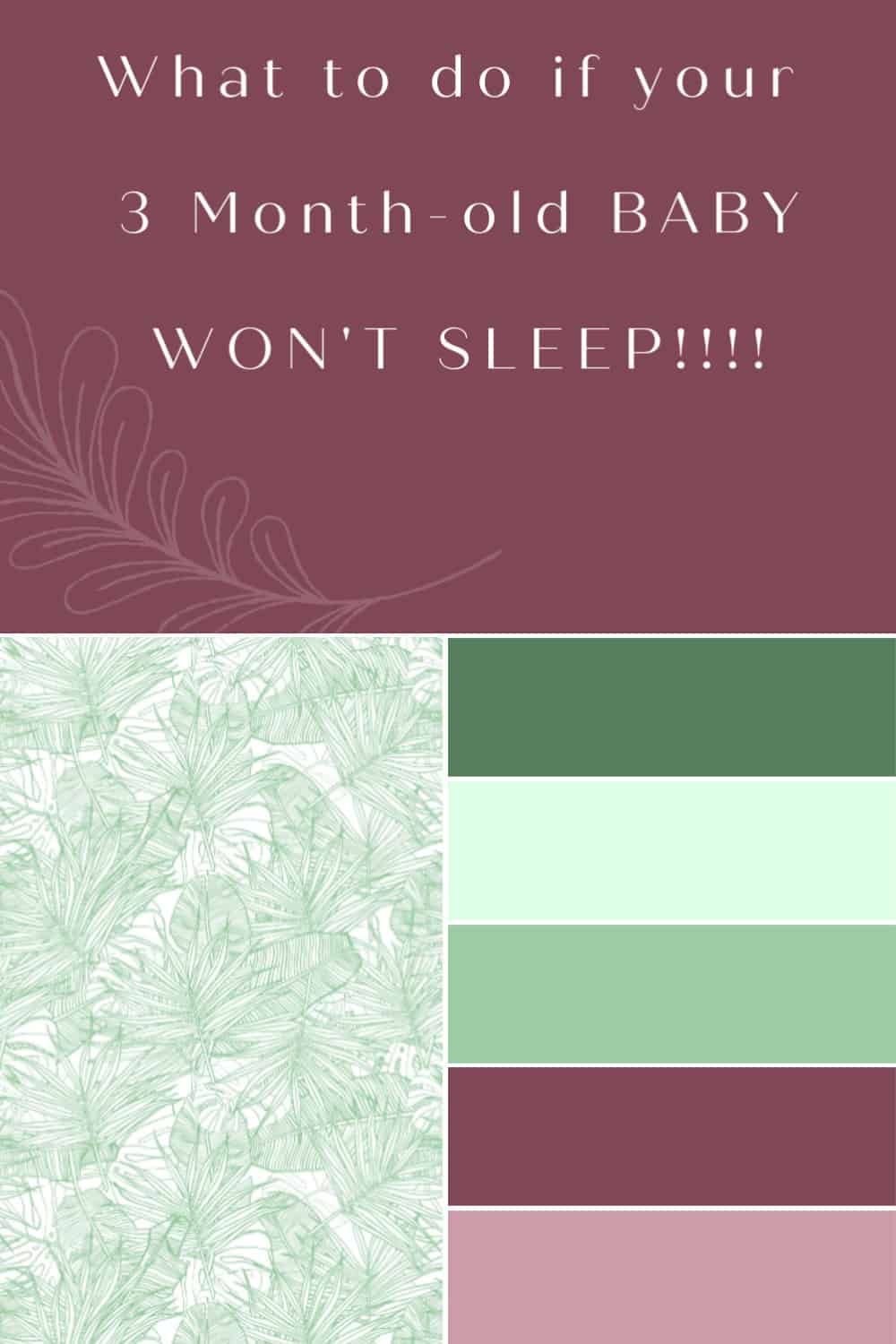 Dawnn Whittaker is a baby and child sleep consultant and lives in Langley, BC. She provides sleep solutions for families throughout North America on an individual basis. Her approach is to first asses the sleep pattern and then put together a sleep plan that reflects the parenting style and supports them through the transition. 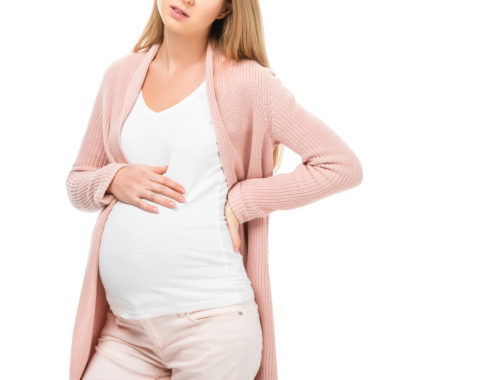 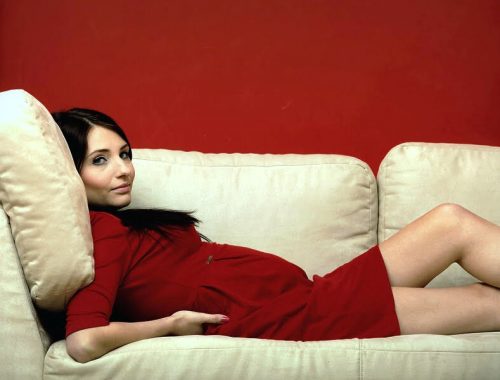