McDonalds All-Access Moms: Balanced Impressions from Inside the Arches 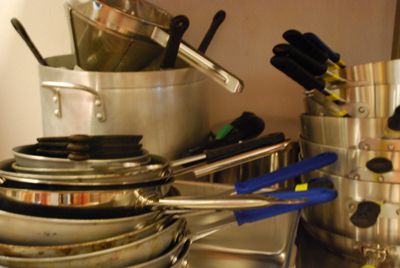 Dichotomy.  Ying and yang.  That’s all I can think.  The All-Access Moms program is exciting but controversial.  One glance at Twitter and that becomes apparent.  But McDonald’s opening up their doors and business to prying eyes and questions must be nerve-wracking for them too.  I have witnessed so many things already, and now ask readers to hear me out.  There will be negatives and positives.  Please try to hear each.  We have not been hired to convince anybody that the whole menu at McDonald’s is healthy.  We’re not here to tell you to eat there daily.  We’re being shown the behind-the-scenes stuff to really see the operations and what goes into the food.  And we’re not being edited.  As promised, I will address each of your questions on UrbanMommies.com as I find the answers – the first few Q and A are located here.

The first trip was intense. A few comments and impressions: I was pretty surprised that they use ingredients like Becel, Higgins & Burke teas and other brands I have around my own kitchen.  I can’t believe that Ronald McDonald houses are full 365 nights a year.  The senior people have been there for years (And they’re skinny and totally proud to be working for McDonald’s.)  Some of the reaction to the program has been disparaging. I (and the other 2 English bloggers) have been slandered on Twitter for participating.  We were dubbed ‘rainforest killers’, deemed to be ‘pimping our kids for profit’, and it was decided that we are ‘going to hell’.  Ironically, the controversy and lack of intelligent discussion has made me pay even more attention to what I am learning.  Juxtaposed against the genuine openness of the McDonald’s staff, I must admit that I’m listening hard.

Day One:  Corporate Headquarters and restaurant tour in Toronto. After meeting with the senior executives of McDonald’s Canada, we toured a restaurant and saw the processes behind the counter.  Here’s the good and bad.  Good: freshness of food, efficiency of production, and the treatment of staff were amazing.  Food safety was extraordinary.  The cleaning schedule for the play area was impressive, as was the fact that the cleaning solutions are child and earth-friendly.  Bad: they need to compost and recycle more.  Sometimes food safety and efficiency took precedence over environmental issues.  (Such as dumping a stale salad in the garbage instead of putting the lettuce in a compost and recycling the container.)  Also bad: the highchairs.  They are wiped down, but never get ‘Mom-clean’.  At the Innovation Center we suggested they invent a new highchair design that can be more easily sanitized.

Day Two: Chicago.  Test Kitchen with Executive Chef Dan Coudreaut and then Hamburger University.  We made smoothies (recipe on UrbanMommies) which are currently available in the US and are offered at select restaurants in Canada. Smoothies will be offered in most Canadian restaurants later this year or early 2012. Dan and his team consider every ingredient when creating menu items.  No food is off-limits and they try things in creative combinations.  I asked about adding quinoa and different grains, and they had already experimented with many of the ingredients I was suggesting.  I was interested in the varying foods offered in different countries.  There are even kosher options in Jerusalem.

It was apparent that McDonald’s is a business and is run as such.  I thought the questions posed to Dan were pretty heated, and was really impressed with how they were handled.  The bottom line is that it is a business, and if the business felt that people really wanted whole wheat buns and veggie burgers, they would change the menu.  But the majority of the 28.5 million people who eat at McDonald’s in North America every day don’t want that.  In tests in Seattle and Boston, veggie burgers didn’t sell.  The customer is the focus, and there are constant trials and tests in the restaurants to determine what the customer wants.

It was announced in the US that the Happy Meal is being made healthier.  Changes will also be made to the Happy Meal program in Canada, but with Canada at a slightly different stage in menu evolution, the changes will not be the same as the US.  Canada had already introduced 1% milk in 2004, apple slices in 2006 and reduced-sodium grilled chicken snack wrap as a Happy Meal option in 2010.  The new Canadian Happy Meal platform will see the automatic inclusion of a 50g serving of yogurt along with a reduced portion of fries.  As before, apple slices can be substituted for the fries.    This brought us into long chats about happy meal ‘issues’.  I don’t buy happy meals often, as there are healthier choices on the menu. Parents have the money and make the decisions on what their children eat.

Hamburger University was cool.  I love that the credits people earn there can be applied to college programs and people earn degrees.

Day Three: The Innovation Center.  This is where things got interesting.  The Innovation Center, originally opened in 1995 as a 5000 sq. ft facility, is now a 5x larger, fully equipped facility where new products, cooking methods, computer systems and processes can be tested.  Any restaurant in the world can be ‘replicated’ – from the positions of the counters to the location of computer monitors and cooking stations. There are 30 patents that have come out of the facility. Teams of employees act as customers or servers and there is even a drive-through window.  On some days food is produced and others it isn’t.  On days when food is produced, some of it is discarded and some is consumed.  (French fries and anything with mayonnaise are not safe to keep).  Cheeseburgers, nuggets and other sandwiches are frozen and sent to the food bank twice each week.  For some readers this waste will be controversial.  The Innovation Center exists in order to make the more than 30 thousand McDonald’s restaurants more efficient, and to sacrifice a few French fries in one location in order to save millions of potatoes from being thrown out around the world?  I think it’s worth it.  This is just my opinion and I know that others do not share my view.

Overall?  I am glad I am participating.  I knew it would be controversial but I am happy for the questions and discussion from the parenting community.  In the end, we are all responsible adults and have control over what enters our body and those of our children.  I’m really glad that when I choose to eat at McDonald’s, I will have a better understanding about what is going into it.  I think the corporation needs improvement in a few areas, but I was impressed at how open they were to our suggestions and questions. 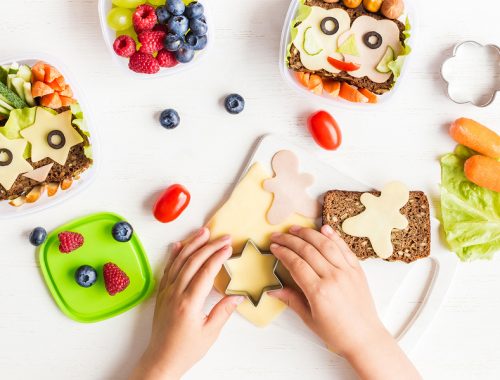