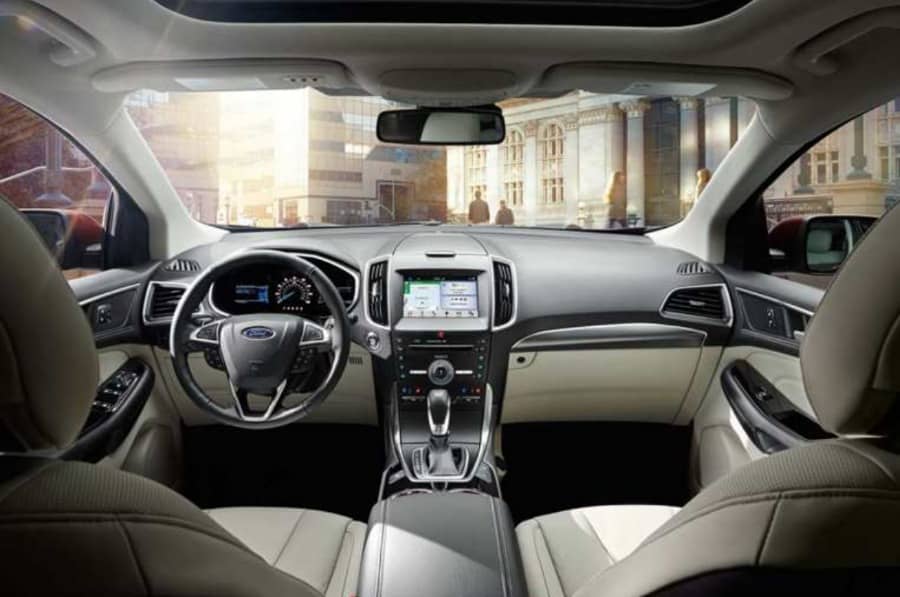 I recently took the Ford 2017 Edge Ti for a spin and I was quite impressed. When I was behind the wheel, I felt as if I was driving the Batmobile or an F1 car even though I was at a normal height from the ground! The brightness of the interior as you get into the vehicle was immediately apparent, given the extra large sunroof that spans the length of the car. 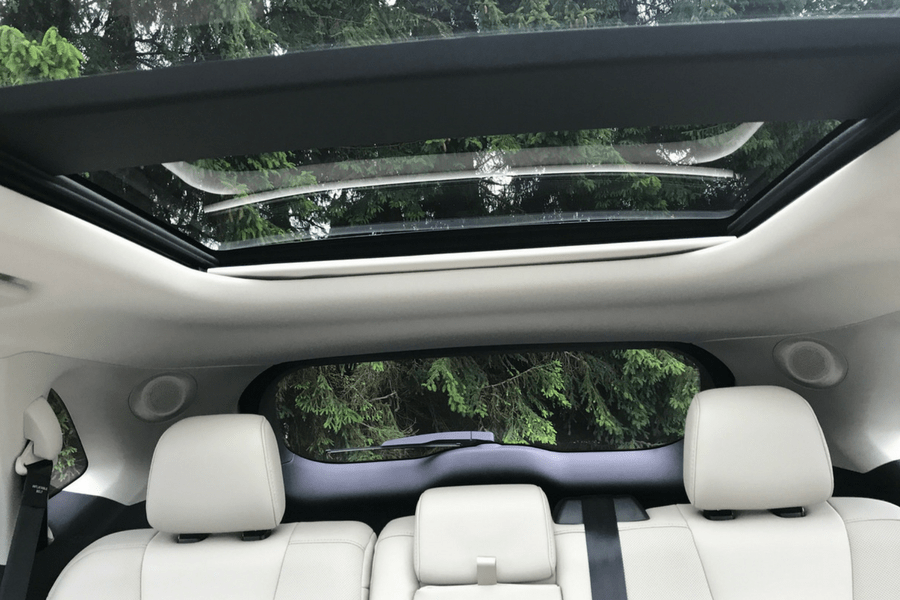 Though the car is spacious, I felt as if the seat was hugging me and I was able to control the car easily as a person of smaller stature. The 10-way power driver’s seat made the fit exceptional. Thankfully, there will be no fights over who gets to drive, as the passenger’s seat offers the same comforts. There is an option for heated rear seats and both heating and cooling in the front seats as well. My kids delighted in this rear seat option! 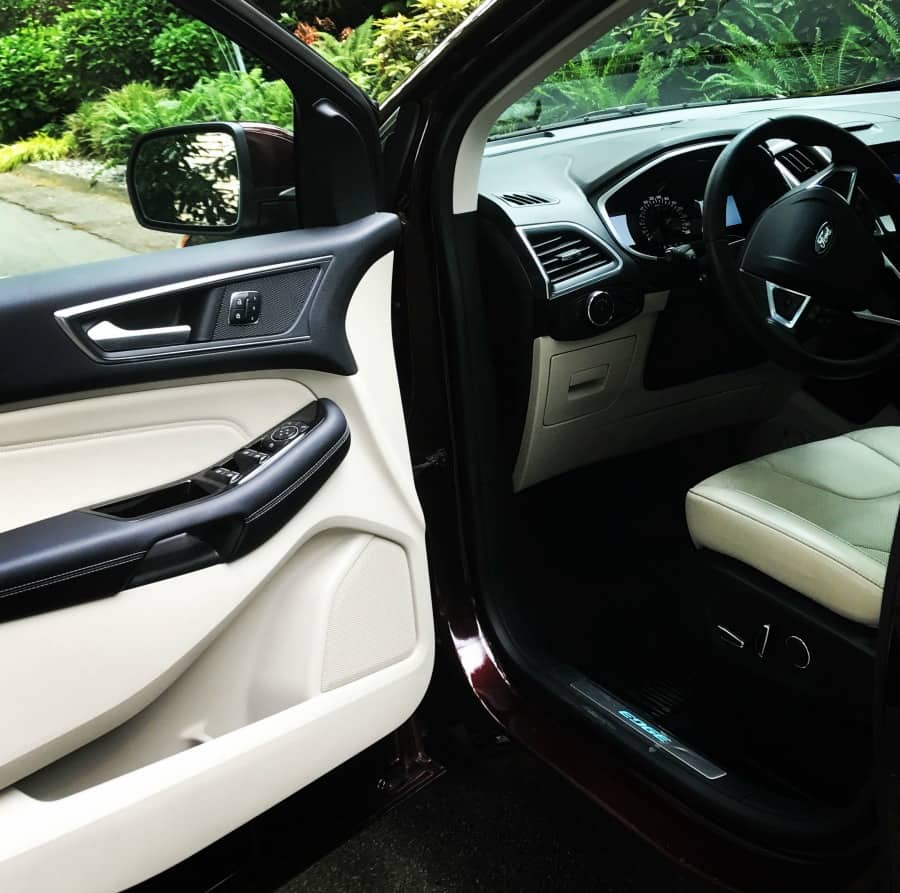 The leather-wrapped gear shift and steering wheel felt incredibly luxurious, but there were a couple of simpler options that delighted me even more. There are not only removable inserts for the cupholders that can be put in the dishwasher in the front seat (something I suggested to Ford when I visited head office several years ago) but there is also a removable insert that allows you to have an extra short cup of coffee or drink and gain access to it fairly easily. Bliss! 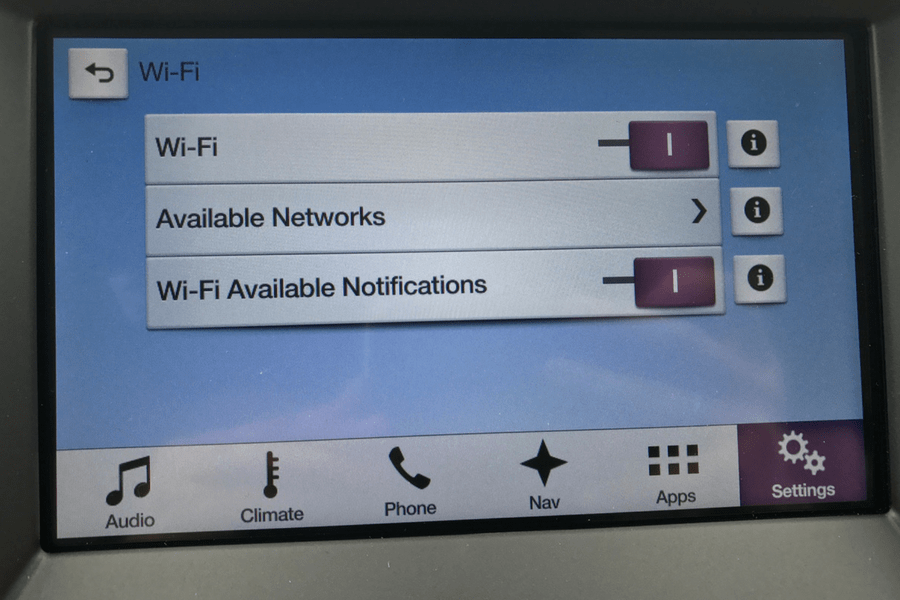 Not only did the four 12-Volt Powerpoints keep tech charged, but the in-vehicle wifi was, of course, a bit hit with the Minecraft-loving boys. The touchscreen was very easy to navigate and proved to be intuitive without distracting me from driving. 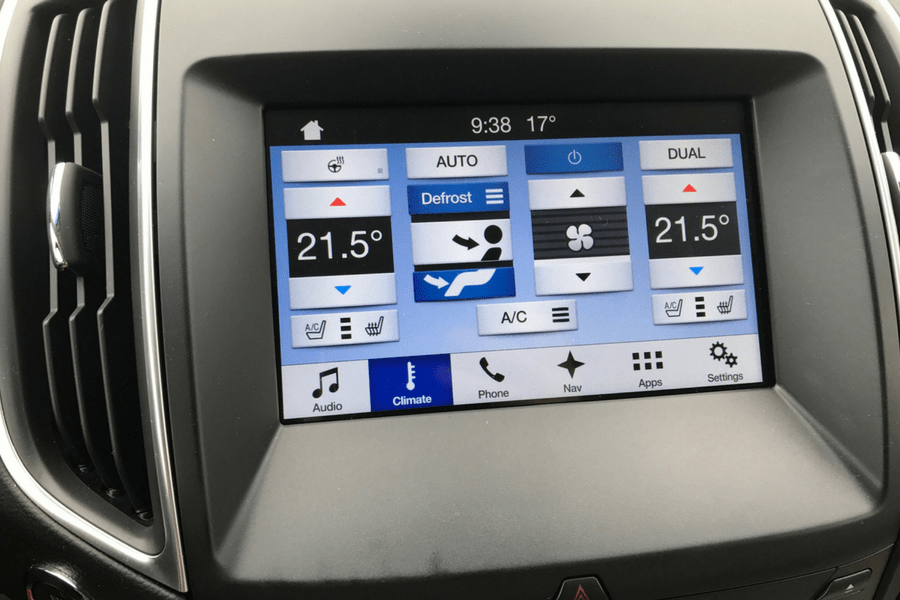 Another great feature of the Ford 2017 Edge Ti, which Ford has become quite known for, is the foot-activated hands-free power liftgate. A must when carrying a baby and too many groceries. Compared with other car models I have tested, it is more responsive and easier to master, yet doesn’t open every time a critter runs underneath the SUV. 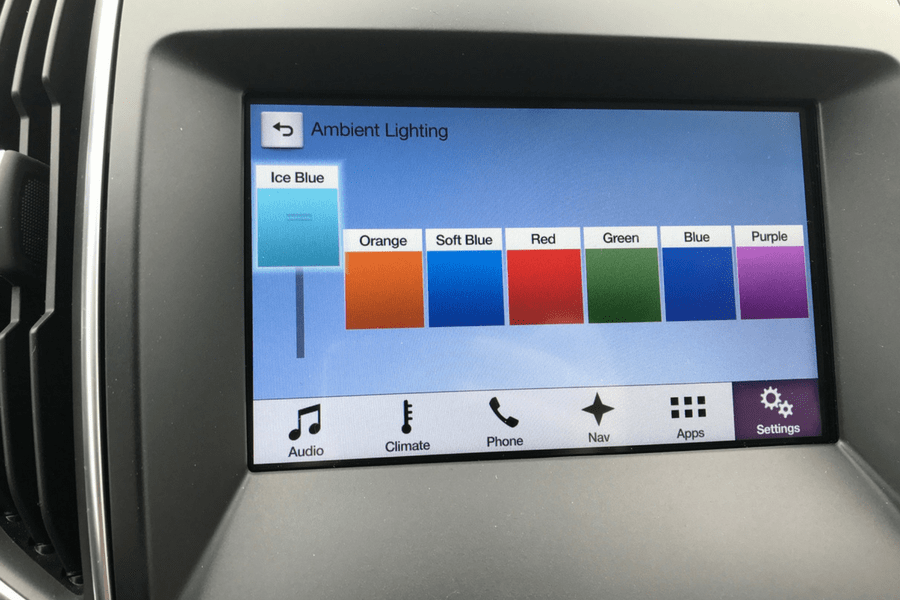 A crazy but delightful feature that made me giddy was being able to set the ambient lighting to suit my mood. Ice blue was a favourite. Colour therapy at my fingertips! 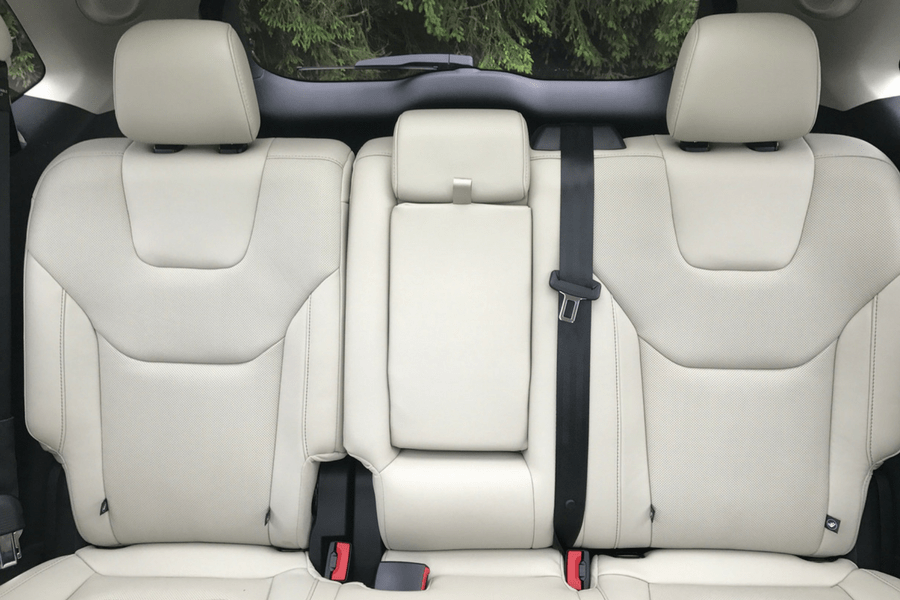 I love a heavy, powerful vehicle. This one is very heavy and substantial and it’s my impression that the car handles in a very responsive way. It turns on a dime and the sightlines are some of the best I have seen. The lines on the upholstery emanated movement and fluidity, and each component inside – from the turn indicators to the sunglass holder – was solid and felt as if it was built to last.

The Ford 2017 Edge Ti left an impression on me. It’s a high tech, safe and responsive ride that I thoroughly enjoyed. While the Wifi was strong, the best connection I felt was with this ultra-sleek vehicle and the open road.

The Day I Put A Christmas Tree in a Honda Odyssey 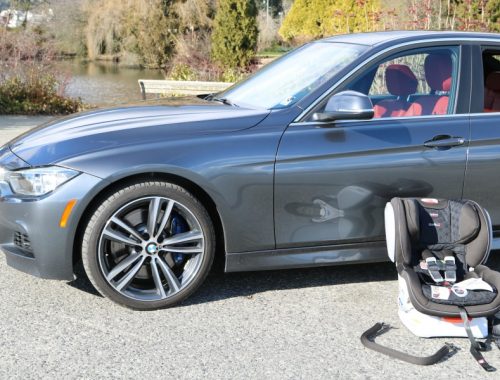