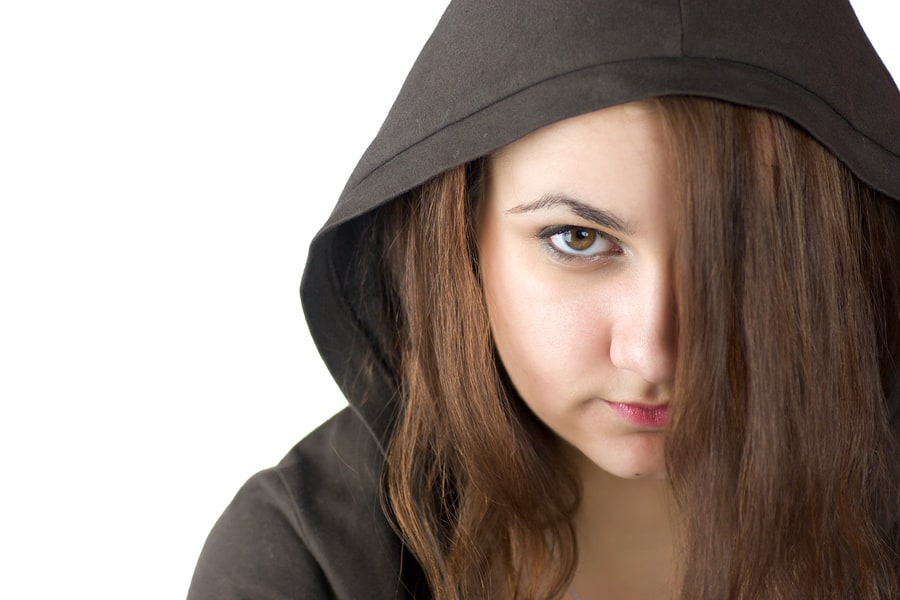 When the Bully is The Girl Next Door

She is beautiful. She doesn’t know it, not yet—but she is starting to become self-aware. When I looked into her face, she wouldn’t meet my eyes as she allocuted and apologized, in that soft voice. I absently noted that her eyebrows were growing in, heavy and awkward. The arch seemed wrong. I realized that it was something she had done herself, probably from a video on YouTube, or one of the many sites she visits on her phone and her tablet. She doesn’t have limits on her screen time, she never has.

I processed this as she finished speaking and thought I could step up and give her some guidance with her makeup. She lives with her aunt and uncle, themselves childless and older. I was certainly no expert, but I thought I could help, or at least minimize the damage.

Then I remembered that I hadn’t decided whether I was going to allow my son to be her friend anymore.

Those are nice flowers in your backyard, read the text message on my son’s phone. I can see you riding your bike.

We were so excited when we first realized there were children across the street, a girl and a boy. Lissa* was shy and lithe, her equally shy younger brother was called Alex. I was so grateful that my kids might have friends on their street.

The first time we saw them was in the heat of summer, and my 6 year-old son, the water gun freak, was storming the front yard—mud and water everywhere. Lissa clearly wanted to join, so I showed her how to use a Super Soaker. Told her that when my son ran out from behind the house, we’d ambush him. Just wait for my signal.

“Now!” I shouted and she gleefully aimed and pulled the trigger.

And shot him in right in the face. It hurt, and he turned to her and said, “I hate you!!” and ran to his room.

I held her while she cried, and told her I had shot him in the face a billion times and he always forgave me. Sure enough, he came out five minutes later, ready to go again, no harm done.

By twelve years old, they’d been friends for half of their lives, my son and the girl next door.

The text messages started that evening. After spending a lazy summer day with Lissa and another friend, and showing the first signs of the dreaded teenage “I don’t have anything to do” angst, my son came home and decided he’d rather stay inside. The messages started out friendly enough, claiming to be from a female classmate he didn’t know well, on a number we had never seen before. But when he didn’t respond they became hateful and threatening. Stalking updates detailing how he spent his day, what he was doing at that moment. Then came inappropriate implications about his relationship with his homeroom teacher that visibly embarrassed him and enraged me. The final message: I’ll be in your house tonight, and I will kill you.

We texted and called the number to no response. We agonized over calling the police—I have a low tolerance for harassment, but we didn’t want to overreact. None of this made sense. I asked my son again if he knew this girl, and he only said no, but that Lissa didn’t like her. I began to feel the itch of suspicion. “How do you know?”

Fifteen minutes later two tearful, but defiant twelve year-old girls were on my front porch. The story emerged: Lissa and a friend had been using a texting app to anonymously threaten my son and blaming an unsuspecting girl that lived near us who they didn’t like. Both girls were into online pranks and urban legends. It was the smartphone version of the slumber party prank call, gone way too far.

So what should I think? Was she a developing bully, or was this just a prank spiralled out of control? On the one hand, this wasn’t the first time she’d shown me this side of herself. On the other hand, she baked and worked on craft projects with me in my home. She helped my son with school projects and taught my daughter how to rollerskate.

This didn’t make her a “bad kid” did it? Wasn’t this just bad judgement, worsened by two friends encouraging each other?

I relayed the story to a mommy friend, who dismissed it with a shrug and said “Get used to it. That’s how all girls act.”

“Just girls being girls,” my neighbour said. “You remember.”

I did. But that didn’t make it okay.

“Negative messages about “mean teens” which make for great press, end up stereotyping girls and creating an expectation that such behaviors are normal. The latter is particularly damaging because it perpetuates the notion that nothing can be done, because, after all, “girls will be girls.” ~ Girl Wars: 12 Strategies That Will End Girl Bullying

For my part, I am guilty of allowing some red flags to go unacknowledged: she is the undisputed ruler of the neighborhood girls. She is not physically aggressive, but passively so and those who don’t want to play by her rules are quickly on the outside. We used to be friendly, but now she hides behind a curtain of hair when I’m around.

I know something of her past and she’s already learned about loss and abandonment. About how powerful an emotion that anger and sadness can be—and how it must feel to wield power over the emotions of others.

“In the short term, girl bullies often are rejected by peers and lack meaningful relationships. In the long term, “these girls learn to manipulate people like chess pieces. Unfortunately, this can harm their ability to have meaningful relationships and successful careers.” ~ Charisse Nixon, PhD, Assistant Professor of Developmental Psychology, Pennsylvania State University

In addition to the nature of the threat, I am particularly dismayed by their choice to single out and blame another girl they didn’t like. It is tempting to wash my hands of the whole thing by moving to end her friendship with my son.

But it doesn’t solve the problem. They ride the same bus to the same school and shutting her out as punishment only confirms the power of exclusion as a weapon. Not to mention, I’m not sure that it wouldn’t make things worse.

So what to do, then?

As a parent, my first concern has to be the well-being of my son. He has to know that I will not stand by and allow him to be treated like that. That it isn’t his fault. And should it come to that, he needs to know that it’s ok to let an unhealthy friendship go.

For his part – he’s ok. He’s tried to interact with her since, and she’s not interested. He’s spending time with summer camp friends, and perhaps with time this will blow over.

I think there is an opportunity, here.

I have to be the grown-up. Rather than meet her silence with silence, I greet her cheerfully whenever I see her outside. Most of the time, she goes right back inside. I want her to understand that I was angry – but that anger shouldn’t be forever. I try to be more aware of reactionary emotions. Much of the time, since adults have to be the responsible party, we blur the lines of assertiveness and aggression and ignore the minor ways that we condone bullying – such as dismissing a boy’s complaint because the aggressor is “just a girl.” In addition, be careful that I am not modeling the same kind of behavior that I am condemning her for. I already have a strict “no exclusion” rule in my house. I am the only parent on the block who enforces it, and I have been challenged for it. It seems intrusive – but barring exclusion for a concrete reason, everyone who wants to play, plays – or no one does.

Why do I care, when she’s not even my kid?

Because I think that grown women who know better have a responsibility to model inclusive, forgiving behavior when possible – and take advantage of opportunities like this, when we can. Because while she may not by mine – she is someone’s daughter.

BC Healthguide and 811 Nurseline 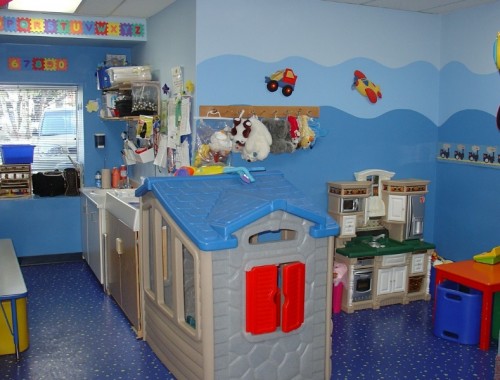 Tips for Organizing Your Child’s Room